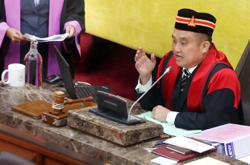 ON A Sunday morning, a plainclothes officer looks like another commuter waiting for public transport.Unknown to the public, he is part of a team from Klang Municipal Council (MPK) Environmental Services Department’s enforcement division.

He waits patiently, watching the commuters at Jalan Pos Baru, a hotspot for littering.

MPK enforcement officer in charge of the anti-litter squad Aswarizal Mohd Wazib said the men worked in teams of two and they watched for offenders.

“When someone is caught tossing a cigarette butt to the ground or even discarding a tissue through the bench slats, our personnel approach them and identify themselves as MPK’s enforcement officers before issuing on-the-spot fines of RM10,” he said.

“It is tough at times as people refuse to pay the fine.

“In such cases, we get them to pick up litter for five minutes and give them a warning,” he added.

Most of the time, litterbugs are caught unaware as the enforcement team moves around in plainclothes to blend in with the crowd around the bus station.

“I am puzzled why people just throw empty drink packets, used tissues and discard cigarette butts on the road. Most of the time, the litter bins are nearby or even next to them,” said Aswarizal.

“There are even those who throw rubbish out of vehicles as they pass the bus station.

“Issuing compounds is not the answer but educating the public is important.” — By EDWARD RAJENDRA 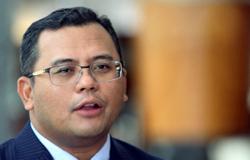