‘A Level programme the preferred pre-university pathway for students’ 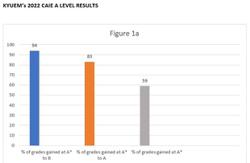 UOW Malaysia KDU offers flexibility to those aiming for A Level qualification.

WITH a waiver of RM2,000 per A Level subject at UOW Malaysia KDU, students with the aptitude for in-depth learning and exam-based studies stand in good stead to excel.

Almost no other pre-university pathways in the world are as globally recognised as the Cambridge Assessment International Education A Level, and with good reason.

“A Level has long been considered the gold standard for pre-university studies.

There are no compulsory subjects so students can choose those they enjoy that are related to what they intend to study later, and spend about one-and-a-half years focusing on them.

Dr Tan said A Level would be a good pre-university programme for students who enjoyed academic learning and it covered a range of subjects intensively.

He said the A Level pathway was ideal for students who intended to further their studies overseas while keeping their options open.

“It is an external exam and across borders. Everyone sitting for it will be tested on the same global benchmarks.

“If you aim to study abroad, especially in Ivy League universities in the United States or top universities in Britain, your chances of being accepted are high when you have A Level qualifications,” said Dr Tan.

More than half scored A in eight out of 10 subjects.

Every year since 2013, UOW Malaysia KDU produces A Level students whose scores were top in the world, showing that they trumped other students in the global arena.

The campus also attracts uniquely talented students who aim for A Level qualifications.

Soo Wen Shi bagged four A* for her Cambridge A Level and she is now pursuing a degree in natural science at Weimar Institute in California, US.

She was home-schooled until she completed her GCSE O Level, and UOW Malaysia KDU was her first classroom experience.

“The lecturers were supportive and willing to help students even outside of the classroom.

“Most of my lecturers explored ways to help students understand the reasoning behind concepts.

“They adjusted their teaching styles to adapt to how the class responded to each topic,” said Soo.

Ng Zhi Wei scored two A* and an A in his A Level exam and is now reading law at University of London.

“I will never forget how the lecturers spent their time tutoring me after class on the areas that I needed help, and responding to my text messages at night,” he recalled. 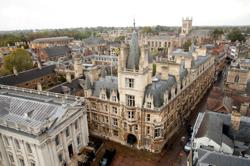