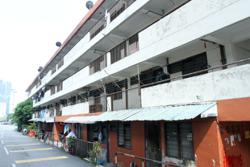 KAMPUNG Baru Development Corporation (PKB) has dismissed claims by a residents group that 34 terrace homeowners have been ignored over the Kampung Sungai Baru redevelopment plan in Kampung Baru.

It said 32 of them are not involved in the plan, while the other two are part of a separate land acquisition for an LRT project between Pasar Seni and Jalan Damai.

"Thus, the claims by the Sungai Baru Terrace Home and Flat Owners Action Committee are false and confusing to the public," it said in a statement on Monday (June 27).

Earlier on Saturday and Sunday (June 25 and 26), in a segment by a TV channel, several residents aired their grievances over the land acquisition process by the authorities.

PKB, in response, said 67% or 192 flats and 27 terrace homeowners had already agreed to a joint venture proposal.

It added that the Land Acquisition Act 1960 was being used over the remaining 33%, or 72 flats and 37 terrace homeowners, who did not agree.

PKB said the number of owners who agreed to the redevelopment went up to 89% after the issuance of a notice of Form K (application for objection to the court) by the Department of the Director-General of Lands and Mines.

"A total of 72 additional flat owners also stated their agreement after that.

"As for the remaining 37 terrace homeowners, the land acquisition has been postponed and the process is yet to be completed," it noted.

In the TV report, several residents also complained about the low compensation offer of between RM250,000 and RM300,000.

In response, the Federal Territories Land and Mines Office said this value was determined by the Property and Valuation Services Department under the Finance Ministry.

FT Land and Mines director Datuk Muhammad Yasir Yahya said anyone who disagreed with the value could appeal for a review through the court.

Kampung Sungai Baru is sandwiched between the Ampang-Kuala Lumpur Elevated Highway (Akleh), and Kampung Paya and Kampung Pindah, which are sub-villages of Kampung Baru.

The village is sited on leasehold land under PKB covering 5.23ha, of which 3.18ha has been earmarked for redevelopment.

The land acquisition issue gained media attention recently after some owners objected to it.

This was after the developer initiated a legal proceeding, via the Land Acquisition Act 1960, after failing to secure agreement from all landowners in the area.

Before the Act was invoked, the developer held 60 engagement sessions with owners between 2016 and Oct 7, 2020. 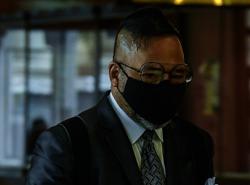