Petaling Jaya residents in Selangor stand out when it comes to waste separation and recycling in the Klang Valley.

More than 42,000 landed residential properties are now involved in Petaling Jaya City Council’s (MBPJ) kerbside recycling collection, which is in its fourth phase, and the number is set to grow as new locations are added with each phase.

This is double the number of households participating in a similar exercise in neighbouring Subang Jaya.

MBPJ hopes that the entire city of Petaling Jaya will participate in this project by 2024.

EPR is an approach that sees manufacturers playing a significant role in waste management. 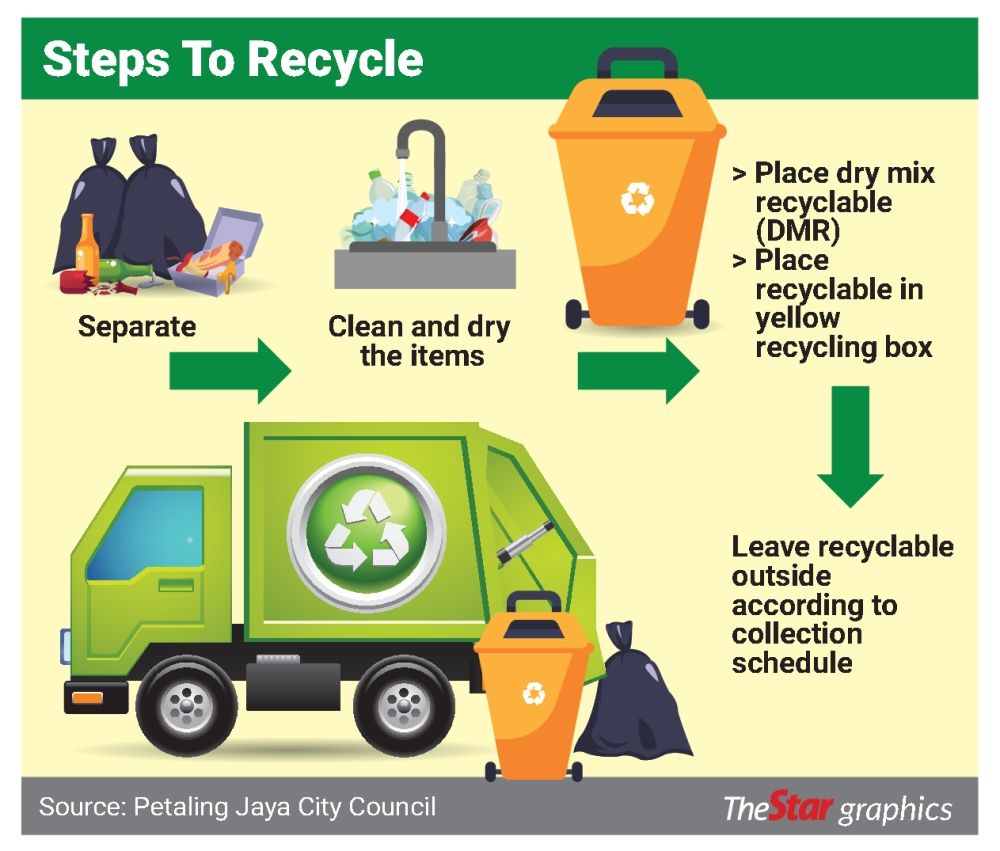 “In 2016, MBPJ first rolled out its pilot project.

“In 2018, the project was officially implemented in Bandar Utama and KPT Recycle became the project’s first partner,” he explained.

The project, Lee elaborated, was expanded in 2020 based on the EPR model when Nestle and Tetra Pak came onboard.

“A memorandum of understanding was signed between all relevant parties in August 2020.”

He said the project had been well-received by Petaling Jaya residents, with some further motivated to participate at the prospect of receiving a yellow bin. Yellow bins are only given to those who have shown consistency in recycling. — MUHAMAD SHAHRIL ROSLI/The Star

Leaflets on the recycling project are first distributed to the houses in a neighbourhood selected for the project.

The leaflet has information on the types of items that are collected for recycling such as paper, cardboard, plastic, empty drink boxes, aluminium cans and food cans.

However, used diapers, tissue, wrapping papers, plastic bags, glass cookware, light bulbs, porcelain and paint cans are some of the items that are not accepted.

Lee said the yellow recycling bin was an incentive for some to take part in the activity.

“People look forward to receiving it but we only give them the bins when they have shown consistency in recycling. Keng says residents are receptive when small carnivals are held to explain the importance of recycling.

“It is just a plastic container that costs RM35 but it helps create a bit of excitement among the people,” he added.

Lee said that during the project’s first phase, a recycling competition was held in selected neighbourhoods.

“We gave benches made of recycled packaging from Tetra Pak and they have been placed in a Bandar Sri Damansara park.

“It was also one of Nestle’s first EPR projects,” he recounted, adding that KPT Recycle assisted with the collection process and sent the collected items for recycling.

“Without partnerships, the project becomes expensive for the city council to sustain.

“Nestle helps to top up on the shortfalls.

“For example, Nestle will help cover any extra cost if the cost to collect the waste is more than the resale value of the items collected,” said Lee.

He revealed that the city council also had RM12,000 under its 3R Trust Fund by Tetra Pak. 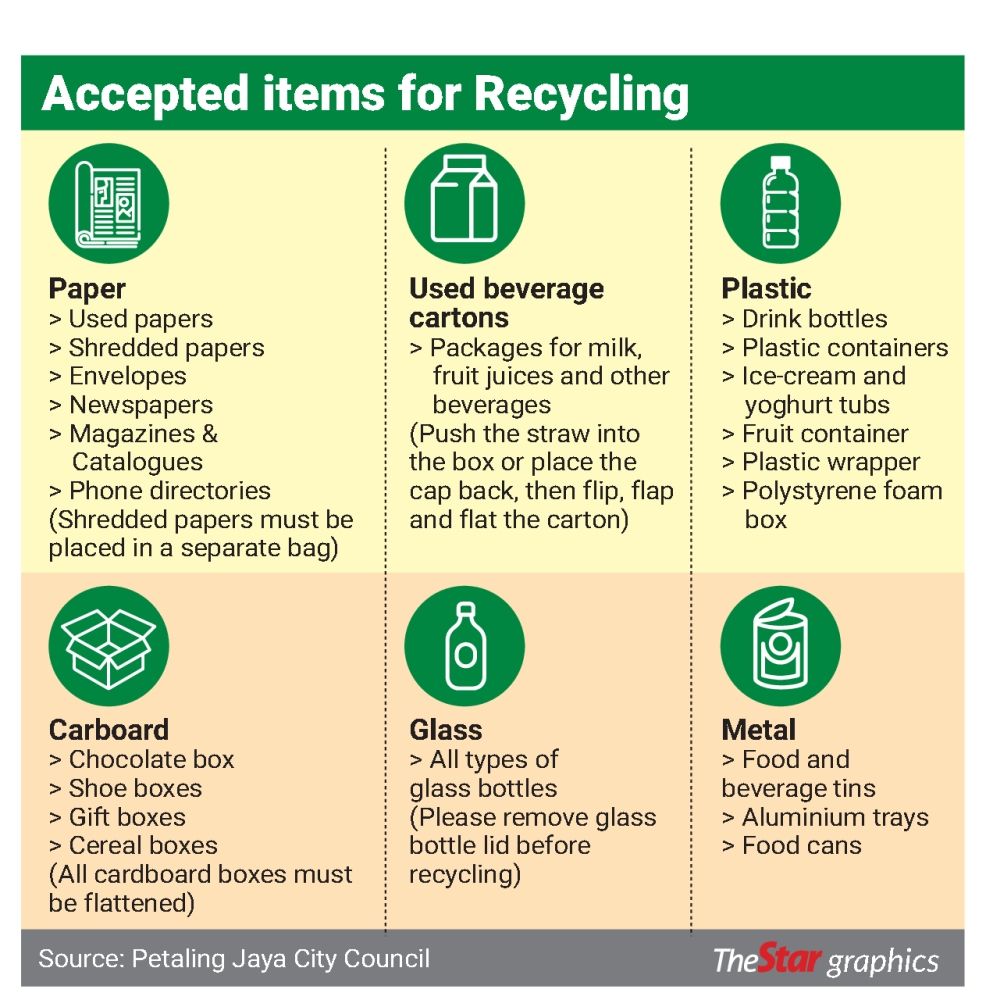 “This fund is used for educational and informational purposes in regards to the project,” he added.

KPT Recycle Sdn Bhd consultant Jaron Keng said the project was a success partly because of the maturity of Petaling Jaya city folk.

“Compared to other cities in the Klang Valley, Petaling Jaya residents’ comprehension of recycling and their commitment to waste separation is impressive.

“In areas such as Ara Damansara, we had 80% participation within six months.

“In Bandar Sri Damansara, we had 70% participation,” he said.

In comparison, he noted that only about 20,000 households took part in the door-to-door recycling project in Subang Jaya.

“For every eight houses that take part in Petaling Jaya, only five will take part in Subang Jaya,” he observed.

“The quality of recyclables are also the best in Petaling Jaya as the residents understand that items that are contaminated cannot be recycled,” he added. “We went to mostly affluent and higher-income neighbourhoods in Petaling Jaya because they have more spending power and discarded more waste,” said Keng.

“Interestingly, we get good quality recyclables from them because they know how to separate waste well, which makes recycling more effective,” he said.

The programme will start in Klang next month, where he anticipate some 12,000 households to participate.

Based on MBPJ’s figures, recyclable waste consists of 40% paper and cardboard, 25% non-recyclable plastic such as those contaminated with food or chemical waste, 16% recyclable plastic, 12% glass, 5% metal, 1% aluminium and 1% electronic items.

“People are receptive when we hold small carnivals to explain the importance of recycling and the process of recycling,” said Keng.

He said the project was the first kerbside recycling programme of its kind with a voluntary EPR model in Malaysia.

“The concept is based on a single stream of dry mixed recyclables sent to a recycling centre to be sorted and recycled or reprocessed into secondary materials.

“Non-recyclables that are sorted out, consisting mostly of plastics, are delivered to a refuse-derived fuel facility in Chemor, Ipoh in Perak, for conversion into alternative fuel for surrounding cement kilns,” he added.

Keng said a new application would be launched as an innovative interactive platform for this programme.

“This is to enable effective notification and communication with residents.

“Kerbside recycling serves as a cornerstone for MBPJ to develop a separate waste collection system in the city, enabling it to achieve a sustainable and integrated waste management model.

“It will be based on the concept of a circular economy,” added Keng. 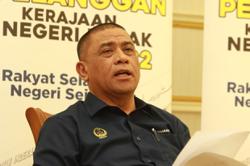