JOHOR may benefit from the weaker ringgit in the short term as it will attract more Singaporeans but it will not have a positive impact on the state’s economy in the long run.

Teh said Johor-based small and medium enterprises (SMEs) like their counterparts in other parts of the country, however, would face problems sourcing for raw materials.

He said they would have to pay more as all transactions used the US dollar.

“Suppliers of raw materials prefer the dollar,” he said.

He stressed that export-oriented SMEs and manufacturers would not benefit greatly from the weaker ringgit.

Teh noted that most of the raw materials used by local SMEs and manufacturers were imported from China, Germany, Japan and Singapore.

He said Malaysia was not a net exporter and still imported foodstuff, medicines, heavy machinery and equipment, fertiliser, petrochemical products as well as animal feed.

“The Federal Government, Finance Ministry and Bank Negara must take proactive measures to stabilise the ringgit,” he urged.

Johor Indian Business Association president P. Sivakumar said as a nation rich in natural resources, Malaysia should be able to weather the global economic slowdown better than many other countries.

He noted that other developing countries, including some of Malaysia’s Asean neighbours, were also facing currency fluctuations.

He said the Covid-19 pandemic and ongoing war in Ukraine would continue to impact the global economy.

“Malaysia’s political instability and the change in government with three prime ministers since March 2020 also send a wrong signal to investors,” said Sivakumar.

He said Malaysia was losing out to other countries in the region, especially Indonesia, Singapore and Vietnam, in terms of foreign direct investment.

He suggested the government implement an austerity drive, including reviewing the salaries and remuneration of ministers and chairmen of government-linked companies. 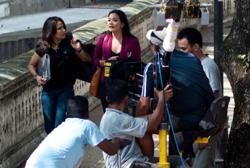