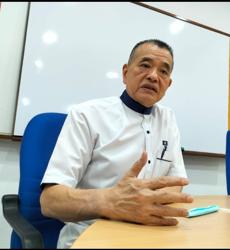 The hospital which started operating since July 18, is equipped with 50 beds, six haemodialysis machines, two operation theatres and facilities with state-of-the-art equipment.

Chief Minister Chow Kon Yeow commended the hospital for its ‘impressive’ start for the people.

“KLSCH is truly impressive because the medical facilities are on par with any other private hospitals in Penang and yet, the charges are among the lowest in the state.

“It is certainly not an easy project to be realised as building and running a hospital with its various advanced medical equipment, professional medical team and well-trained personnel will incur huge expenses. 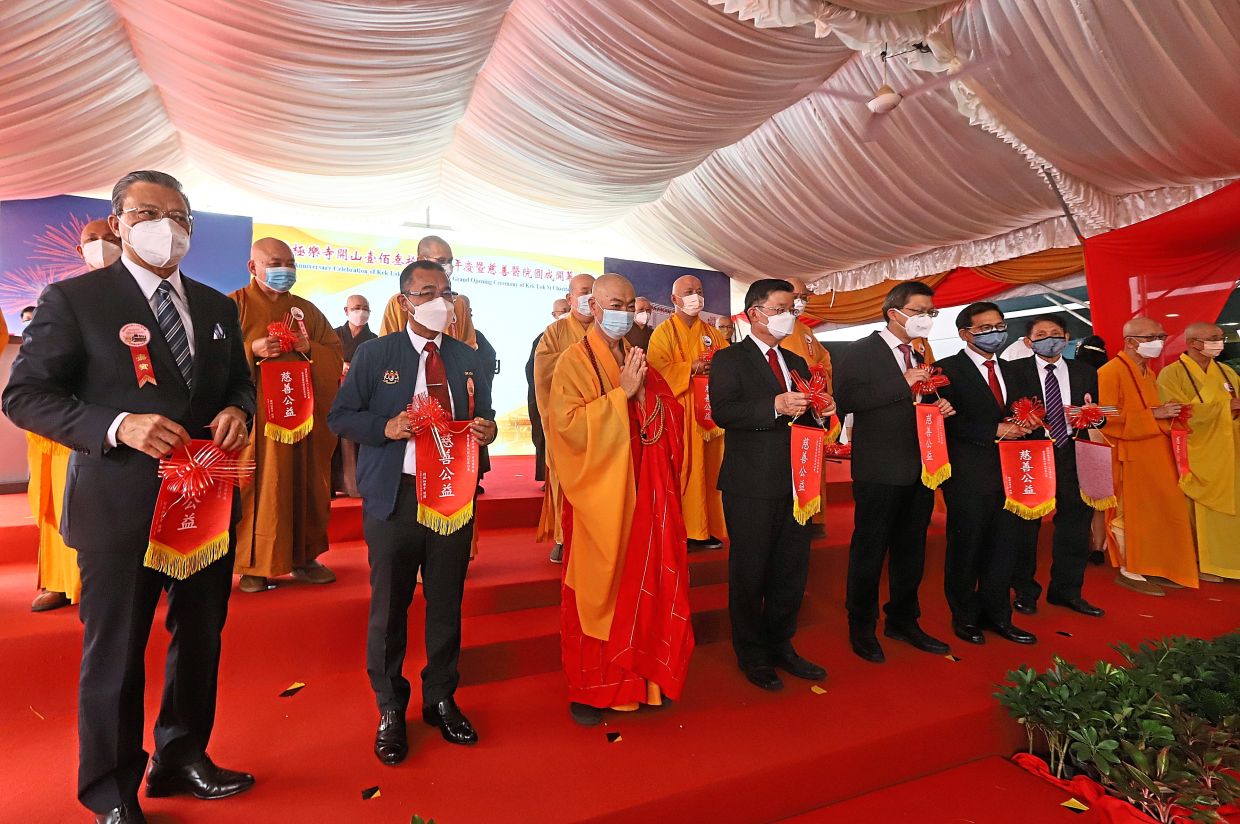 “While it is true that the KLSCH has yet to provide totally free treatment to the needy patients who face difficulties in paying their medical bills, the hospital is already of great help,” he said in his speech during the hospital’s official opening yesterday.

Chow said the state had donated RM200,000 to the hospital in April this year, adding that the same amount would be provided to the hospital next year through the Kek Lok Si Charity Foundation.

Former Health Minister Tan Sri Liow Tiong Lai, who accepted the temple’s proposal to build the hospital in 2013, said he was glad for the community in supporting the country’s healthcare system.

“When I visited the land, it was only a car park and the temple consulted me on setting up a hospital to help the poor and needy.

“We are glad that the community and Kek Lok Si can come forward to support the healthcare system in the country.

“If we want to ensure a sustainable healthcare system in the country, it has to be supported by the community,” he said at the hospital.

Deputy Health Minister I Datuk Dr Noor Azmi Ghazali, in his speech, thanked the hospital for providing affordable healthcare to ease the people’s financial burdens regardless of race or religion. The grand opening of the charitable hospital. In the background are the Kek Lok Si pagoda and Goddess of Mercy pavilion (left).

“This is a welfare hospital emphasising on helping those who need assistance and from the low-income families, especially those affected by the Covid-19 pandemic.

“Planning for the hospital started in 2011. In June this year, it was given a practising license.

“We thank all who channelled effort to set up the hospital to help the people,” he said.

The opening was held in conjunction with Kek Lok Si Temple’s 130th anniversary and was hosted live on various social media platforms.

The hospital is open to all Malaysians regardless of race or religion.

The ward is equipped with three types of rooms – single, double and four-bedded – at affordable daily charges. 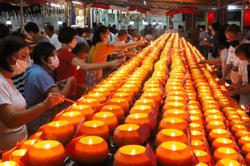