Modernisation edging close: Kampung Jenjarom's fringes are slowly being taken over by development due to its strategic location nearby the South Klang Valley Expressway. - IZZRAFIQ ALIAS/The Star

SEVERAL men were performing their ablutions outside Masjid Jenjarom when the azan sounded for the evening Asar prayer.

Inside, men clad in baju melayu practised physical distancing before joining the prayer led by the imam.

After the prayers, they exchanged greetings before leaving the mosque.

“Everyone knows each other here,” said Mohd Nazri Afrizal, a local and father of three.

“Some have been friends since primary school. The bond among the villagers is very strong,” he added.

Kampung Jenjarom in Kuala Langat, Selangor – housing some 10,000 people – is known for its lush landscape, with a significant part of the land still covered by vegetation.

Some villagers make their living by farming livestock and growing crops for sale, while some others are petty traders. 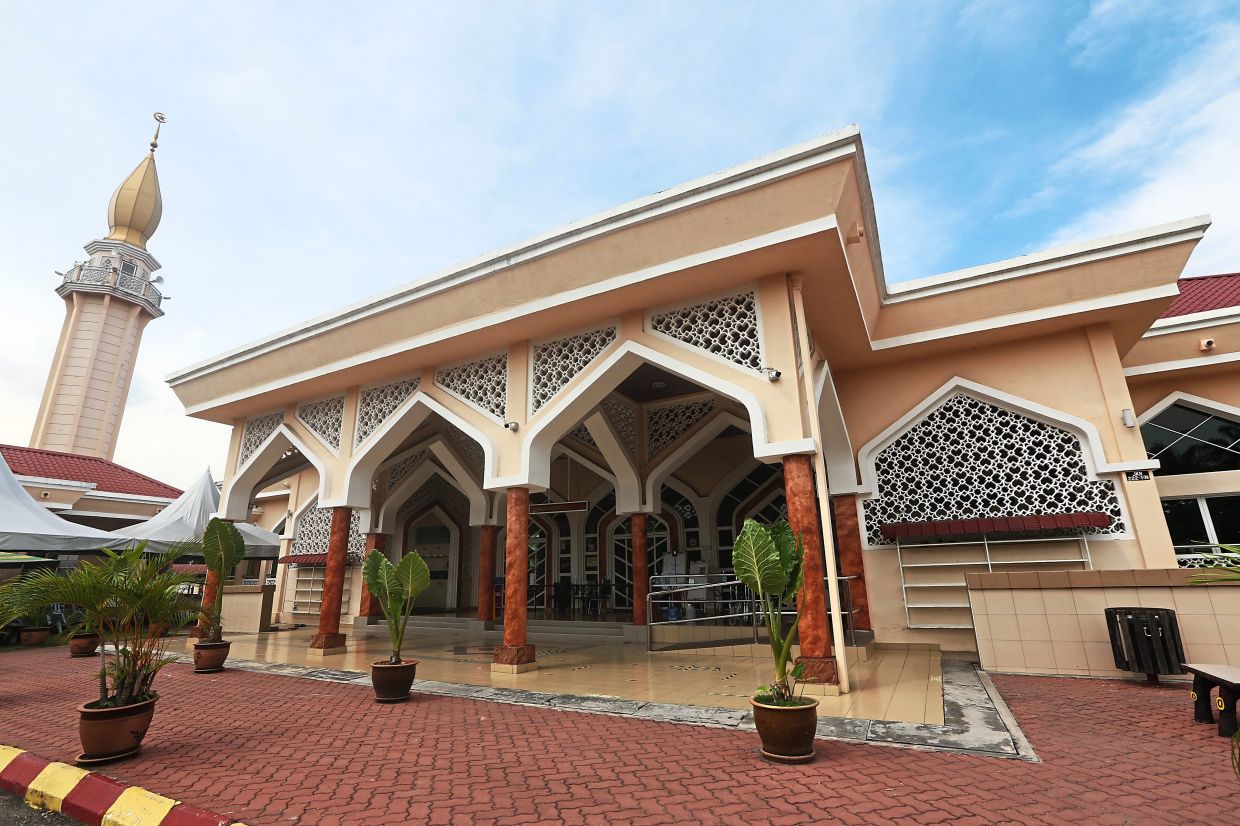 Masjid Jenjarom is a special place to Jenjarom villagers as it is also an area for the community to grow as a whole. — Photos: IZZRAFIQ ALIAS/The Star

Many families still live in traditional Malay wooden houses in the village.

Located some 40km south of Putrajaya and Cyberjaya, and 25km from Port Klang, the area has attracted a host of prospective developers keen to capitalise on its strategic location.

Cutting across Kampung Jenjarom is a road named Jalan Haji Damansor, which according to Mohd Nazri, was named after his great-grandfather, who was of the Banjar tribe.

“He was among the first settlers who opened this area in the 1920s, after being granted permission from the palace then.

“Shortly after that, Javanese people joined them and cleared this area for agriculture.

“Today, some grow pineapples, some tap rubber and others harvest fruit bunches from oil palm trees,” he said.

He added that several roads in the village were named after the earliest settlers who played a role in opening Jenjarom. 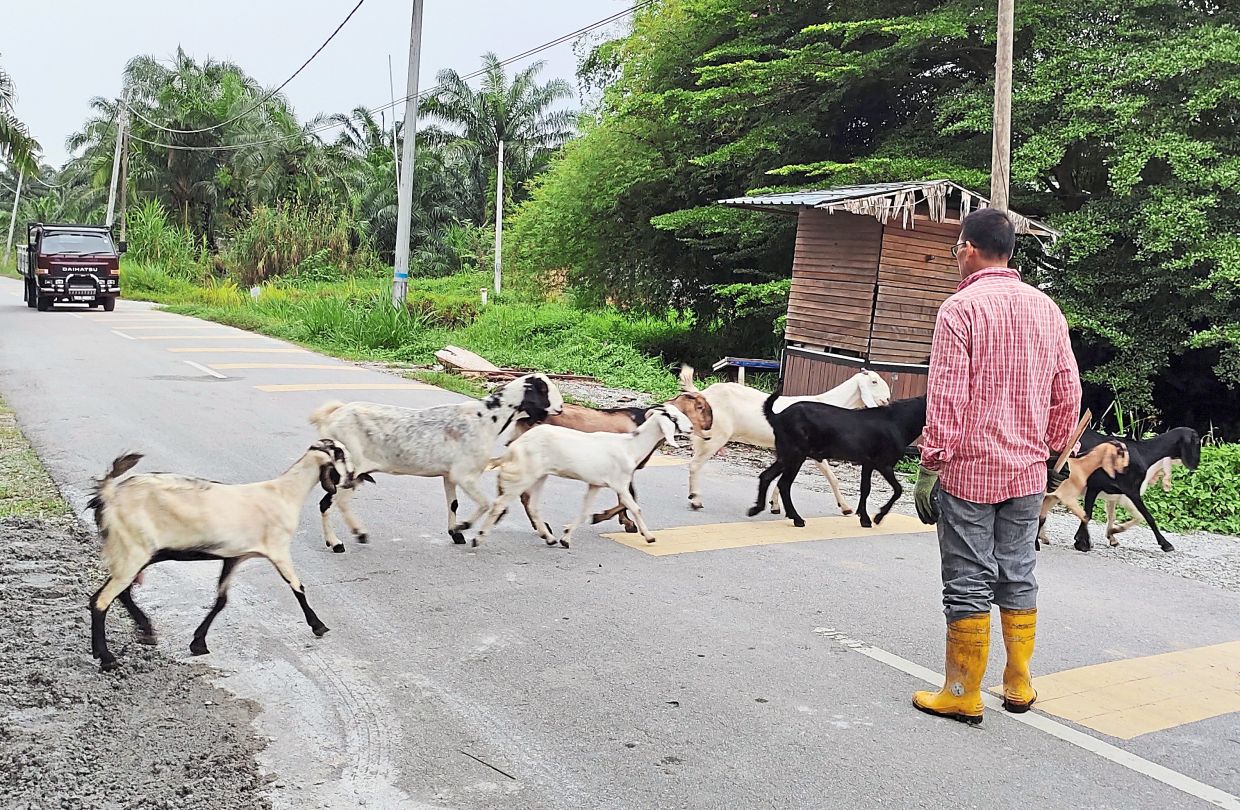 Written records on the area’s early history are scarce, but multiple sources, including Mohd Nazri, say the original settlers were led by Masrek Narang.

A drive around the village reveals an area that is rapidly developing, including some new housing schemes under construction.

Amid the farms and plantations that characterise Jenjarom’s landscape, many land plots are up for sale, while houses are already being built elsewhere.

“There used to be bears in the wilderness here, even tigers, before all the development took place.

“They disappeared from the area in the 1980s, most likely because they moved deeper into the neighbouring Kuala Langat North Forest Reserve,” he said. 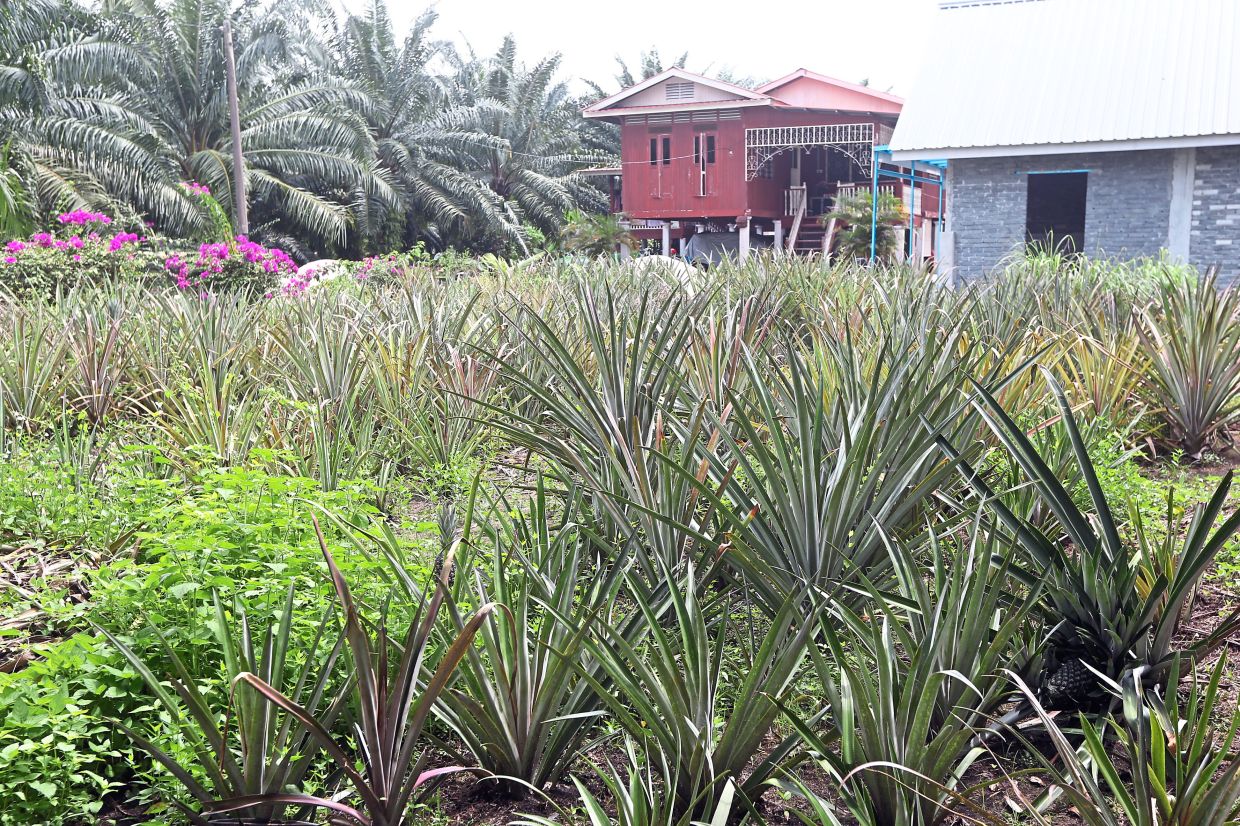 Lots of villagers in Kampung Jenjarom grow fruits and vegetables for sale.

The father of seven added that Jenjarom used to have plants such as asam paya (Eleiodoxa conferta) and buah redan (Nephelium glabrum Noronh) which resembles lychees.

He said the fruit could not be found anymore.

Early this year, plans to reopen a battery factory in the village put villagers at loggerheads with local authorities.

Concerned about the risks of pollution, villagers sent their complaints to various government agencies, but to no avail. 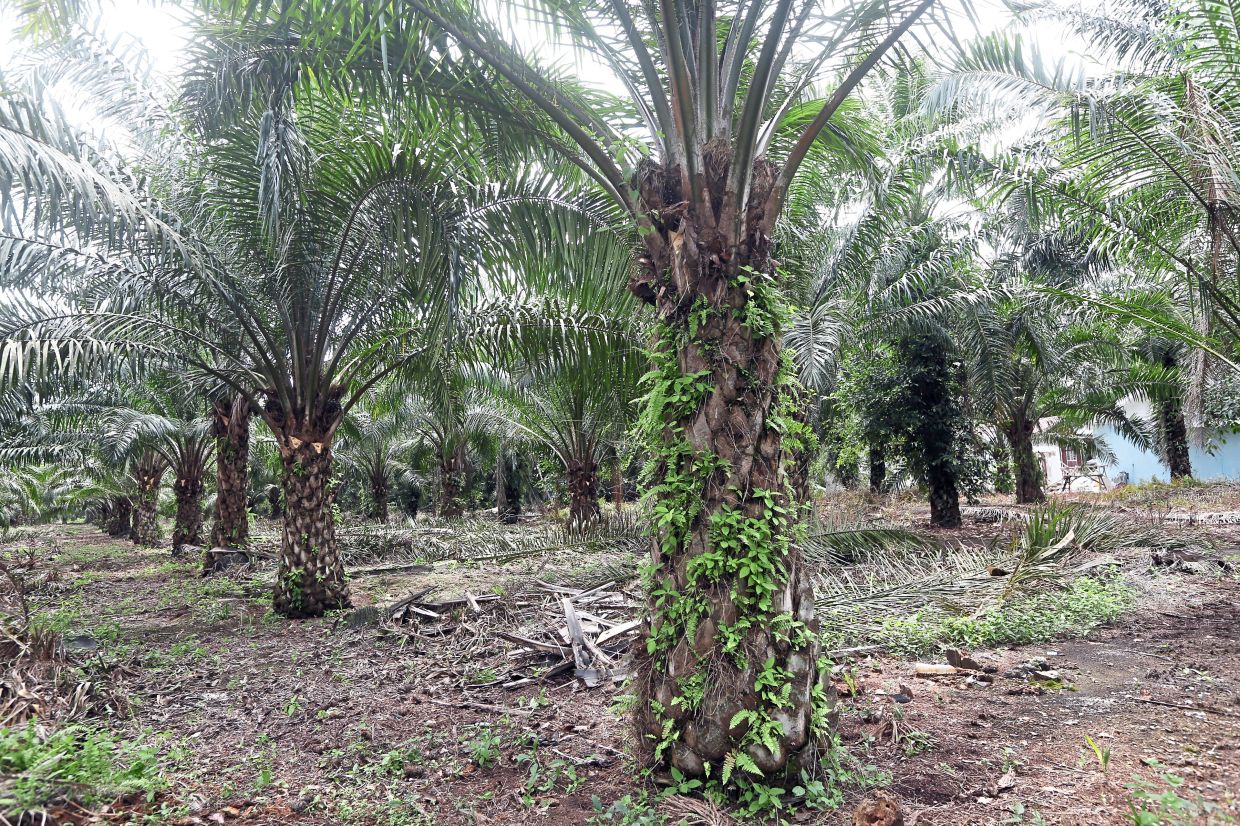 Many areas in Jenjarom are used for oil palm cultivation, the main agricultural activity in the area.

Mohd Nazri said villagers were mulling over the prospect of sending a memorandum to Selangor Ruler Sultan Sharafuddin Idris Shah.

“Community leaders in Jenjarom have talked about this before.

“We have exhausted all options and there is no one left for us to bring this matter to.

“We will plead for His Majesty to intervene for the safety of villagers,” he said.

In 2019, the state government ordered the factory to cease operations and relocate, after investigations by several authorities found it responsible for lead pollution.

Another company has since bought the facility and is planning to reopen it.

In a StarMetro report on Jan 5, the company stressed that it was not making batteries from scratch, but merely assembling components for solar batteries.

In February, the Department of Environment (DOE) upheld the state government’s decision in 2019 for the factory to relocate, which MPKL later overturned.

If social media chatter is any indication, Jenjarom villagers are not happy with that move. 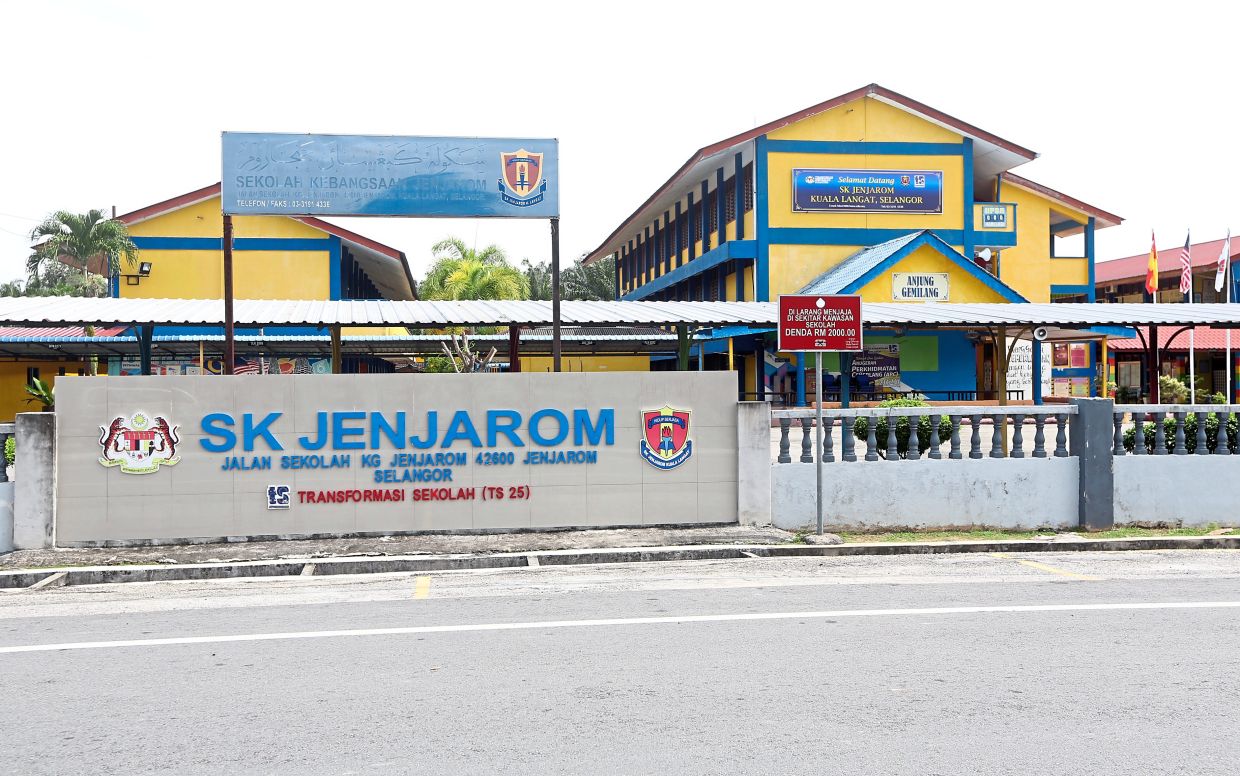 The primary school in Jenjarom is now quiet with pupils on holiday.

A community Facebook page was abuzz last month when the official account of Mentri Besar Datuk Seri Amirudin Shari commented on a post about the factory.

Amirudin had said that the facility met the necessary criteria by DOE.

“Any approvals or closures depend largely on the DOE,” he added.

That attracted plenty of disapproval from villagers who questioned the explanation given.

Some pointed out that the village – a medium-industry zone – should be off limits to battery production activities.

Masjid Jenjarom administrator Bostanoordin Ahmad, 64, wants the state government to order the factory to move out of the village.

“Selangor government must prioritise residents’ safety over tax collection and profits,” he said.

“We don’t want investors to spend a hefty sum, only later to be told to leave as the area is unsuitable for their business,” he said. 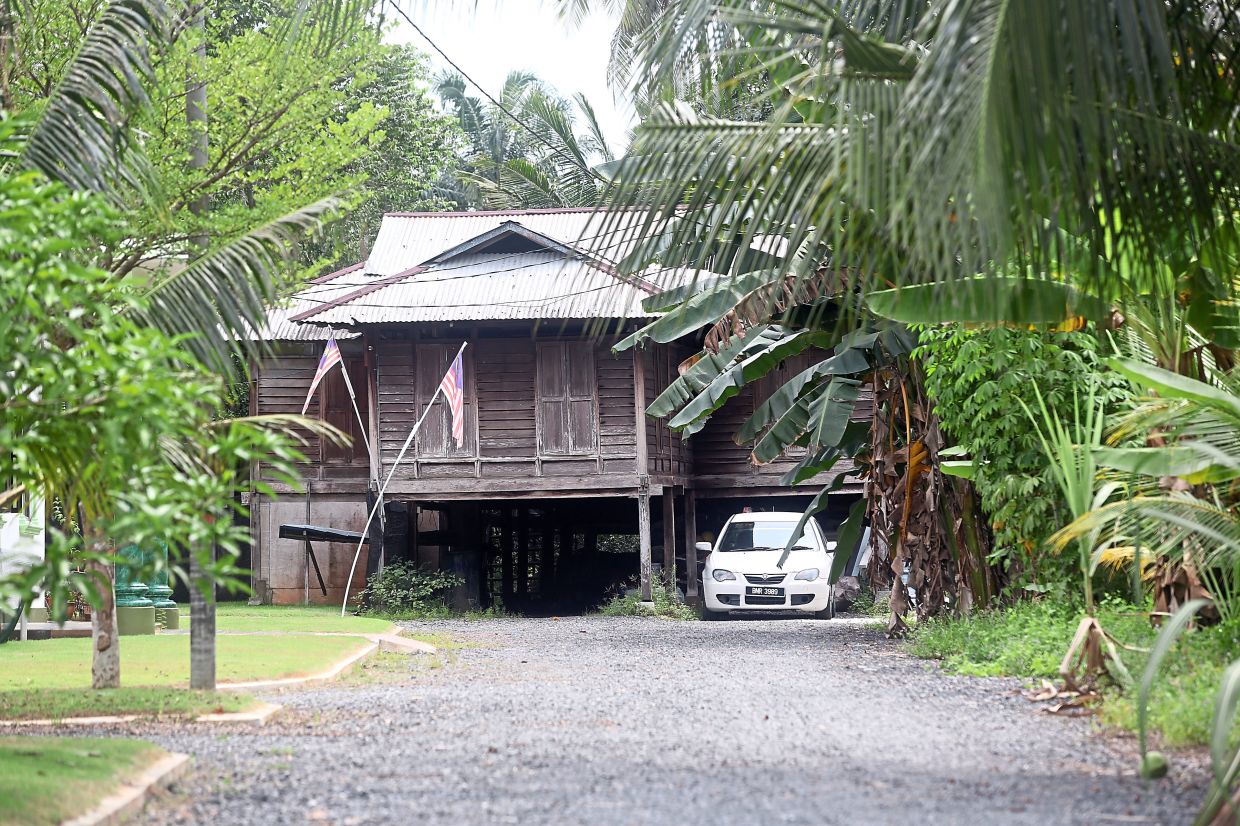 Most families in Kampung Jenjarom still live in wooden houses which reflect how villagers hold on to tradition.

But not everyone wants the factory to go, as some think it will bring job opportunities for locals.

Residents feel that as long as the factory complies with requirements set by DOE, there should not be a problem.

MPKL had said these requirements included conducting a soil and water study every three months, not discharging wastewater into surrounding areas and operating from 8am to 8pm daily.

Environment and Water Minister Datuk Seri Tuan Ibrahim Tun Man, in a StarMetro report on Nov 24, said the factory could operate as it had met all of MPKL’s criteria.

As Jenjarom prepares to leave 2021 behind, its villagers find themselves at a crossroads – to either fight to preserve the area’s natural landscape and their traditional way of life or accept development that is taking place.

During a townhall meeting on Sept 24 involving the villagers and factory representatives, MPKL president Datuk Amirul Azizan Abd Rahim said the factory would provide much-needed jobs for the locals amid the economic uncertainty.

However, to restaurateur-turned-activist Mohd Nazri, the choice is clear, “We will never tolerate any type of heavy industry in our village.”