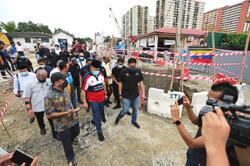 An aerial view of the abandoned Plaza Rakyat project in Jalan Pudu. — Filepic

KUALA Lumpur City Hall (DBKL) is waiting for the developer of Plaza Rakyat to submit a new Tenaga Nasional Bhd (TNB) substation design to incorporate into the project’s amended plan.

DBKL’s executive director (planning) Datuk Sulaiman Mohamed said they needed the new design as the initial substation design could no longer fit within the current development.

“The developer has to come out with a new substation design that is to be approved by TNB and DBKL.

“It must be able to service the entire mixed development in the area,” he said.

The RM1.4bil Plaza Rakyat project was abandoned in 1997 after just 30% of it was built, as Plaza Rakyat Sdn Bhd (PRSB) ran into financial difficulties during the 1997/1998 Asian financial crisis.

The government terminated PRSB’s contract in 2010, 12 years after the company abandoned the mixed-development project. The site became an eyesore and a breeding ground for mosquitoes and snakes.

A new company, Profit Consortium Sdn Bhd, had then applied for planning permission for the RM1.4bil development project.

The development plan is for a 96-storey tower comprising 10 storeys of office space, 50 storeys of service apartments and a 26-storey hotel. — By JAROD LIM 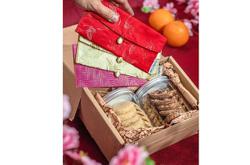