A banner announcing a census on a proposed redevelopment of the 40-year-old Sri Lempah flats.

BANNERS announcing a census to be carried out for a proposed redevelopment of Sri Lempah Flats in Kuala Lumpur has caused uneasiness among its residents who are mostly senior citizens.

They grew more concerned when agents for a developer knocked on their doors to convince them to take part in the census.

Residents claimed that when they contacted DBKL for details, no one there knew anything about a census.

“I am confused because over the past few years, agents have been knocking on my door and asking me to sign up for a redevelopment proposal, which I have consistently refused. “However, with the banners up, I am worried that my home will be developed and I have nowhere else to go,” said a resident identified only as Sim Sim.

Another resident, Jacob Velecherry, who was also approached by the same agent on numerous occasions, said he was holding back as he wanted more clarity on the project.

“In any development project, I want transparency and a right to information.

“There is another group that is trying to negotiate a deal to redevelop these flats, so we want a company with sound financial capability and expertise to handle it,’’ he said.

Jenny Lim, who also lives at the flats, shared similar sentiments and was seeking full transparency on the redevelopment project.

“All we want is for the authorities to come forward and tell us that this project is above board,” she said.

Sri Lempah Flats is a five-storey walk-up built about 40 years ago on 10ha leasehold land in Lorong Jugra, off Jalan Kelang Lama.

The flats have another 59 years left on its 99-year lease.

When contacted, a Federal Territories Ministry spokesperson said neither the ministry nor DBKL were involved in the census.

StarMetro also contacted the DBKL Seputeh branch about the banner and was told that no licence was given for it to be put up.

When contacted, Sri Lempah Management Corporation (MC) I and II representatives said: “We are aware of these agents going door to door and the banners they have put up.”

“We, as the MC, were not consulted about it and the banners were removed because it was put up without our consent,” said Sri Lempah MC II chairman Kelvin Wong.

However, another set of banners have been put up again recently.

Sri Lempah MC I chairman Chong Kam Cheng said the residents called the MC for information because of the agent’s tactics, but the MC was unable to provide details.

Both Wong and Chong agreed that it was time for the old flats to be redeveloped, but it needed to be done in a legitimate manner.

Consent is needed from more than half of the property owners for an urban redevelopment programme.

In May, Kuala Lumpur mayor Datuk Seri Mahadi Che Ngah had said that DBKL was not approached nor had it received any proposal on a redevelopment of the flats.

When contacted, a spokesperson from Cloudscale Sdn Bhd, a company involved in the proposed redevelopment project, said it was aimed at building better and bigger homes for residents who are mostly from the B40 community.

“We are helping them to get better housing with better facilities.

“We will build the units first and they can move in later,” said the spokesperson, adding that DBKL gave approval in a special One-Stop Centre meeting in 2019. 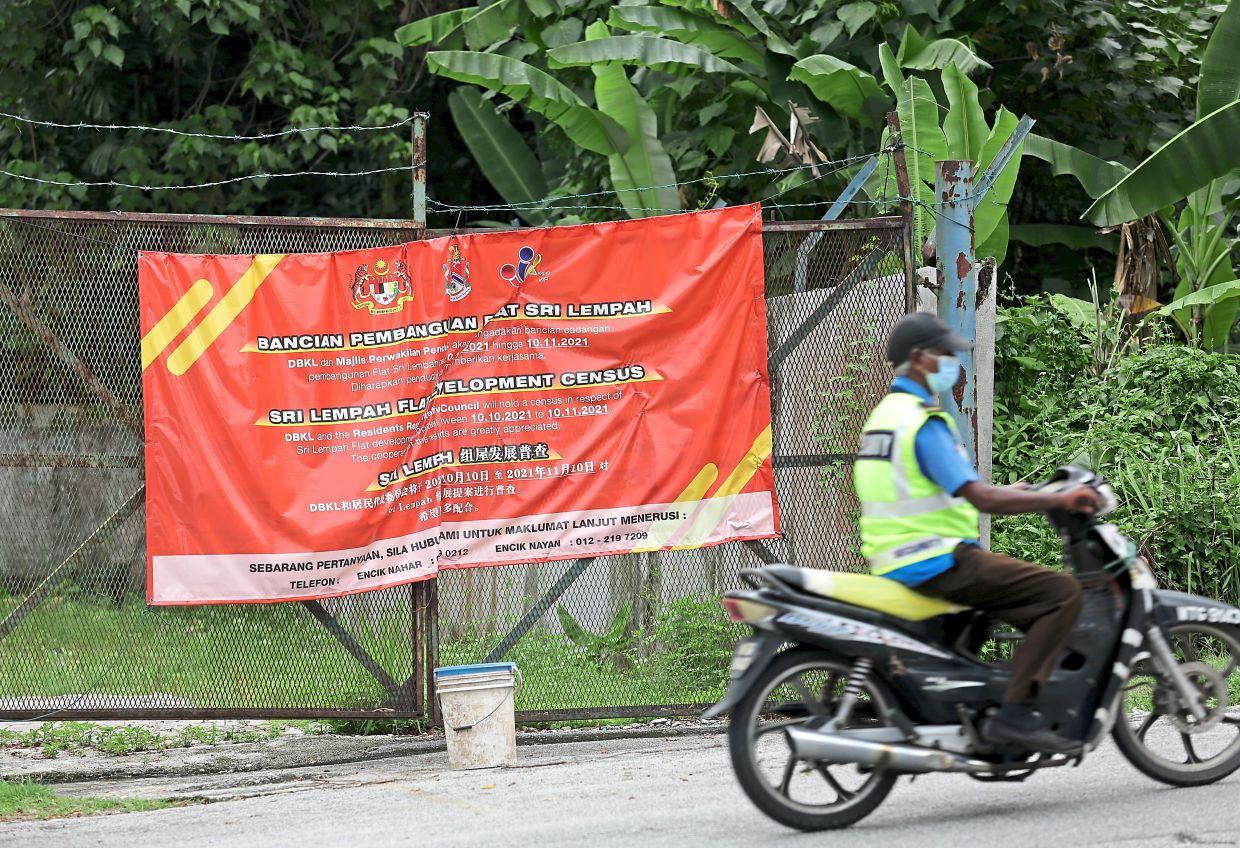 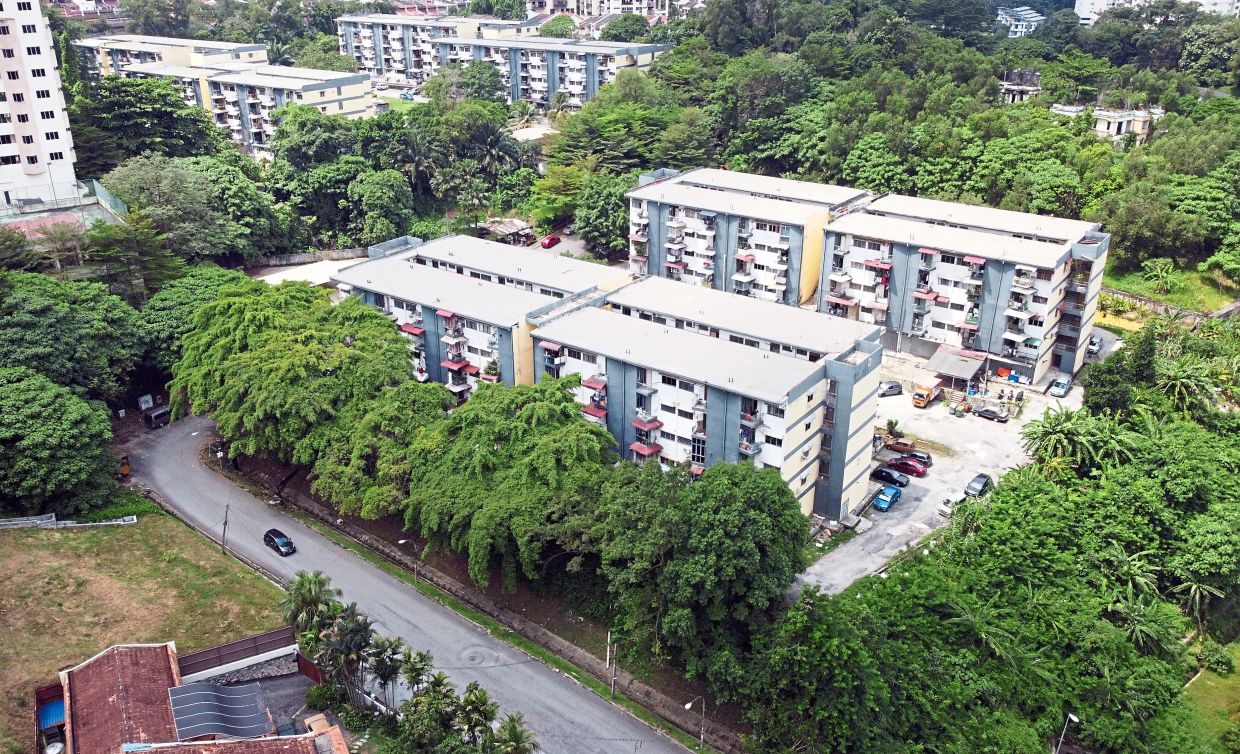 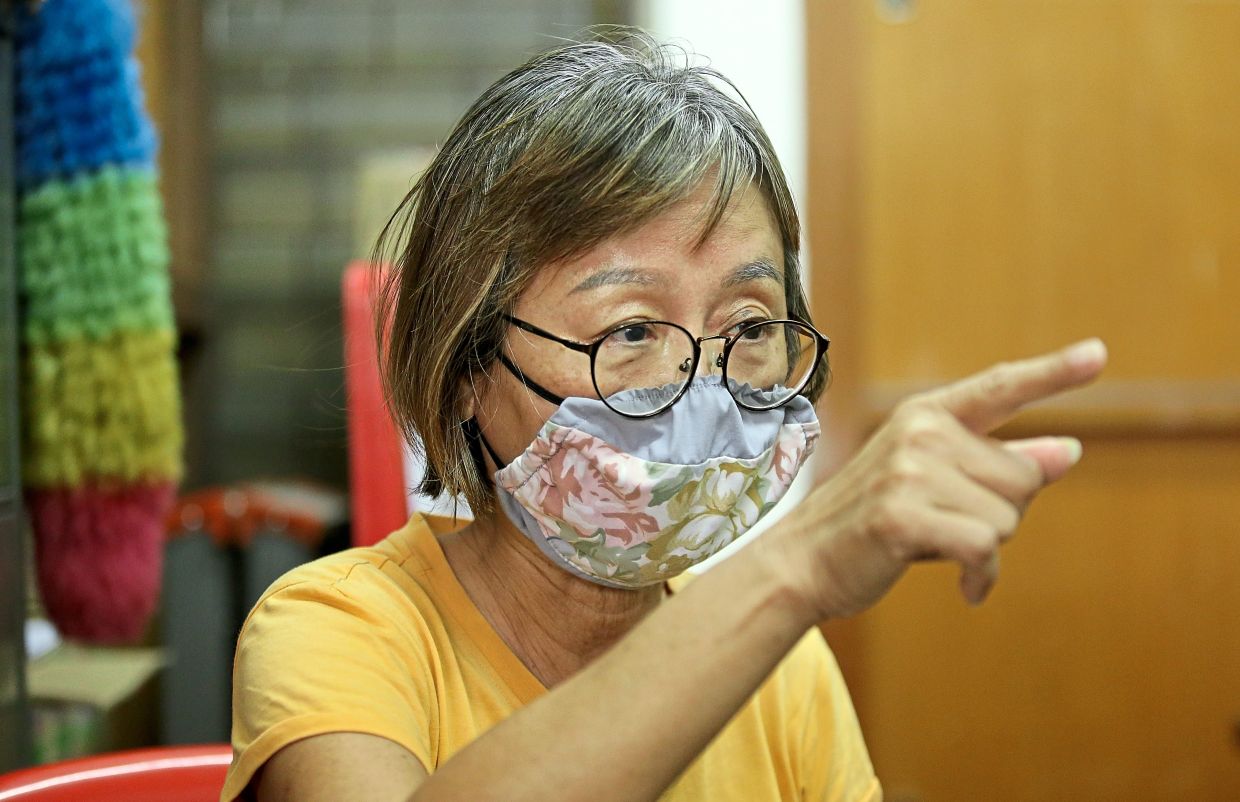 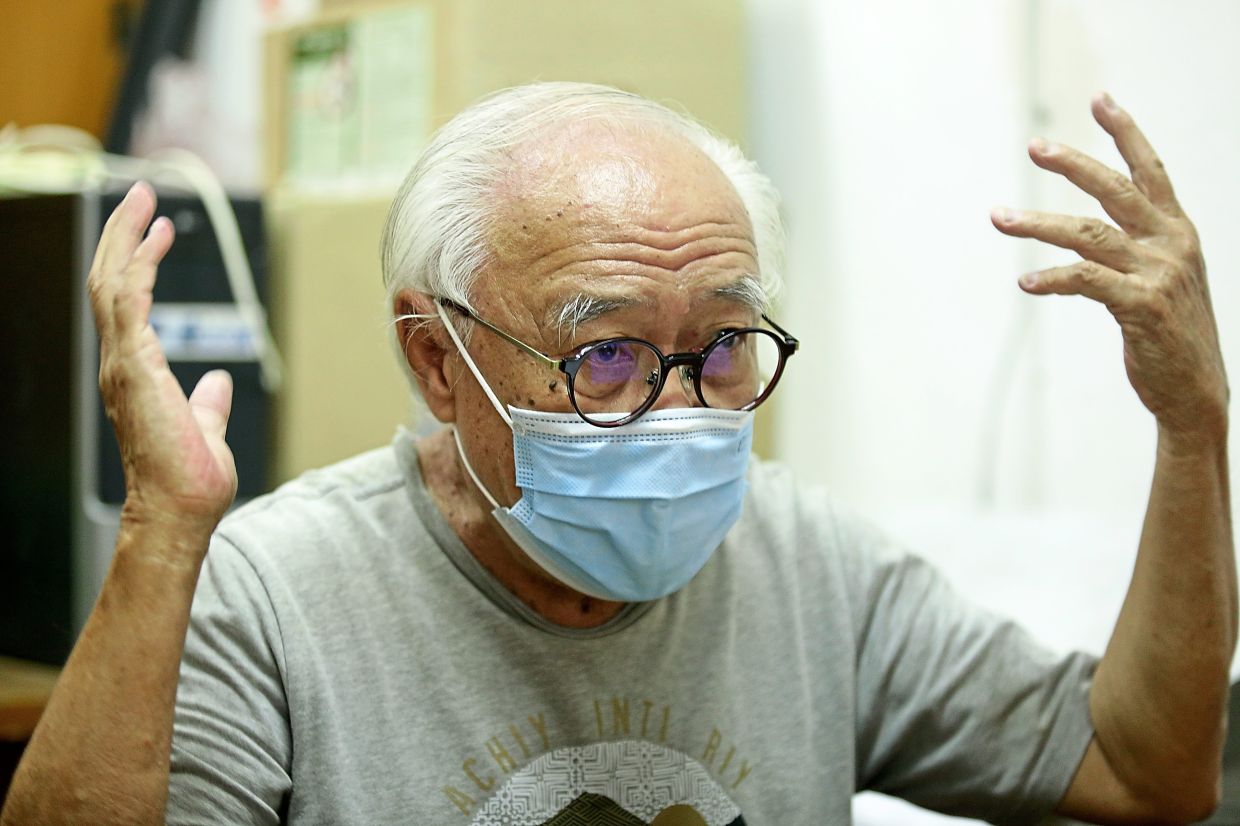 A banner announcing a census on a proposed redevelopment of the 40-year-old Sri Lempah flats.

Wong says the banner was removed because it was put up without their consent.

Chong claims the banners were illegally put up. 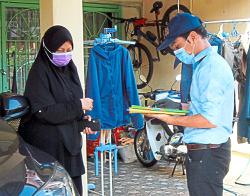