Festival ends on a quiet note

THE annual Nine Emperor Gods Festival came to an end after nine days that saw devotees observing a strict vegetarian diet and performing their prayer obligations.

At the Tow Boo Kong Temple in Jalan Raja Uda, Butterworth, the festival’s traditions continued to be upheld through rituals and prayers although there were fewer people this year.

The temple on the Penang mainland was where thousands of devotees would normally converge for the festival in pre-pandemic times.

Temple chairman Datuk Khor Wan Tat said the procession for devotees to send off the Nine Emperor Gods was not held to prevent people from crowding.

He said only a few committee members took part in the ritual to send off the gods from Pantai Bersih in Bagan Ajam.

“Other festival highlights, such as erecting bamboo poles to welcome devotees, brewing of herbal medicated oil in woks on the third day, float procession on the fifth day and fire-walking on the seventh day, were not held this year. “Despite a quieter celebration, we did not miss marking the festival.

“Temple committee members and volunteers who are fully vaccinated came to help,” he said.

Khor said the temple, which was closed to the public throughout the festival, only opened to a limited number of devotees yesterday.

The festival at the temple ended yesterday with a presentation of vegetarian food offerings and prayers to the spirit generals of the Five Guardian Posts.

The ceremony, which saw mediums going into a state of trance, expressed appreciation to the divine generals for a smooth and successful celebration. Among those who turned up to pray were twin brothers Tan Ting Cung and Tan Ting Zhun, both 27.

“We come every year with our parents after observing a nine-day vegetarian diet.

“However, due to the pandemic, we came without them.

“All we prayed is for good health and peace,” said Ting Cung.

The Nine Emperor Gods Festival, which pays homage to the Goddess of the North Star, started on Oct 6 and ended yesterday.

The festival is observed by the Taoist community on the first day of the ninth lunar month. 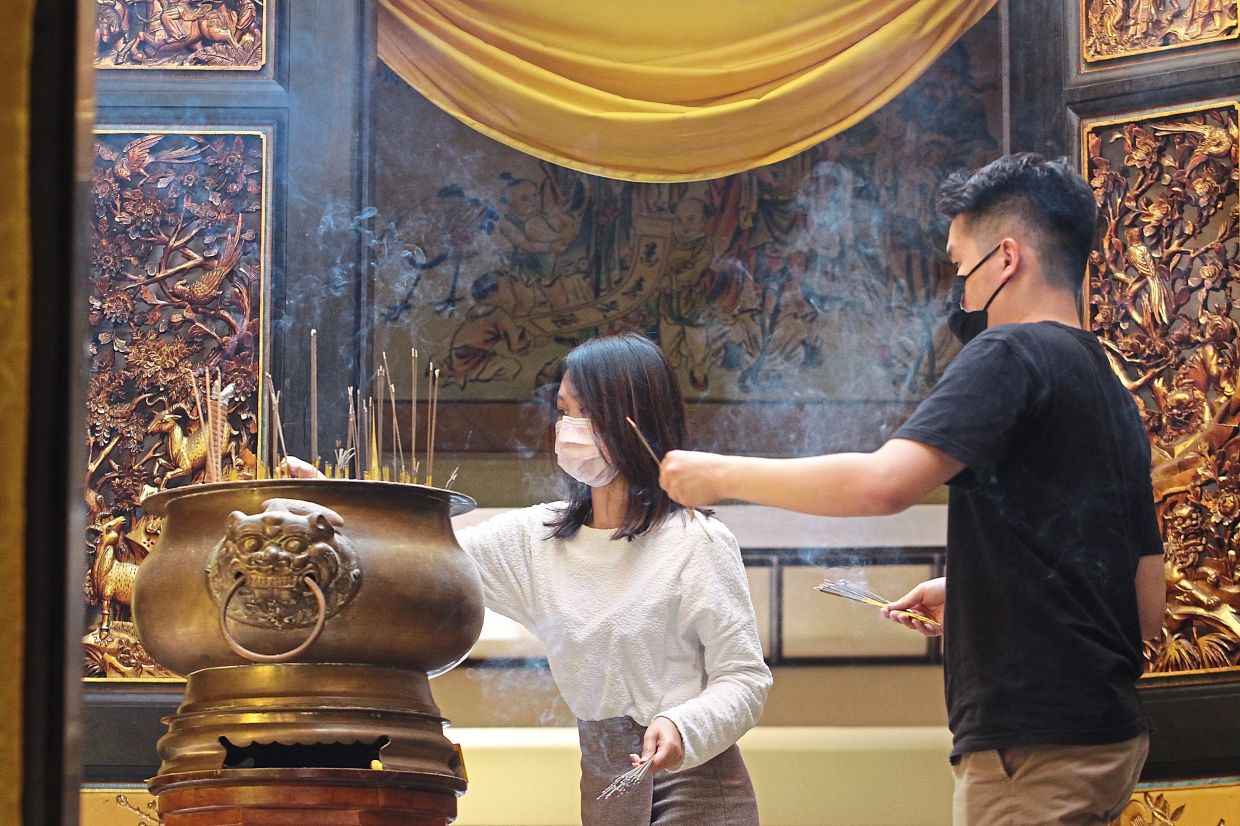 Devotees are allowed into the temple only on the last day of the nine-day festival.