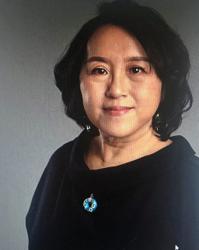 Pupils sitting at a distance from each other during lessons at Jetland Kindergarten in Bayan Baru, Penang. — K.T. GOH/The Star

KINDERGARTENS in Penang are welcoming children back with about 40% returning for physical classes.

The low turnout is expected until the end of the year as concerned parents are still reluctant to send their kids back to school.

Malaysian Kindergarten Teachers Association national president Sally Ng said at the moment, many kindergartens were welcoming back less than half of their pupils for physical classes.

“Many are reluctant to let their children go back to physical classes due to the current situation. They are waiting to see how the situation goes.

“Who knows, maybe in a week or two, some parents will change their mind after monitoring the situation at their children’s school.

“But overall, we are not expecting a high turnout this year.

“With only less than three months left until 2022, many parents feel they may as well let their children continue with online learning and return to physical classes from next year,” she said recently.

Ng, who is also Penang Kindergarten Teachers Association president, said most of the returning children were currently those with working parents.

“Many economic sectors have reopened here in Penang and this means some parents are returning to work in the office.

“Based on current observations, there is a 30% to 40% turnout at centres that operate as both kindergartens and daycare centres.”

Ng, who oversees 10 branches in Penang, said an average of 10 pupils were attending classes physically at each of the centres daily.

“We are able to coordinate and provide both physical and online classes as we have a number of centres,” she added.

At another kindergarten in Jalan C.Y. Choy, kindergarten director Tahera Vanu said they received 15 of their pupils back at the centre on Monday.

“Most of the parents here are frontliners so they have no choice but to send their children to classes while they work.

“For the other parents, we communicated with them and they have expressed their thoughts on letting their children resume classes next year.

“This is because some are concerned about the pandemic, and others want to save up on school fees since there are only a few more months to 2022,” she said.

Gabungan Taska dan Tadika Malaysia coordinator Roszlinda Sham was reported to have said that preschools that received the green light to reopen their doors could do so from Oct 3.

Roszlinda added kindergarten operators needed to send their requests to either the state education department or the welfare department for nursery schools, in order to reopen their facilities. 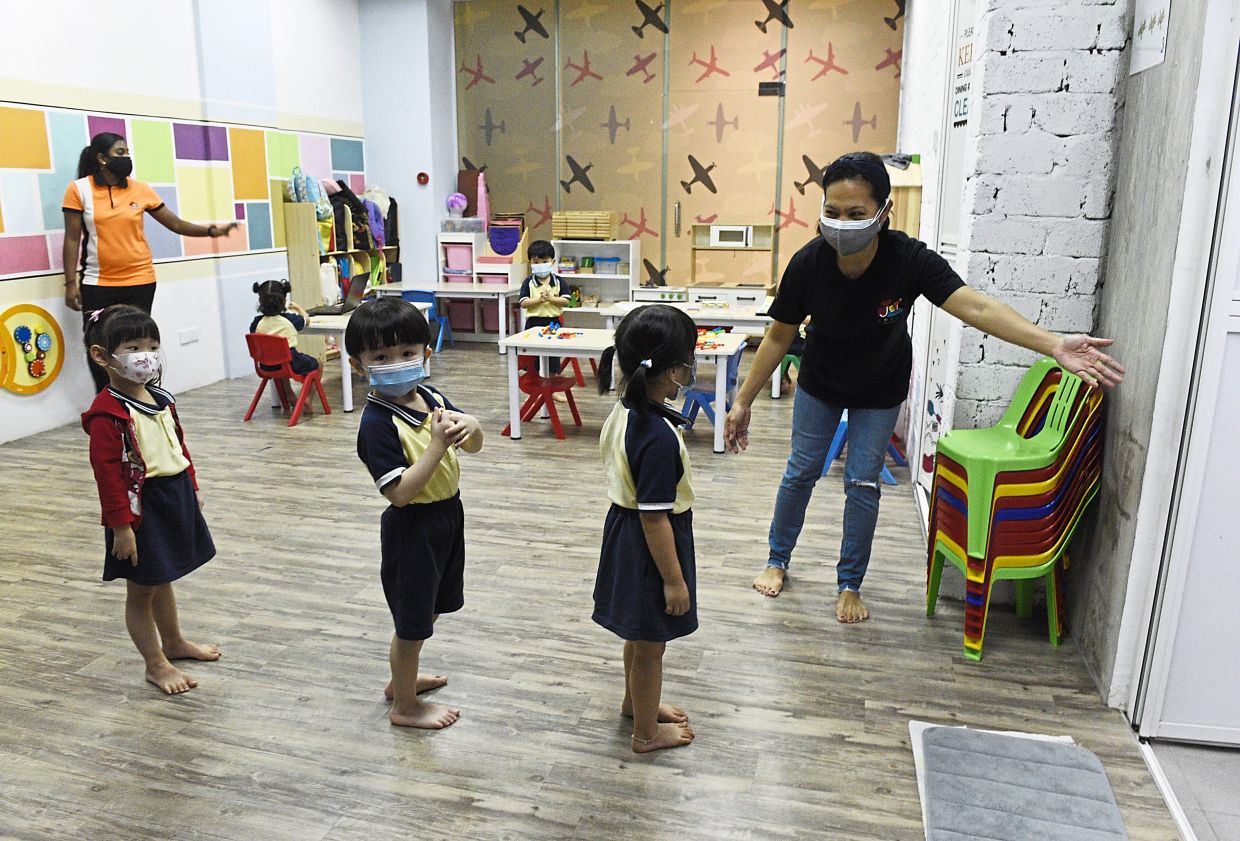 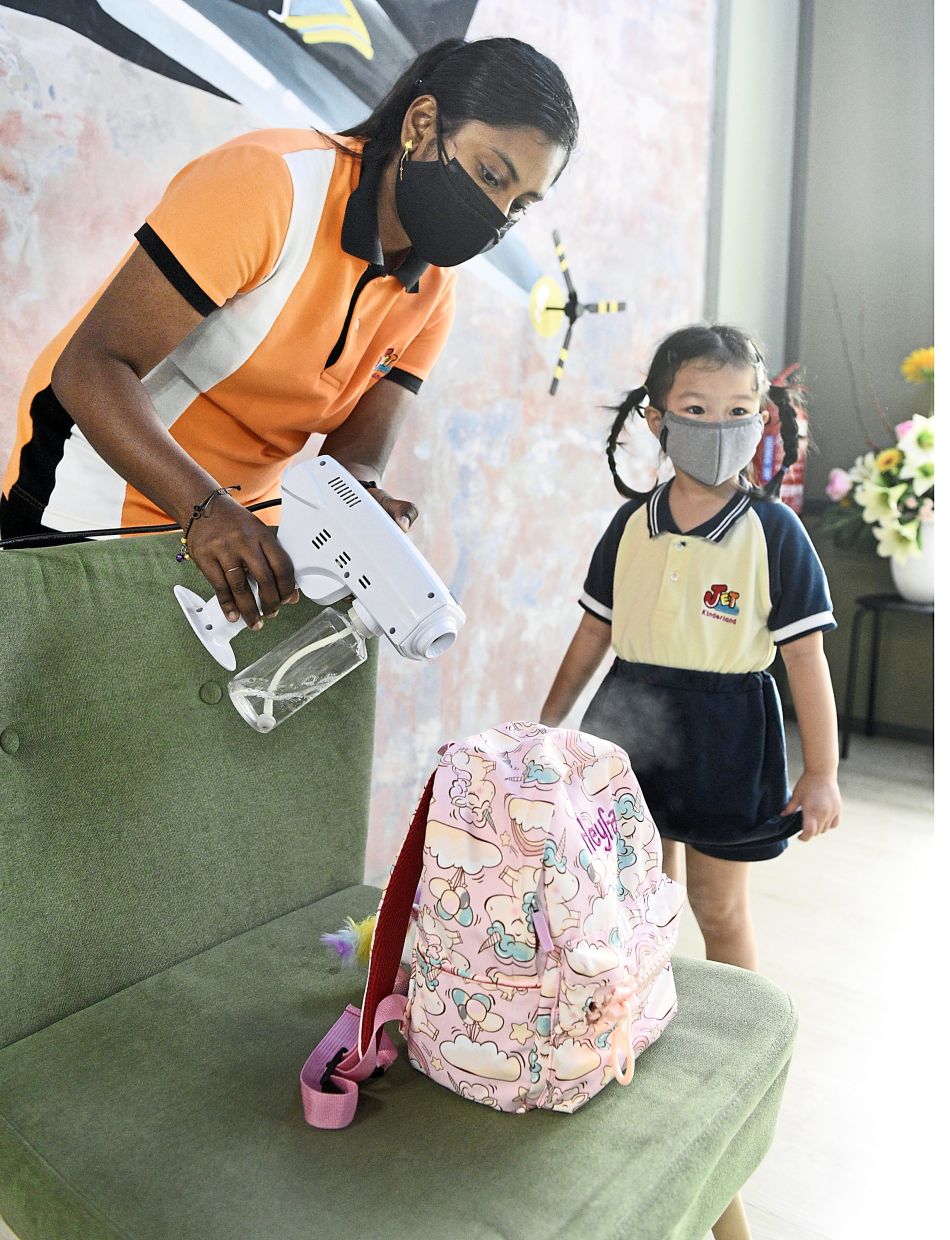 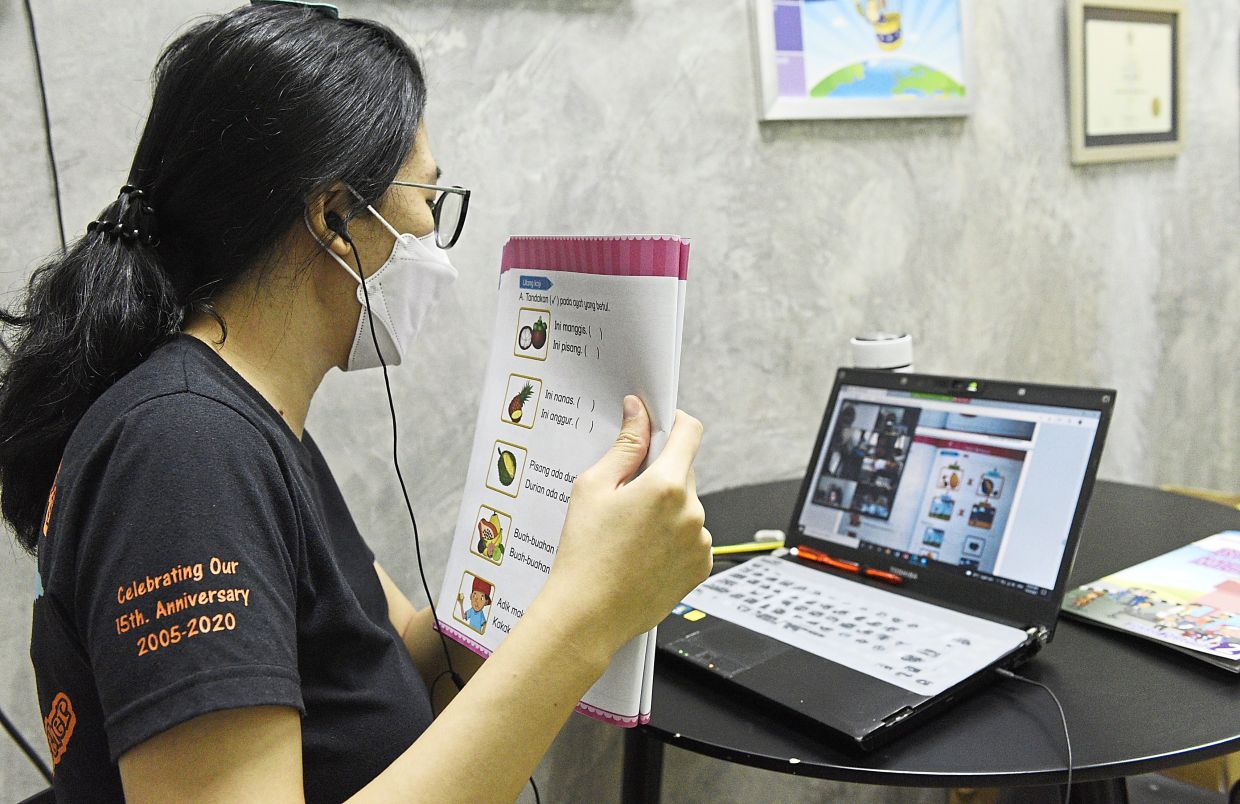 Pupils sitting at a distance from each other during lessons at Jetland Kindergarten in Bayan Baru, Penang. — K.T. GOH/The Star 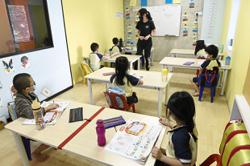 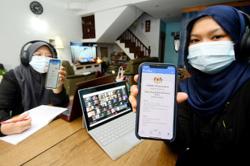