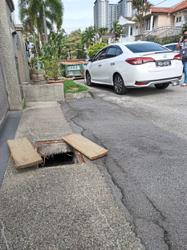 HOW long does it take to repair a broken drain cover?

This is the question 71-year-old Len Nyok Chong posed to Kuala Lumpur City Hall (DBKL), because it has been over three months since he first complained to the one-stop hotline 1800-88-3255 about a broken drain cover in a residential area.

However, what irked Len more was that a team of about 15 from DBKL went to his neighbourhood in a truck and two cars only to cover the drain with two wooden planks.

“The planks did not even fit the hole. It was only a temporary measure.

“Each time a car or a motorcycle went over it, the cover moved or tilted, exposing the hole and posing a danger to pedestrians,” he said.

Today the drain is still exposed and Len has not given up hope and still makes complaints.

He has even written a letter to Kuala Lumpur mayor Datuk Seri Mahadi Che Ngah, but he has not heard from anyone, adding that even photos sent via WhatsApp were not acknowledged.

“It’s a simple job. With the right tools, you probably need less than 20 minutes to fix it.

“So why did it take so long and a team of 15 officers in three vehicles to inspect a drain? Yet, no practical solutions are forthcoming,” he said.

This is not an isolated case.

A Gombak resident who only wished to be known as Lee, complained about clogged drains in his area last year.

He told StarMetro that after making repeated calls to the DBKL hotline, no one came to inspect the problem.

“Interestingly, when I called again not too long ago, the worker at the centre told me that the complaint had been resolved and that the case was now closed.

“But no one from DBKL came and the drain is still clogged,” added Lee.

There are many city folk other than Len and Lee who told StarMetro that their problems were not addressed by DBKL when they complained through its call centre.

Residents living in Taman Maluri, Cheras have also highlighted the deplorable condition of their neighbourhood park which they described as looking like a “war zone”.

“The walking path is broken, some of the playground equipment have been dislodged from their hinges, and the basketball court is broken and falling apart,” said a resident who declined to be named.

“We hope that something can be done to repair the park and its facilities,” she said.

“The DBKL call centre is not as effective as it used to be.

“Many residents complained that their problems were not being addressed despite repeated calls and that even the E-aduan system was not working well.

“I am planning to see the mayor soon to raise this matter. Hopefully we can find a solution together,” Chin added.

StarMetro, too, has helped the affected residents by forwarding to DBKL photos of the broken drain covers that it received.

The DBKL toll-free hotline which was launched on Jan 4, 2010, offers an avenue for residents to channel their complaints on services.

The call centre, which uses the Integrated Public Agency Complaints Monitoring System or i-SPAAA, allows DBKL to monitor all complaints and address them effectively.

The system also ensures that the call centre would respond to the complainant in no later than three days.

When contacted, Mahadi said he would find out why complaints through the hotline were not being addressed or resolved. 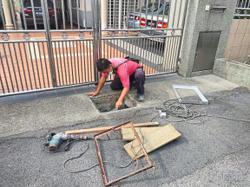 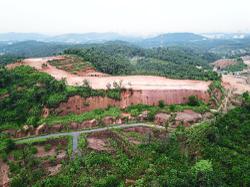