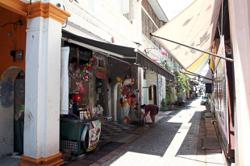 Razman (fourth from left) visiting a poultry farm in Sitiawan.

ALL poultry farmers in Perak have been advised to change their system from open farming to a closed house one by 2024.

A closed house system is where animals are reared in an enclosed building with controlled ventilation to reduce contamination through the air and address issues such as foul smell.

Perak plantations, agriculture and food industries committee chairman Razman Zakaria said the state planned to amend the Poultry Farming Enactment to beef up enforcement and make it compulsory for all poultry farms to adopt the closed house system.

“Farms operating with an open farming system are the main cause of the fly infestation here in Manjung.

“There are 526 poultry farms in the state, of which 30% have switched to the closed house system.

“We will meet to set a time frame for all poultry farms to make the switch, which is estimated to be within three years,” he said.

Razman was speaking after visiting a poultry farm in Sitiawan following complaints about flies there.

He said the state was also considering increasing the fines to encourage poultry farmers to switch to modernised farming systems.

“The Veterinary Services Department and other relevant agencies will continue to monitor the situation,” he added.

Razman also said getting poultry farms to switch to the closed house system was quite complex.

Some farms, he said, began operating a long time ago and could have problems making the switch, compared to the newer ones.

“Cost is also a factor for some operators to not change the system.

“But we do hope to get the cooperation of all farm operators,” he said.

Razman said he was told that even a minor change in the poultry industry could cause the prices of chicken to go up drastically.

“The prices of chicken may go up if all farms turn to the closed house system,” he noted.

He added that Manjung was one of the biggest producers of chicken in the country.

The fly infestation problem had been addressed in the past.

In 2019, state Veterinary Services Department director Dr Ahmad Shafri Hassan also said that the department was tweaking the Poultry Farming Enactment to better manage farms and to deal with the fly infestation issue. 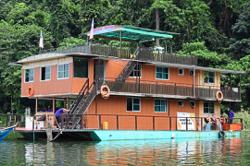