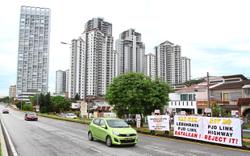 THERE is now an optimised alignment for the proposed Petaling Jaya Dispersal (PJD) Link elevated highway.

PJD Link (M) Sdn Bhd executive director Amrish Hari Narayanan told StarMetro that they had received the green light from the authorities to proceed with the next stage of planning on the alignment.

The authorities referenced are the Malaysian Highway Authority (MHA) and the Highway Planning Unit under Works Ministry.

However, this is not the final alignment, said Amrish.

“In short, we have come up with a firm proposal based on comprehensive technical considerations and engagement sessions with the authorities, as well as with community leaders,” he said.

“We are spending more time listening and engaging with all stakeholders, including community leaders, and fine-tuning the project to ensure the benefits are fully optimised,” he added.

Amrish said they would make this information available soon to solicit feedback from the general public.

In February, StarMetro published a report that two possible routes for PJD Link were being discussed.

The first plan is a route which starts at Bandar Utama and passes over Jalan Harapan towards the Sungai Penchala river reserve in Section 14, connecting to Petaling Jaya Old Town and ending in Bandar Kinrara, Puchong.

The second plan, proposed by a small group of residents, suggests that the highway pass over Jalan Harapan, Jalan Khoo Kay Khim and Jalan Utara before going through Petaling Jaya New Town, which will then connect to Petaling Jaya Old Town and end in Bandar Kinrara, Puchong.

Amrish said that due to the Covid-19 pandemic and National Recovery Plan, preparation of the EIA, TIA and SIA was taking much longer than anticipated.

He added that they had met with various residents groups, mainly in Petaling Jaya, since early this year to listen to their concerns about the PJD Link.

Among them was the Section 14 residents association (in March).

“They were concerned as to whether PJD Link would affect their property value as well as cause unacceptable levels of noise and pollution along with other forms of anxieties.

“We shared with them our plans to mitigate those impacts when building the new highway, not just through Petaling Jaya but also for Puchong.”

While Selangor government and Federal Government have yet to approve the PJD Link, a group of residents has questions over news that external financing is taking place by the developers.

The coalition against PJD Link Highway leader Sheikh Moqhtar Kadir said they were shocked to learn from a news report in a Chinese daily that the developer claimed that the project was approved by both Federal and state governments, and that developers had sought the help of foreign financiers for the project.

“Based on that alone, Selangor government should investigate and highlight the truth of the matter, considering the PJD Link project has yet to be approved,” said Sheikh Moqhtar.

“There have been no townhall meetings to address this.

“The majority of Petaling Jaya residents are objecting to this project because it is not beneficial to us living here.

“At this juncture, we need to discuss this with Selangor Mentri Besar as soon as possible, although the pandemic has minimised chances for us to do so,” he added.

Meanwhile, online petitions against PJD Link are now available on the “Say No to PJD Link” website — www.saynotopjdlink.org

A resident from Section 17 who was part of the group (comprising residents from different areas of Petaling Jaya) that launched the website, said it was set up to benefit people living in high-rise buildings who could put up virtual protest banners against the project.

“It is for individual residential property owners and individual business owners.

“Residents who live in condominiums can now protest without the physical banner,” said the spokesperson who declined to be named.

Those who want to submit their petition to the virtual map can now do so on the website.

“We hope the message on this website will be loud enough for the elected representatives to see that we do not want this highway,” said the spokesperson.

Visitors to the website can click on the map icons to view information and the various petitions received.

“Due to pandemic restrictions, we cannot go from door to door to explain what PJD Link is about and our reasons for protesting,” the spokesperson added. 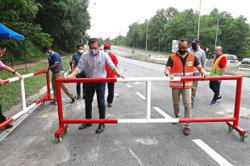