Zamani says the council will consider using its savings to pay utility bills and rent for needy residents.

SHAH Alam City Council (MBSA) will consider utilising its funds to ease the burden of those unable to pay their bills because of the effects of the Covid-19 pandemic.

“There has been a lot of data related to such cases,” said Shah Alam mayor Datuk Zamani Ahmad Mansor.

“We will look into this matter to see if we can help those unable to pay their rent or electricity and water bills,” he said at the council’s monthly full board meeting for July.

Emran, who is also Orang Besar Daerah Petaling, said that while giving out contributions with Petaling Islamic Religious Department’s Dakwah body, a recipient who received RM800 in cash for food told him that he had to use RM500 of it to pay two months’ rent.

“I think there are many others in the same situation.”

He said MBSA had the funds and the city council could help those in dire situations.

“It is good that MBSA has been giving out food aid through its Bakul Prihatin programme and it can continue based on good response.

“We can go further by using our savings to assist the residents in other ways too,” he suggested.

Emran said the council could reach out to residents through its respective Residents Representative Council (MPP), which would be able to identify those who needed help most.

MPP Zone 14 councillor Papparaidu Veraman supported Emran’s proposal and urged the council to consider using between 5% and 10% of the council’s savings to help affected residents.

“I have also helped those in my area with their electricity bills but there are many others facing a similar predicament.

“I have brought this up during a pre-council meeting, to increase our allocation to RM20,000 so that all councillors can help those in need,” he said.

Zamani also said the Bakul Prihatin MBSA programme in partnership with 99 Speedmart would continue after receiving good response from the public.

“From Feb 8 until June 30, public contribution totalled RM148,240 and the city council distributed 5,054 packs of essential items, including food and nutritional packs for babies,” he added. Zamani says the council will consider using its savings to pay utility bills and rent for needy residents.

Emran says MBSA had the means to assist those unable to pay their bills as an extension to the food basket programme. 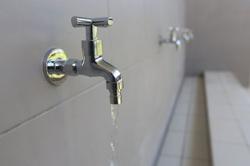