THE DAP-led Penang government should shelve plans to increase water tariffs and instead prioritise the welfare of its people, said MCA vice-president Datuk Tan Teik Cheng.

He said more than ever, with the daily confirmed positive Covid-19 cases surpassing the 7,000 mark, water would be needed to wash hands, bathe as well as clean premises, equipment, machines and cutlery more regularly. “DAP came into office with promises of alleviating the people’s burden by reducing the cost of living and now with tightened restrictions under MCO 3.0, the people, especially the B40 group, are in need of support.

“Unfortunately, DAP thinks otherwise and has no qualms about dishonouring its election pledges by further burdening the people who voted them in.

“In just 10 years of DAP’s governance of the Pearl of the Orient, water prices have jumped by four times, which is more than a 20% increase, ” said Tan in a statement.

His statement comes after Penang Water Supply Corporation (PBAPP) issued a statement saying that the National Water Services Commission (SPAN) would conduct a public consultation to revise water tariffs which were proposed in 2019.

Tan noted that increasing water tariffs during MCO 3.0 would lead to a rise in prices of products especially in the food and beverage industry, and any other factory or business operations that are reliant on water.

“During the MCO, there have been Penangites who lost their jobs, some ended up homeless and without food, while a few factories closed and foreign direct investments moved out, just like in other states.

“A water rate spike will not only further burden Penangites financially, but also deter FDIs from returning and companies from re-investing.

“PBAPP is proposing a RM3 to RM15 increase for residential users, depending on usage, which is expected to affect 75% of residential accounts.

“Commercial users will see an increase of RM3 to RM18.80, and a maximum increase of RM69.19 for those who use more than 100 cubic metres of water monthly, ” said Tan.

Jaseni said the revision is made based on the Tariff Setting Mechanism approved by the Federal Government.

He said Penang isn’t the only state involved in the public consultation by SPAN as other states such as Kedah, Perak, Melaka, Negri Sembilan and Johor are also involved.

According to data, Jaseni said Penangites consumed 845 million litres of water daily in 2020 and is expected to rise to 1,884 million litres by 2050. 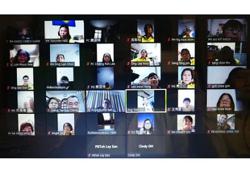