Anjalai beaming with pride while holding a book featuring photos of her in the INA that was compiled for her birthday celebration.

IT WAS a moment to cherish for a Malaysian woman, a veteran of the Indian National Army (INA) that fought to liberate India from British rule, who was honoured on her 101st birthday.

Anjalai Ponnusamy from Sentul, Kuala Lumpur is one of the few surviving women recruited under the INA women’s wing — the Rani of Jhansi Regiment — by Indian nationalist Netaji Subhash Chandra Bose during the Japanese Occupation of Malaya.

She was given training in Singapore and sent to guard the Burmese-Indian border between 1943 and 1945.

Anjalai, who was adorned with a shawl and garland, also received a silver plaque as a memento from Indian High Commissioner to Malaysia, Mridul Kumar.

Mridul said the event had been planned in conjunction with her centenary anniversary last year but it was delayed due to Covid-19 and the movement control order.

The Indian Government, he said, had the highest gratitude for the war heroes and heroines from Malaysia for their service to the cause of Indian freedom.

“The remarkable achievements and stories of brave men and women like Anjalai ji deserve to be better publicised for the benefit of the people of both Malaysia and India, ” he added.

Malaysia-India Heritage Group founder Prabhakaran Nair said Anjalai embodied a historical link between Malaysia and India based on the common struggle of the two countries for freedom and human dignity.

The INA, he said, was a turning point in the life of many in the Indian community.

“Many youths trapped in the vicious cycle of poverty, exploitation and abject degradation had developed a sense of worth upon joining the army. The same was true for the women.

“Netaji gave women a sense of purpose. He declared that unless and until women played their part in the national struggle, India could never hope to be free.

“Madam Anjalai, who only had one or two years of education, went on to become a respected community leader, ” he added.

Anjalai, who is now wheelchair- bound, said she was proud to have served the INA and had preserved her uniform cap all these years in remembrance.

She said she was grateful to be remembered and acknowledged.

“We were trained to use firearms and it was a gruelling time guarding the border.

“Two of my comrades died in an attack by guerillas in Thailand while we were on our way back from Burma on foot, ” she said, recounting her experience.

Anjalai made it back to Malaya safely after the war, married and raised nine children. 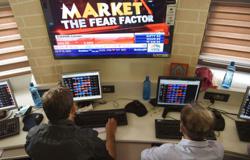 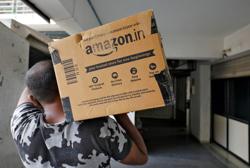