The hoopoes seen in the Taiping Lake Gardens are from northern Asia.

A PAIR of hoopoes (Upupa epops) are currently breeding in the Taiping Lake Gardens.

Rarely seen in Malaysia, the colourful birds were spotted at the lake gardens in the middle of April.

Taiping Municipal Council president Khairul Amir Mohamad Zubir said it was the first time the birds had been seen nesting in the country, with its discovery in Taiping making it more special.

“The municipal council will pay attention to the safety of the birds, which are currently nesting on a yellow flame tree.

“Through the Taiping Zoo and Night Safari, we will collaborate with the Wildlife and National Parks Department to hold joint activities like scheduled monitoring near the breeding area, recording of the pair’s behaviour and related studies.

“This information will help us learn more about the birds.

“Tape has been placed around the breeding area to stop people from intruding or getting too close to the birds’ nest, ” he said.

Khairul Amir added that people were reminded not to disturb the hoopoes’ nest as this could stress the birds out and cause them to fly away and never return.

Hoopoes are mostly found in the Afro-Eurosia region, including Europe, Africa and Asia.

It can be divided into several sub-species, depending on the place of origin.

The one spotted at the lake gardens is from northern Asia.

Hoopoes are migratory birds that fly to warmer climates during winter, between September and April.

“Normally, the birds would fly back to their original country in April though there is a possibility of them staying on at their temporary nesting grounds.

“We do hope that more hoopoes will nest here in the future, turning the lake gardens into a hub for other migratory and rare birds, ” Khairul Amir said.

He added that Taiping Lake Gardens was rich with flora and fauna.

Other birds that have been seen there include cattle egrets, oriental pied hornbills, rhinoceros hornbills, spotted wood owls, common flamebacks and long-tailed parakeets. 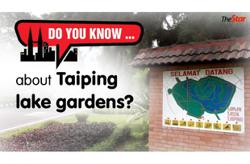 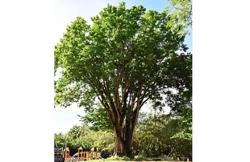