By BAVANI M. And JAROD LIM 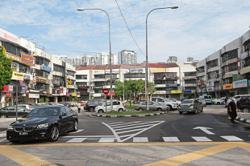 DBKL enforcement officers from a special task force sealing off a premises in the city for carrying out vice activity.

However, the city’s special task force on vice has managed to intercept their illegal operations with continuous covert operations.

Various raids have been conducted on premises such as budget hotels and massage parlours from January to April. These places have been sealed with items confiscated and operators compounded.

From January to March 31, a total of 39 establishments were raided, and over 400 items confiscated and compounded for violating multiple licensing laws.

Out of that number, 10 budget hotels in the city were closed down for being in the flesh trade while 29 foot reflexology and massage parlours were either shut down or compounded for various offences involving vice.

A DBKL spokesperson said the operators of some of these premises had infringed licensing regulations by offering sex services to patrons.

“One hotel in Taman Setapak, which did not have a valid licence, was using the first floor of its premises to operate as a vice den, ” the spokesperson said, adding that 24 rooms were used for illegal activities.

“A closure notice was issued under Section 18 of the Local Government Act 1976 and Hotels (Federal Territory of Kuala Lumpur) Act 2003, ” he said.

At another budget hotel in Pudu which had a valid licence, 15 rooms on the third floor were used for vice activities, while a foot reflexology centre in Cheras was similarly found carrying out such activities.

The operators were in violation of the Licensing and Trades, Businesses and Industries (FTKL) By-law 2016.

“We have officers on the ground who are constantly watching, so beware, ” he added.

The two parlours on the first floor of a building were found to have conducted illicit activities and were operating without a valid licence by DBKL.

Twenty-five rooms at both locations were used as a venue to conduct the vice activities.

The enforcement team detained 12 Thai and Indonesian women who worked as masseurs and sex workers, as well as five Malaysian men — two of whom were found manning the counter at the premises while the others were customers.Both premises were issued a notice each under Section 3(1) of the Trade, Business and Industry (WPKL) 2016 By-law and were sealed under Section 101(1)(v) of the Local Government Act 1976.

DBKL also issued a notice to a hotel in Desa Sri Hartamas for failing to display an operating licence under Section 107(5) for the same act.

A total of 43 items were seized, including condoms and lubricants.

On another matter, the spokesperson said last year, DBKL conducted joint raids under Ops Tebah with the Immigration Department, police and the National Anti-Drug Agency (AADK). Twenty-seven premises were raided.

“A total of 232 items were seized during these operations while 27 people were detained, with 16 of them foreigners, ” he said. 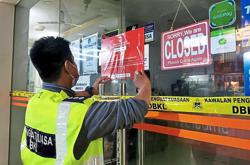