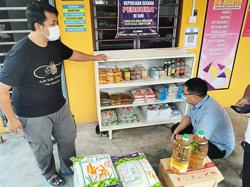 AS A provider of food to the underprivileged since 2017, Penang’s Mutiara Food Bank initiative has collected a whopping 952 tonnes of food, benefiting 49,179 recipients.

State welfare and environment committee chairman Phee Boon Poh said this showed that the programme was successful in assisting the needy.

“Mutiara Food Bank was even emulated by the then Federal Government when it established Yayasan Food Bank Malaysia (YFBM).

“This initiative has helped alleviate the burden of those affected by the Covid-19 pandemic.

“From January 2020 to February this year, the programme saved over 206 tonnes of surplus food which benefited 24,692 recipients, ” he said during his speech at an engagement session.

On a separate note, Phee said the state government — through collaboration with Penang Green Council, Seberang Prai City Council and Environment and Water Ministry — was conducting the SEA Circular Project which aims to address the impact of plastic pollution on the marine environment by making changes to the plastic waste management system.

“The SEA Circular Project is an initiative under the United Nations Environment Programme and the Coordinating Body on the Seas of East Asia, which also has the support of Sweden.

“In Malaysia, only two states have been selected as strategic partners for this project — Selangor and Penang.

“This project aims to raise awareness and change community behaviour by focusing on reducing the use of single-use plastics, ” said Phee. 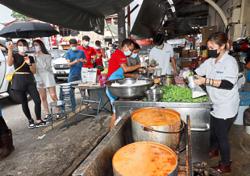