A caretaker of a bus depot in Johor Baru pulling out overgrown grass around one of the buses parked there. — Photos: THOMAS YONG/The Star

AN eerie atmosphere fills the air at several private bus depots where dozens of buses are parked and stationary for long months.

The exterior paint on some is fading as they have been exposed to the elements for an extended period, with little hope of hitting the road anytime soon as both state and national borders remain closed.

Among the vehicles spotted at the two depots visited by StarMetro in Johor Baru were tour, express, school and factory buses. Some were parked along roads outside the depot.

However, it has been close to a year since he last touched the steering wheel of a bus. 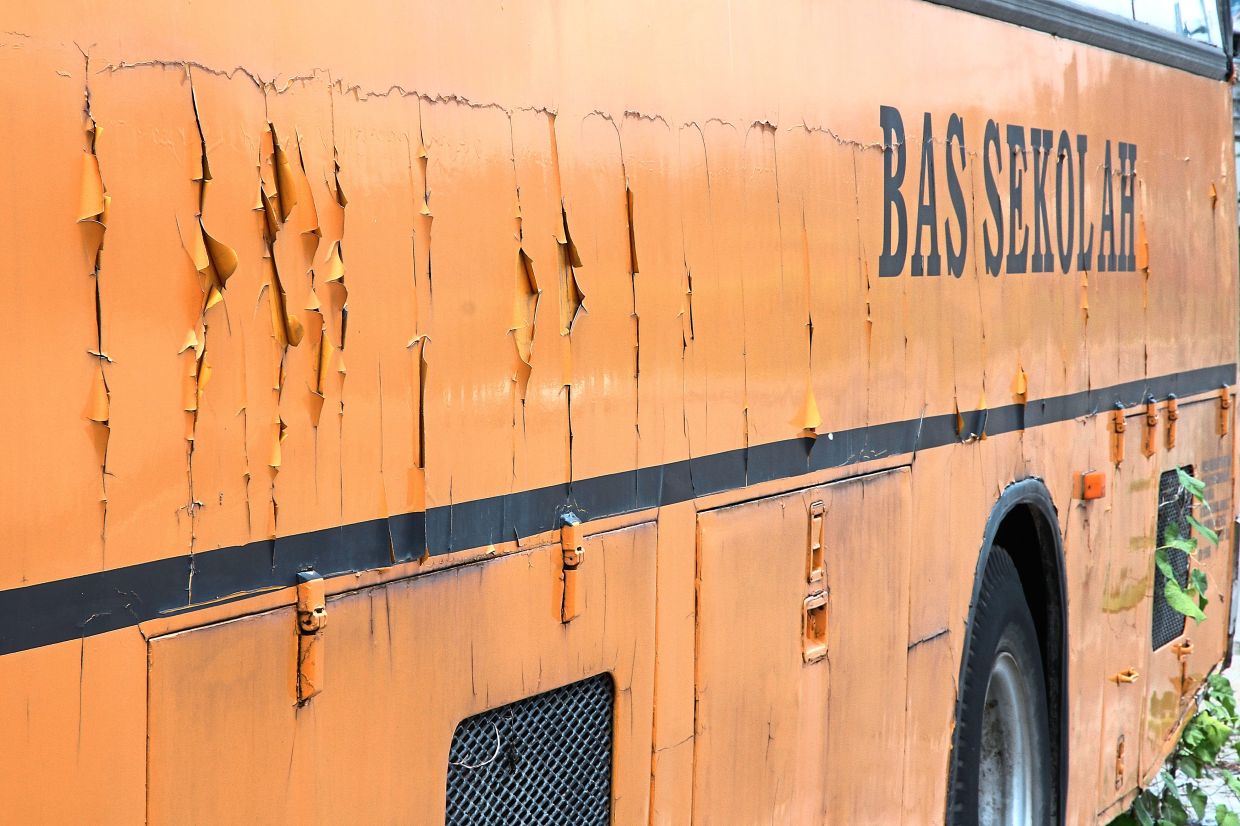 Paint peeling off a school bus parked by the roadside near a bus depot after months of not being used.

“Although the bus service is no longer operating, we still have to service the vehicles regularly.

“It is expensive to maintain a bus. But it is far more costly to operate this bus with the border still being closed.

“This is an 18-seater VIP bus that is meant to carry tourists over long distances.

“It is not suitable to drive passengers for short trips around Johor Baru. Ismail: It is not economical to run a VIP tour bus for short distances.

“Since it can accommodate very few passengers, we would be operating at a loss, ” he said.

Bus operator Usman Haron, 52, said it would cost at least RM10,000 to service a bus before it could be roadworthy again.

“That does not include the monthly loan instalments or road tax and insurance.

“Although we were able to go on several trips between July and the end of last year, the number of passengers were a far cry from what we used to have before.

“Most tour buses depend on foreign visitors, with 60% to 70% of passengers coming from this group, ” he said. 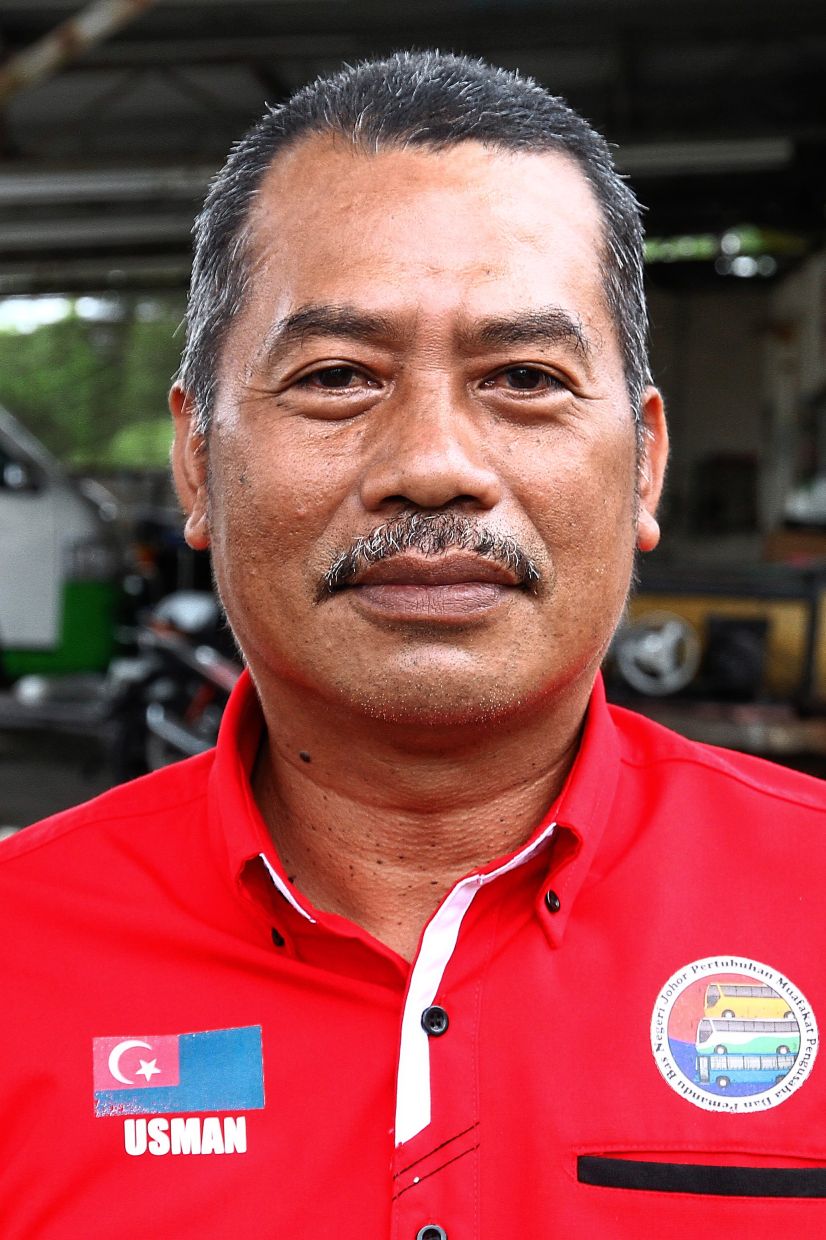 Usman said some tour and express bus operators have decided not to continue despite the movement control order being in the conditional phase now.

“It is difficult for us to cover costs with the current number of passengers, ” he added.

Usman, who owns about 20 buses that transport workers, said although this sector was doing comparatively better, the picture was not that rosy either.

“This is because many foreign workers have returned to their home country and employers are unable to bring in a new batch due to the closure of borders, ” he said.

He noted that there were at least 150 bus operators in Johor that used to carry Malaysian workers to Singapore daily. “They each have at least three buses and all are either left at the depot or parked at their homes, ” he said.

Meanwhile, Johor Muafakat Bus Operators and Drivers Association chairman R. Thiagarajan said of its 100 members, only about 50% were operating.

Even so, he said, they were running only at half capacity and that both schoolbus and tour bus operators were badly affected.

“Despite not being able to move, they still have to maintain the vehicles and pay their monthly loan instalments, ” he said.