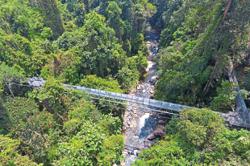 WHEN it comes to Kedah, the island of Langkawi may be a favourite destination among holidaymakers, but there is so much more that the rice bowl state of Malaysia can offer.

In mainland Kedah, there are fascinating histories waiting to be told and various mouth-watering food to be savoured, while its majestic natural attractions await visitors.

One such attraction is Tree Top Walk Sungai Sedim, one of the country’s best-kept travel secrets.

The canopy walk, which is located within the Sungai Sedim Recreation Park in Kulim, is believed to be the longest in Asia at a length of 925m, with its structure made entirely from steel. 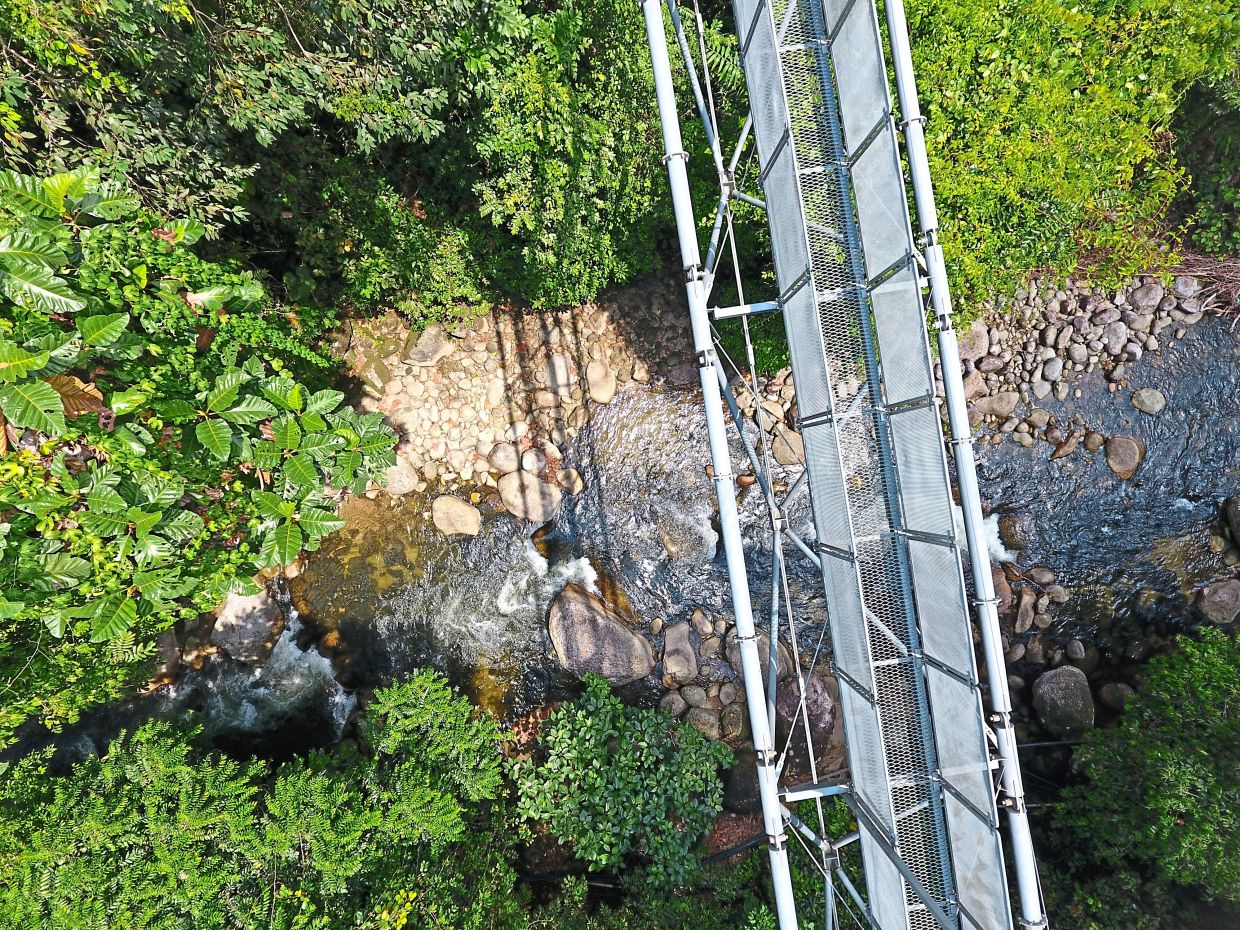 At its highest point, the canopy walk rises to 26m from forest level.

Tree Top Walk Sungai Sedim, which is just one-and-a-half hour’s drive from George Town, Penang, and preserved in the

forest reserve of Gunung Inas, belongs to the Kedah government and is managed by Syarikat Perusahaan Azam Travel Sdn Bhd, a private company, since 2006.

Its assistant manager Mohd Rafis Yahya said the walkway of the canopy walk roughly follows a rectangular shape and crosses the river twice. 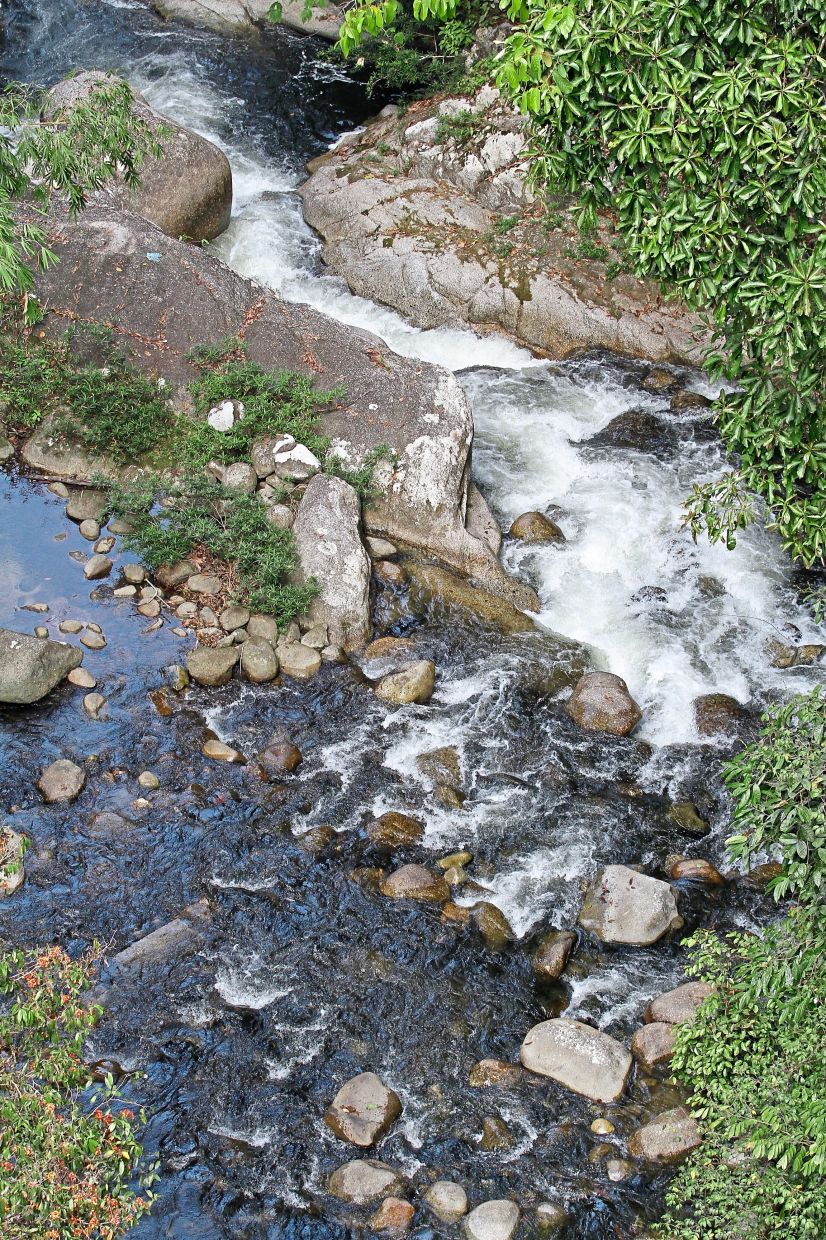 A view of the river below the canopy walk.

“What makes this walkway special is it is built within two districts – Baling and Kulim – where you can cross the districts’ border while walking through it.

“The walkway, which was made of sturdy steel grille, took 14 months to build and was completed in March 2005.

“It was opened to the public in 2006 and was launched by the then Kedah Ruler Sultan Abdul Halim Mu’adzam Shah in 2009. Mohd Rafis: There is a beautiful waterfall near the canopy walk

“This place was the brainchild of former prime minister Tun Dr Mahathir Mohamad who wanted Kedah to have some unique destinations for the public to visit, ” he said.

The canopy walk provides a bird’s eye view of the forest and the structure does not damage the trees since it is not attached to any of them.

“Besides bird watching and enjoying the forest scenery from the canopy walk’s highest point, visitors can also enjoy other activities such as white water rafting, jungle trekking, jungle walking and a nature obstacle course, ” he said. 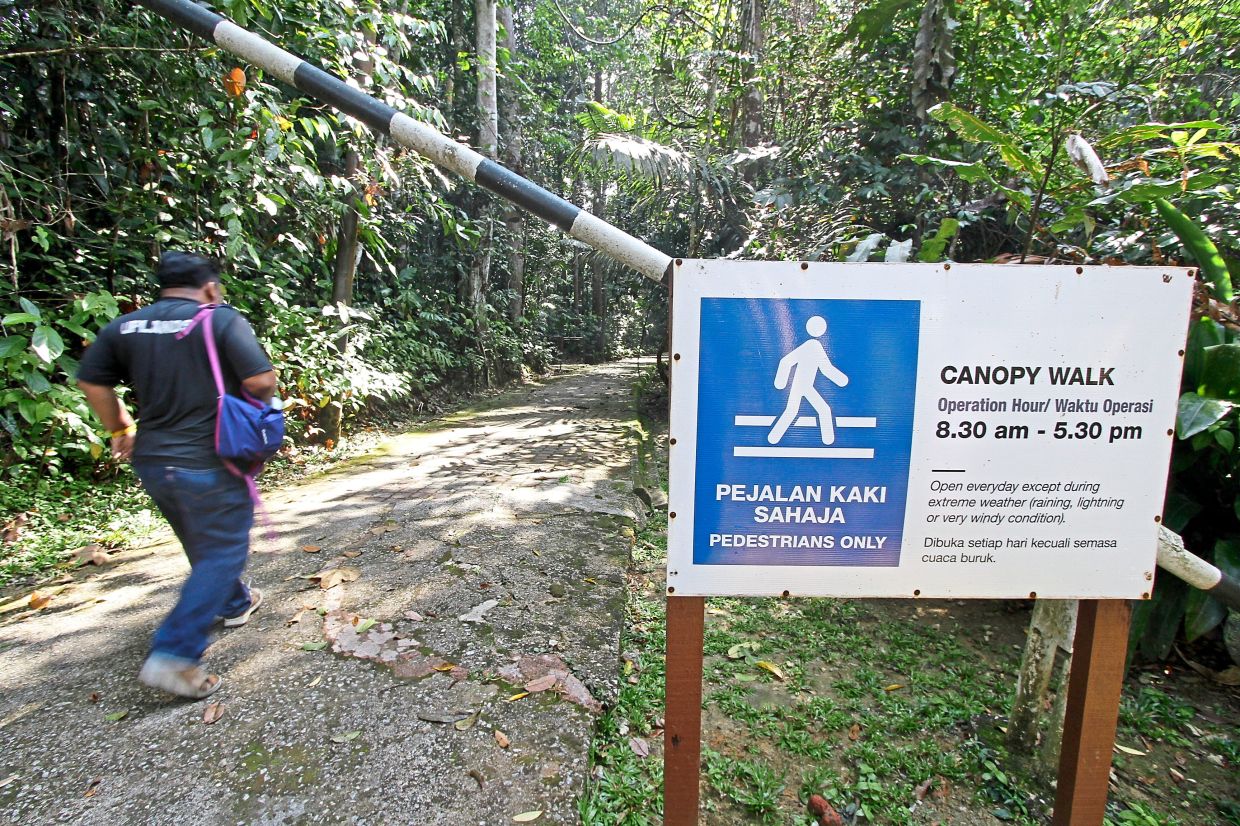 The entrance to the canopy walk in Sungai Sedim.

“There is also a beautiful waterfall near the canopy walk where visitors have to hike for about 4km before arriving there.

“Chalets are available within the recreation park grounds for visitors who would like to stay the night, ” he added.

For more details about the Tree Top Walk Sungai Sedim and other attractions in Sedim, Kedah, call 04-4901588 or visit http://treetopwalk.com.my/ 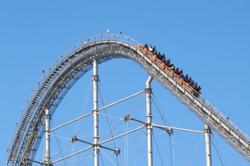