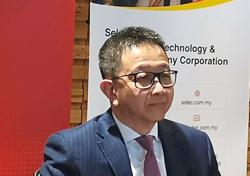 THE Selangor government will use its disaster fund to disburse RM500 each to all 120 houseowners in Bandar Baru Salak Tinggi and Labu whose properties were damaged in the thunderstorm on Saturday (March 6).

The three-hour downpour and accompanying strong winds peeled roofs off from buildings and uprooted trees, among others.

“I am waiting for detailed reports from the state disaster unit and MPSepang to see what else can be done to help the victims and repair public amenities that were damaged, ” he said.

Amirudin added that the state government will coordinate with various agencies to ensure help is extended to those in need.

“For example, Zakat also has a scheme for the poor to rebuild houses damaged by a disaster, ” he said.

Amirudin also said that there were avenues to seek help for those who were injured during the disaster.

Meanwhile, Abd Hamid said the disaster resulted in 154 trees being uprooted in 38 locations.

He said 73 MPSepang personnel, assisted by various agencies, were dispatched to conduct the clearing works since Saturday and work was 70% complete.