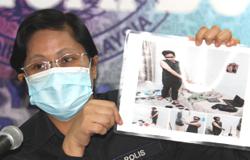 An artist’s impression of Dahlia Sari.

Dahlia Sari is part of the 81ha Saujana Perdana development, which comprises 2,018 units of residential and commercial properties.

Located in the neighbourhood of Bandar Saujana Utama and easily accessible to Kuala Lumpur city centre through various expressways, Dahlia Sari is an attractive option as the last residential phase of the Sari series landed homes development in Saujana Perdana.

Developed by Glomac since 1995, Bandar Saujana Utama is a well-planned township that stretches across 445ha northwest of Sungai Buloh district, where Saujana Perdana forms part of this development land.

Currently, both Bandar Saujana Utama and Saujana Perdana have an impressive occupancy of more than 93% and are expected to reach a population of 55,000 by year-end.

Glomac chief operating officer (operations) Zulkifly Garib was optimistic when asked about his expectations on demand for Dahlia Sari homes in the wake of the Covid-19 pandemic.

“It will be taken up quite fast, ” he told reporters during Glomac’s Dahlia Sari virtual briefing session.

“People are spending more time at home, ” he said, adding that design features of the houses would attract those who work as well as study from home.

“It is comfortable, ” he added.

Dahlia Sari offers four-bedroom, three-bathroom houses that are thoughtfully designed with a built-up area of 1,815sq ft to 2,175sq ft.

Modern design with 2.4m-high windows in the master bedroom optimises overall view, lighting and ventilation of each house.

It is also designed to be flexible with a larger guest room and seamless layout concept from the living area right up to the kitchen.

Additionally, a large garden for corner units enables lush landscaping and the creation of a suburban sanctuary.

When asked about targeted buyers, Zulkifly said: “Most of our buyers are families.

“There are small families and those who want to upgrade from smaller homes.”

Dahlia Sari sits within proximity of amenities such as schools and educational institutions, places of worships, healthcare facilities, restaurants and convenience stores, all of which offer stress-free convenience with suburban healthy lifestyle facilities such as parks and open spaces.

Dahlia Sari, which is targeted to be completed by March 2023, is available from RM528,800 for an intermediate unit.

Dahlia Sari has a gross development value (GDV) of RM80.2mil.

To date, Glomac has launched a total of 1,240 units of double-storey terrace houses in Saujana Perdana with a total GDV of RM700mil.

After Dahlia Sari, Glomac will shift its focus to commercial development in the area to increase commercial activity and provide more services to Saujana Perdana residents.

Zulkifly revealed that the pandemic might have affected the launches of their projects to a certain extent, but was quick to point out that the company had other development plans in the works too.