Low with the SP Pearl stingray at his facility. — Photos: ZHAFARAN NASIB/The Star

A BREEDER of exotic freshwater stingrays, some worth up to RM100,000 each, has discovered huge market potential after taking his business online.

Low Kheng Keat, 37, who operates his farm in a rural area in Sungai Bakap, Penang, said in the past, he supplied only to aquarium shops.

When the movement control order was implemented last year, aquarium shops stopped ordering and Low resorted to selling his stingrays online instead.

He posted photos of each stingray on the web and conducted live video conversations with potential customers so that they could inspect the specimens up close.

Once deals are struck, the stingrays are packed and shipped in insulated containers to their new owners.

“I thought only those in the industry knew me.

“However, when I tried to sell the stingrays online last year, I was surprised by the demand, ” said Low.

“Customers from all over Malaysia ordered the stingrays from me, even from Johor, Sabah and Sarawak.”

Low said his service included helping to raise the fish and providing lessons on caring for stingrays.

At present, he has three main species bred in the farm: Black Diamond, SP Pearl and Royal Marble, all from Brazil.

“There are four types of Black Diamond stingrays. “One of them is the rare and prized Super White which can fetch between RM60,000 to RM100,000 in the global market.

“Black Diamonds are expensive due to their striking jet black body and bright white spots, and females usually produce only one baby at a time, ” he said.

Stingrays are fish that reproduce through internal fertilisation.

The females do not lay their eggs and the males impregnate them internally by inserting a modified pelvic fin into the females.

Low said of the other two species he breeds, SP Pearls can grow up to 60cm in diameter while Royal Marbles are more affordable at about RM800 a pair.

He said the stingrays are usually sold young for customers to experience raising them.

“With lifespans up to 30 years, stingrays are long-term pets if they are well-cared for.

“Customers grow them in large tanks and we accept trade-ins of adult stingrays.

“Sometimes, customers can pay and have me raise their stingrays until they are stable, ” he said.

Low’s experience in breeding stingrays is an extension of his 18 years farming Arowana fish in Bukit Merah, Perak.

“Then one day, a Taiwanese introduced me to freshwater stingrays and I was fascinated by their graceful beauty.

“With reduced demand for Arowana, I then shifted to breeding stingrays.

However, without a valid permit from authorities to export stingrays, Low is restricted to selling only in the country.

“There are prospects for export to countries like Japan as they are willing to pay top dollar.

“I hope there can be some form of assistance from the government to boost this industry, ” he said.

“Low is the only freshwater stingray breeder in Penang.

“Although he has been breeding freshwater stingrays as an ornamental fish for 10 years, the industry is still new in the country.

“Low’s global reach can only be realised with Federal Government support, ” said Goh. 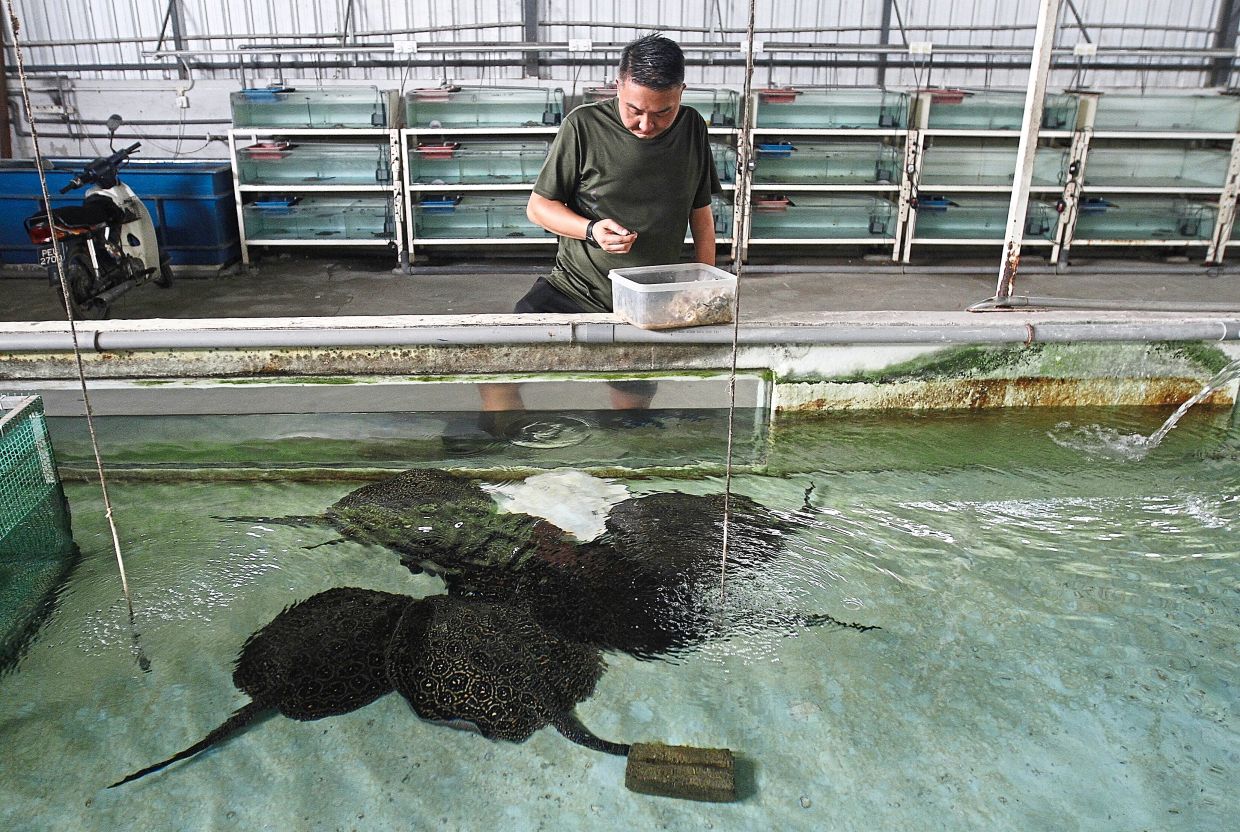 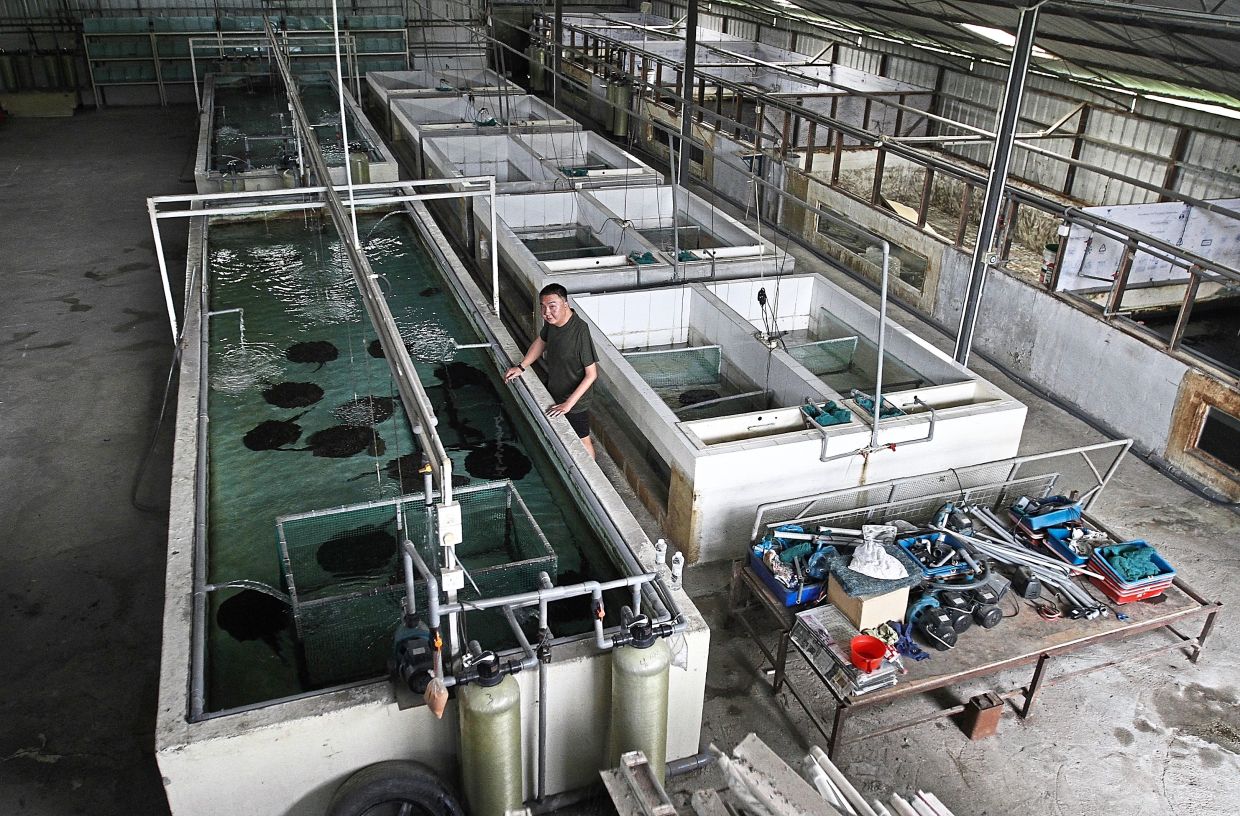 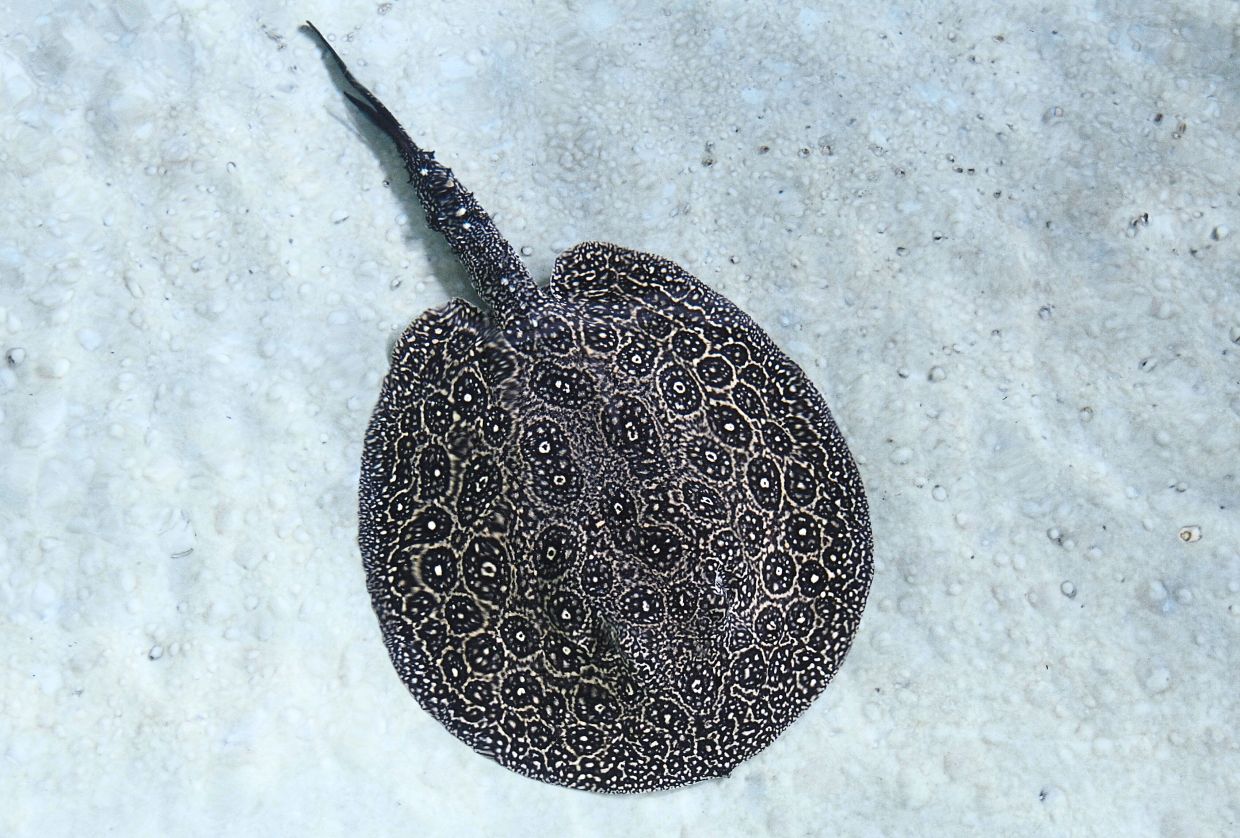 Low with the SP Pearl stingray at his facility. — Photos: ZHAFARAN NASIB/The Star