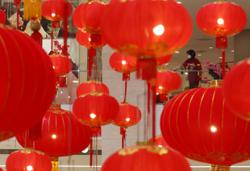 PENANG has recorded the highest number of open burning cases in five years despite being under a movement control order since March last year.

Sharifah said the northeast district registered the most cases with 241 reported incidents.

“Most of the complaints received by DOE were about open burning of rubbish in residential areas, empty plots and bushes.

“Complaints about open burning are consistently increasing every year.

“This rise may be influenced by increased public awareness of environmental care, ” she said in a statement.

Sharifah said the sudden increase in open burning started three years ago with 284 cases recorded in 2018.

“Open burning is especially hazardous during prolonged dry seasons because it contributes to haze which affects public health and reduces visibility.

“The state DOE will increase patrols in areas that registered frequent complaints.

“We will also use drones to monitor areas that are difficult to access, ” she said.

Sharifah said they had issued a total of 34 compounds that can go up to a maximum of RM2,000 besides delivering 163 warning letters.

“Open burning is an offence under Section 29A of the Environmental Quality Act 1974 which carries a jail term of up to five years or a maximum fine of RM500,000 or both.

“We urge all relevant parties to cease open burning and opt for environmental-friendly methods to manage domestic and garden waste, ” she said.

Those who come across open burning are urged to report to DOE through its toll-free number at 1-800-88-2727 or via email to aduanpp@doe.gov.my.