THE issue of residential areas being located close to industrial zones is on the rise in the Klang Valley.

The Department of Environment (DOE) has been tasked with ensuring that there is sufficient distance between industries and settlements, so that residents are not exposed to any kind of pollution from industrial operations.

The setting up of an industrial complex is subject to approval of an environmental impact assessment (EIA), which is granted by the DOE.

Prior to 2018, it was the responsibility of DOE to set the minimum distance between industries and settlements.

Developers were required to comply with the distance set in order to obtain EIA approval.

However, this changed with the adoption of the Environ-mental Essentials for Siting of Industries in Malaysia (Eesim) guidelines, which stated that the minimum distance would be decided based on the local plan issued by the local authority.

Eesim superseded the previous guidelines, which had set the minimum distance of 500m, 250m and 50m for heavy, medium and light industries, respectively.

The presence of a paper processing factory (left) some 40m away from the Taman Bakti housing area in Banting has called into question the interpretation of the minimum distance for industries. Some say this is measured from the fence, while some say from the plants.

In Selangor, however, the Selangor State Manual Guideline and Planning Standard sets

the minimum distance at 300m, 150m and 50m for heavy, medium and light industries, respectively.

This guideline was introduced in 2016 by the Selangor Urban and Village Planning Department (PLANMalaysia).

Several local authorities such as Ampang Jaya, Selayang, Subang Jaya and Sepang are using this state-level guideline to determine the minimum distance.

Unlike its counterparts, Kuala Langat Municipal Council (MPKL), sets its own minimum distance as reflected in the Kuala Langat Local Plan 2030, whereby heavy, medium and light industries have to be situated a minimum of 500m, 250m and 50m away, respectively.

“The primary guiding principle should be to ensure residents’ health and safety, especially in the event of a disaster such as explosions or fire.

“As such, an industry should not be sited too close to a housing area, ” he pointed out. The former National Institute of Occupational Safety and Health chairman questioned if local authorities had the expertise to decide the minimum distance.

“The issue relates to health and safety, which fall under the purview of the Occupational Safety and Health Department (DOSH), ” he said.

Lee added that DOSH and DOE must have a strong say in deciding on the minimum distance separating industries from settlements, to prevent local authorities from setting them to fit their needs.

Sahabat Alam Malaysia (SAM) president Meenakshi Raman said that prior to October 2017, DOE had used the Guidelines for Siting and Zoning of Industry and Residential Areas 2012, in which the minimum distance was set according to modelling studies.

“A general guide for minimum distance between heavy industries and settlements then was 300m, but this could be increased to 500m or 600m depending on the type of industry, such as manufacturing and chemical.

“But our query in 2018 revealed that the determination of minimum distance now laid with the local authorities, which would approve any development under the Town and Country Planning Act 1976, ” she noted. 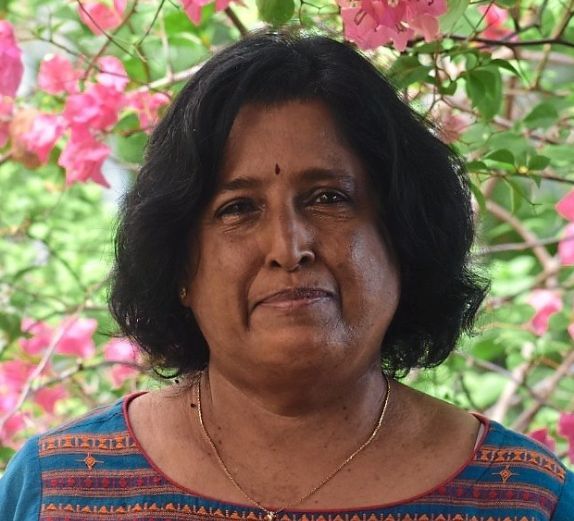 Meenakshi says the public has the right to clean air and water and that the authorities must safeguard access to these resources.

Meenakshi said it was necessary for Selangor PLANMalaysia to review the minimum distance needed, to prevent conflicts between local communities and industries.

“Our experience has shown that too short a distance from industries is not effective in protecting locals from any harm and nuisance.

“We have received numerous complaints from residents in Kuala Langat and Banting, who have been protesting against a paper factory and a lead-acid battery plant in those areas.

“Cumulative exposure to pollutants resulting from these industries might have detrimental effects on these people, especially children and the elderly, ” she said.

She cited as example the pollution of Sungai Kim Kim in Pasir Gudang, Johor, last year, which saw some 4,000 people in the district affected and 110 schools closed.

“The public has a right to a clean environment and it is the responsibility of the authorities to safeguard their access to clean air and water, ” she stressed.

According to planning, development controls and local governments expert Derek Fernandez, the adoption of Eesim does not mean that DOE has no say in determining minimum distance.

In fact, the department’s input was sought by Selangor PLANMalaysia in drafting state guidelines.

He said DOE, alongside other agencies, took part in reviewing any development application at the one-stop-centre (OSC) committee at local authority level.

“Any application, including those involving industrial facilities, must go through the committee that comprises the council president, several local councillors as well as representatives from the DOE, police, Fire and Rescue Department, and Public Works Department, among others.

“The committee reviews the applications before issuing planning approval, which is equivalent to a development order in Kuala Lumpur, ” said Fernandez, who is also a Petaling Jaya city councillor.

He said a development application could still be denied even though the minimum distance requirement was met.

“When a development is proposed, a notice will be put up on site by local authorities to inform the public and allow for objections to be raised.

“The people may write to the authorities or notify their respective assemblyman or MP.

“A public briefing will then be held, where concerns will be heard and the developer will need to provide mitigation measures.

“The development application can be denied if the responses are not satisfactory, ” Fernandez explained. Fernandez says a development application can still be denied even though the minimum distance requirement is met.

An issue of contention involving minimum distance is whether it is measured from the fence surrounding the industrial facility or the plant itself.

Fernandez opined that the measurement should start from the fence.

“The point of the minimum distance is to provide a safety buffer between local residents and the industrial activities being carried out at the facility.

“Even though a plant is located farther inside the industrial compound, it may store hazardous materials at the fence, thus posing a risk to residents, ” he said.

He emphasised that it was, however, important to determine which was built first -– the industrial facility or housing area.

“If the housing scheme came later, then the onus would be on the developer to explain why the project was built so close to an industry, ” he said.

Fernandez also noted that while local authorities could refer to the state guidelines in setting the minimum distance, they could still go with their own local plan, as done by MPKL.

“The state guidelines should only be followed by local authorities if they do not have their own local plan.

“The local plan is important as it is an agreement on land use between stakeholders, local authorities and the state, ” he added.

Meanwhile, Selangor local government, land transport and new village development committee chairman Ng Sze Han agreed that the local plan should prevail in the event of a discrepancy with the state guidelines.

“This is because a detailed study would have been carried out for the local plan, which means it suits local needs, ” he said.

He added that the state guidelines and local plan could be reviewed from time to time.

In vetting a development application, Ng said that apart from the minimum distance, local authorities would also refer to the EIA report, public objections and technical advice from relevant agencies.

While authorities, experts and non-governmental organisations work out the technicalities on the minimum distance for industries to be located away from a residential area, the matter is already having an impact on people’s lives.

In a StarMetro report on Aug 31, residents of Kampung Sungai Manggis in Banting raised concerns over a paper processing factory that they claimed was sited too close to the Taman Bakti housing area.

They said problems such as noise, odour and water pollution appeared since the factory started operating last year.

The residents and Kuala Langat Environmental Action Association (PTASKL) questioned how the factory was allowed to operate despite not complying with the 500m minimum distance as stipulated in the local plan.

Ng had said a new local plan for Kuala Langat would be issued, in which the minimum distance would be revised to 300m. Chee Kwang says the minimum distance in Kuala Langat should follow the local plan that has already been gazetted.

PTASKL legal advisor Lee Chee Kwang, however, said it was unfair to decide on the factory’s minimum distance based on a local plan that was yet to be gazetted.

“The present local plan was submitted by MPKL to the state government and had been gazetted for use in Kuala Langat.

“Although a newer edition is in the works, it does not overwrite what has already been gazetted, ” he reasoned.

On Oct 28, the factory in question, Best Eternity Recycle Technology Sdn Bhd, told StarMetro that although the distance from its fence to the neighbourhood was below the minimum requirement, its plants were located farther inside the compound.