36 areas within Klang have been put under conditional MCO

ROADS in Klang were packed with people rushing to stock up on essentials and finalise important matters at work before the conditional movement control order (MCO) takes effect today.

The royal town, located in the district labelled a red zone for Covid-19, was also congested with traffic.

She said many did not follow the standard operating procedure due to their hurry to get all that they would need for a few days or weeks.

“It was madness even at 6.30am when I went to the market. People brushed against each other, and some were even seen snatching things, ” said the housewife.

Chan, who is in her 60s, added that physical distancing was not practised as people were afraid that stalls and shops would run out of items to buy.

“Some also lined up outside shops that had yet to open for business in the morning, ” she said, adding that in the morning itself, goods at some stalls were sold out.

She added that some of the market traders were clueless about the impending conditional MCO and did not bring more stock to sell.

In hypermarkets and supermarkets in Klang, photos of empty shelves and people with trolleys filled with essentials like rice, were going viral and being shared in WhatsApp groups right after the announcement was made on Wednesday.

Just moments before the announcement was made, supermarkets were almost empty and shelves were fully stocked.

An hour later, items were flying off the shelves as people started to panic buy at most supermarkets and hypermarkets around town.

A sales promoter at one of the hypermarkets in Klang said she saw fewer people this week and last week as people were afraid to come out.

Bah kut teh seller Yap Eng Han said business at his Klang Utama shop was booming today, for the first time in months.

“Things were bad during the initial MCO and even when it was lifted, people were still hesitant to come out, so business was recovering slowly, but now we have to start all over again, ” he said.

The 34-year-old added that most customers who dined yesterday feared not being able to enjoy bah kut teh for a while, and decided to savour it before they were made to stay home.

“We have takeaway service, but honestly the taste will not be the same because here we use claypot and it’s constantly hot. When you pack it, the taste is compromised, ” he said.

Yap, who runs the family business of over 20 years, said the past weeks have been worrying because people have been spreading false news about Covid-19 cases.

“When more cases were reported in Klang, news circulated that someone tested positive at a food court near my shop.

“We immediately saw a huge drop in customers because people were afraid to come, ” he said, adding that even after the information was confirmed to be false, people were still afraid.

Apart from this, schools in Klang have also seen a drop in attendance as parents were afraid to send their children to school.

“Some students have stopped coming to school since Monday and some from last week. Most are secondary school students.

“When it was announced that SMK Pendamaran Jaya had a Covid-19 positive case things were still not too bad, it was only after the Jalan Meru cluster appeared that parents started panicking, ” said Daniel Ch’ng.

Ch’ng, who works as a school bus driver at the Port Klang area, said sometimes he drops off only a few students.

He used to send about 17 students to school in the morning but recently the number dropped to fewer than 10.

Mother-of-two Honey Ho said it was timely for the conditional MCO to be implemented to stop people from moving about freely.

However, she hoped the government would give a clearer directive and disclose to the public which areas in Klang would be under the conditional MCO.

“We need more transparency from the government and they are also often slow and impose things at the last minute, causing people to panic buy, which can worsen the situation, ” she said.

Meanwhile, car windscreen repair shop owner Andy Seah said he was waiting for the list of industries allowed to operate from the International Trade and Industry Ministry (MITI).

“If car workshops and repair shops are allowed, then I will apply for permission to work immediately, ” he said.

Meanwhile, Bandar Baru Klang assemblyman Datuk Teng Chang Khim said the Federal Government should have consulted with the Selangor government before making the announcement on Oct 7.

“We should have been consulted on which areas would be affected first before the announcement was made.

“Klang district has many different local jurisdictions and it covers quite a wide area which includes Shah Alam for example, ” he said.

Teng, who is also Selangor investment, industry and commerce, and small medium enterprises committee chairman, said the state government had swiftly called for a meeting to iron out the details shortly after the announcement.

“However, this was disrupted after the Prime Minister Tan Sri Muhyiddin Yassin called for the National Security Council (MKN) meeting to be done on the morning of Oct 8 so this disrupted the state’s plan to convene, ” he said.

Pandamaran assemblyman Tony Leong also called on MKN to not subject the whole of Klang district to the conditional MCO.

“I believe the order should only be implemented in areas with high Covid-19 cases similar to the one done at Jalan Othman Petaling Jaya previously.

“Residents were just banned from entering and exiting that area and not the whole of Petaling Jaya, ” he said. 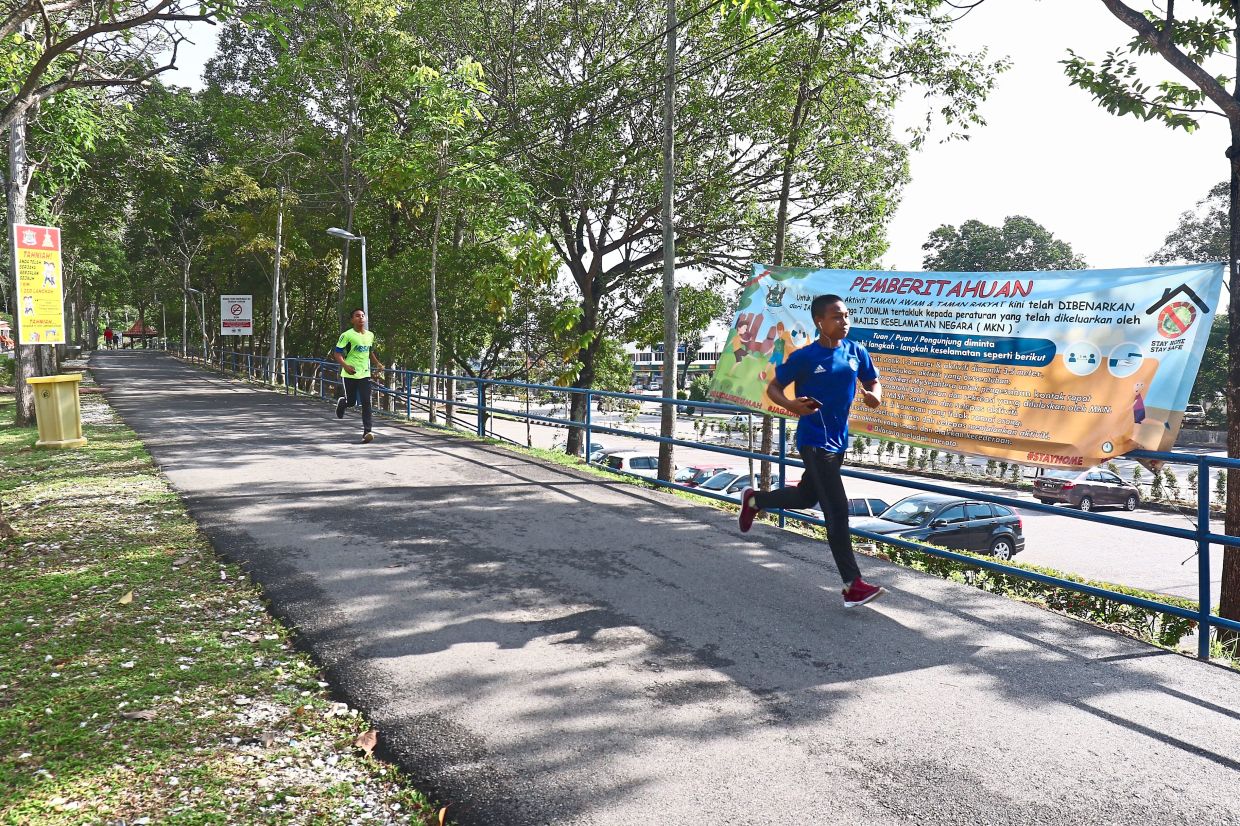 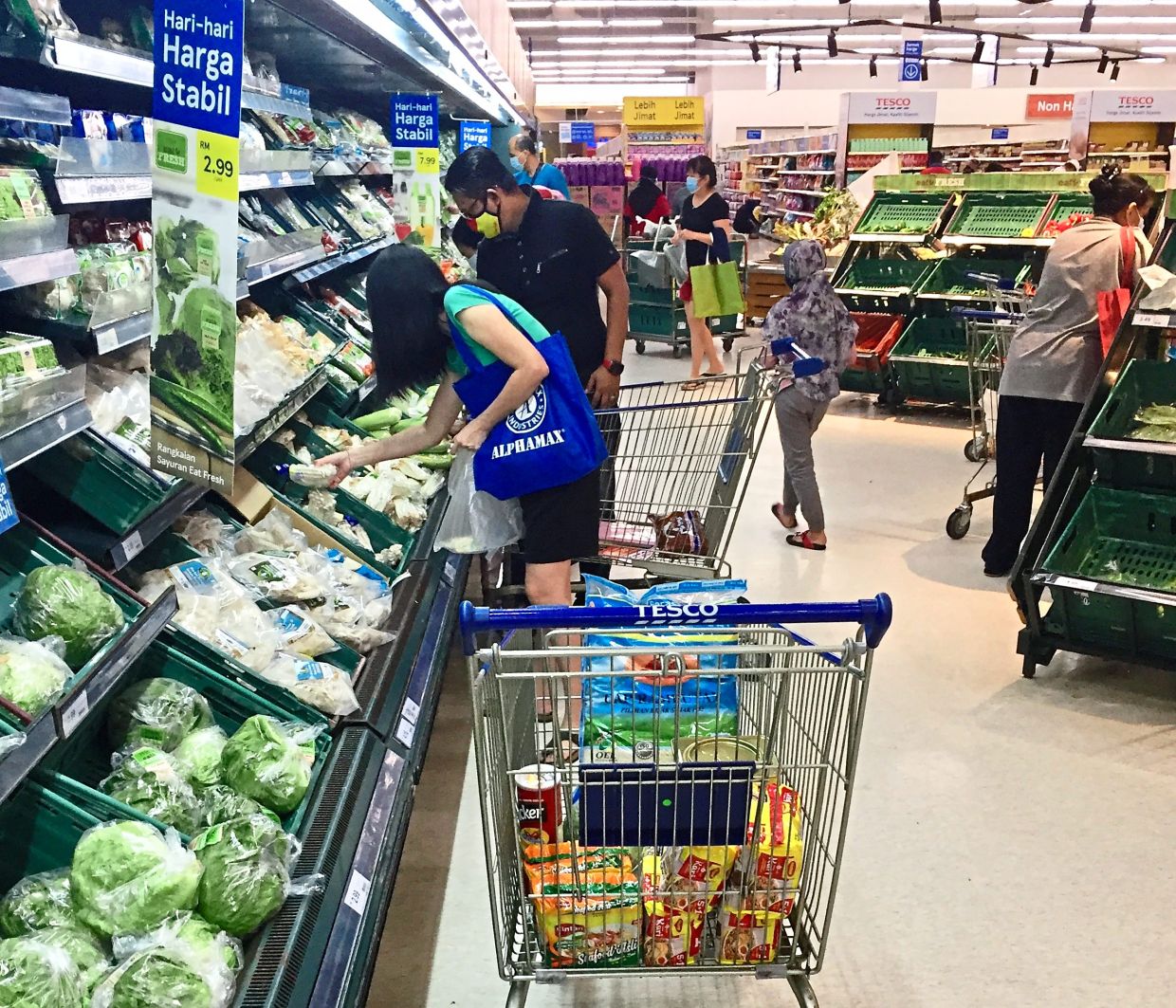 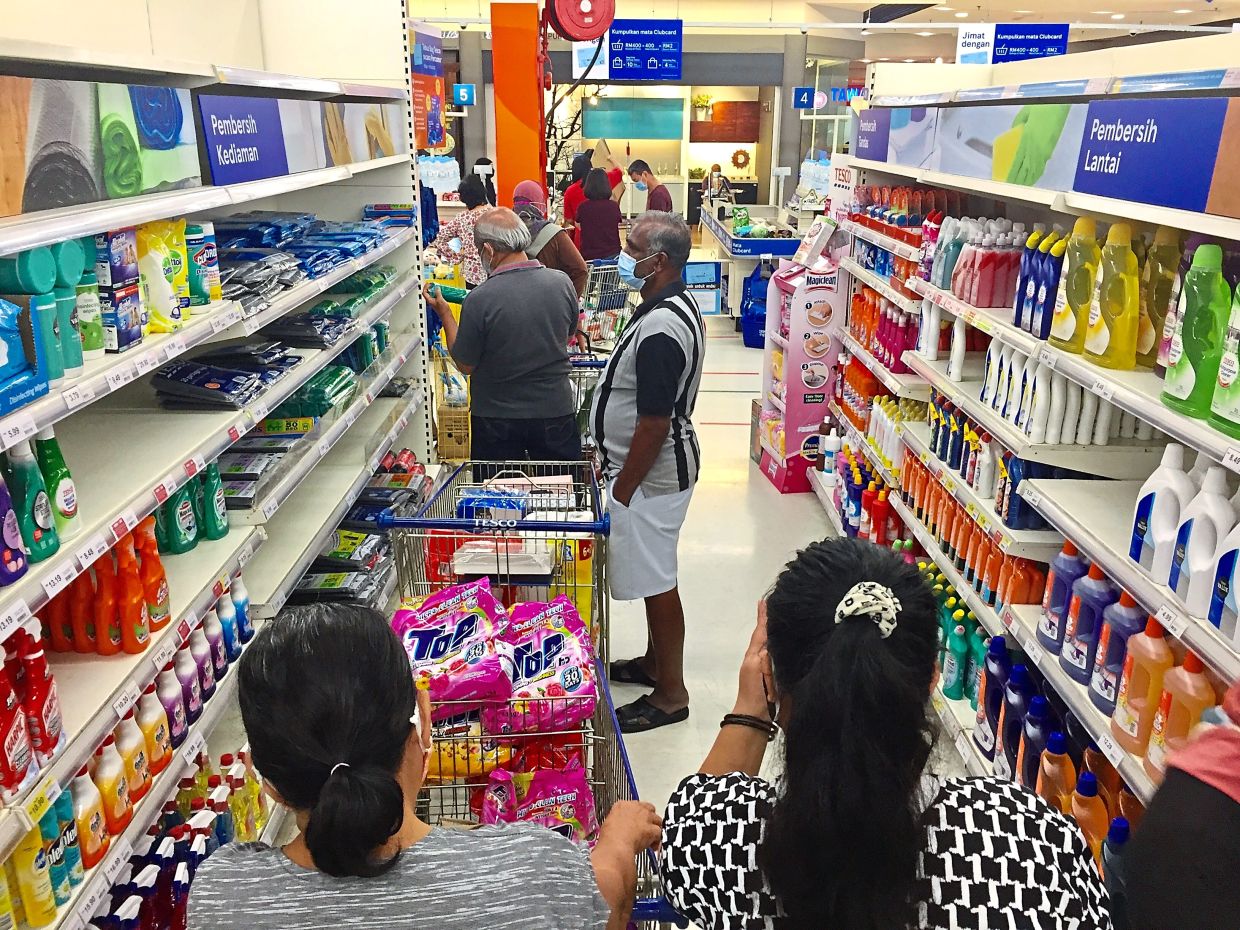 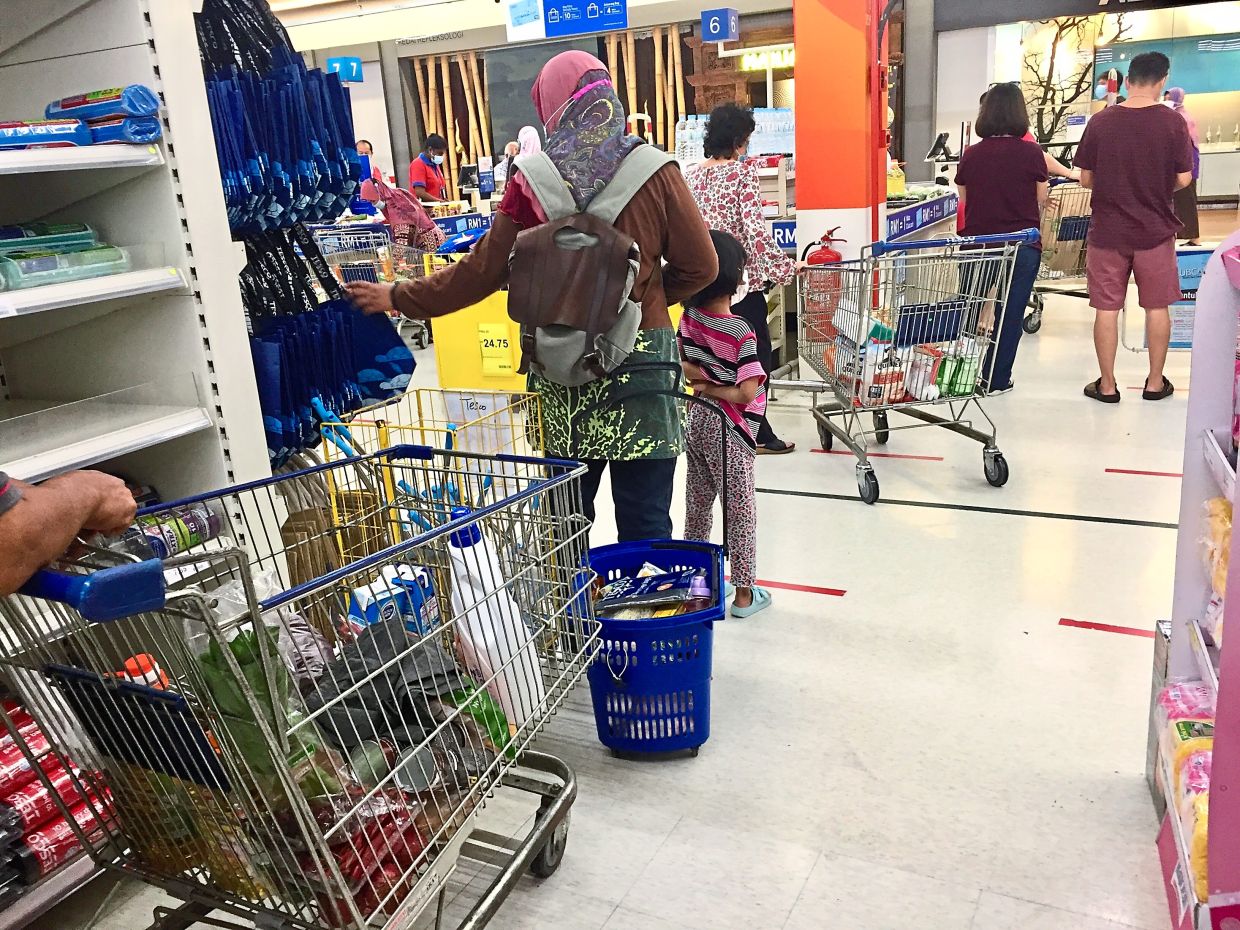 Only a handful of people were seen at the Taman Rakyat park. (Right) Many Klang residents made a beeline for supermarkets and hypermarkets.

Despite panic buying after the conditional MCO was announced, there were sufficient essentials at hypermarkets and supermarkets in Klang.

Traffic at a crawl at Klang town, one day before the conditional MCO.

Long lines at Tesco Extra Bukit Tinggi as people rushed to stock up on essentials.

Yap says customers rushed to eat his bah kut teh before the conditional MCO kicked in.

People lining up outside a shop in Little India Klang yesterday. — Bernama