Speaking at the official opening of the RM3mil Kapit town square, he said the state government had the budget to further develop the town for the people’s benefit.

The RM3.16bil in sales tax revenue from oil and gas companies had enabled Sarawak to be developed further, he added.

The first project for Kapit will be a new RM15mil market while the other one is a RM58mil landscape and heritage project near here.

“Roads to Nanga Mujung have been completed while Balleh, Belaga and Bintulu will also be connected,” he added.

Abang Johari was in Kapit as part of his motorcycle road expedition.

He made stops in Kanowit, Nanga Ngungun and Song during the 110km journey from Sibu Jaya.

Earlier, he attended a briefing on the proposed riverbank and slope protection works to existing Kapit Waterfront and proposed market and recreational centre. 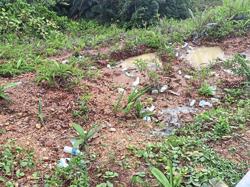