IPOH folk can now pay their assessment via the PBTPay website.

Ipoh mayor Datuk Rumaizi Baharin said the method, an initiative by Housing and Local Government Ministry, was adopted to give people more options to make payments.

He said it provided convenience as people could make payment from wherever they were and not have to travel to a physical counter.

“It is one of the initiatives to increase efficiency as Ipoh transforms into a smart city by 2030.

“It also lowers the risk of Covid-19 infections.

“Residents are told not to go out if it is not necessary and this method is timely to help them stay safe,” he said during the Ipoh City Council full board meeting.

“This is part of the new normal for us.

“It not only saves time and money but also keeps people safe.

“They can pay from the comfort of their home,” said Rumaizi.

The mayor said that those with arrears would be notified via short message service (SMS).

“With all these measures in place, there is no reason to overlook paying their assessment.

“People can also pay their compounds via this website.”

He said the city council planned to adopt a paperless concept by sending out digital assessment notices in the future.

“City folk are encouraged to update their email address and cellphone number so that they can get information from the city council quickly and easily,” he reiterated.

On another matter, Rumaizi said work to instal 50,000 LED streetlights in the city was expected to be completed by the end of the year.

He said the work that began at the end of 2018 was being carried out by Tenaga Nasional Bhd. 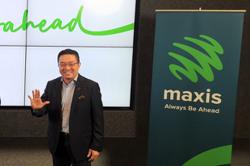 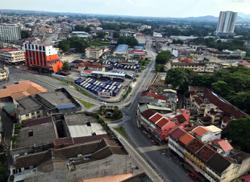