THE Penang government hopes to have 100 community farming projects by 2025 to ensure food security.

“It could see a boost in household income and economic growth.

“It focuses on three aspects, namely family, going green and heading towards a smart state.

“This would lead us to going organic,” he said at the launching of the community farming project dubbed ‘Kebun Kitar’ at the grounds of Penang Digital Library phase one in Jalan Masjid Negeri.

It is fully funded by Think City, a social purpose organisation based in Malaysia with the mission of making cities more people-

friendly, resilient and liveable, and supported by Universiti Pendidikan Sultan Idris (UPSI) which provided its expertise.

aquaculture, which is rearing fish and other aquatic animals, and hydroponics which is growing plants without soil).

Chow said 60% of the yield would be distributed to those in the B40 group through Mutiara Food Bank, as well as others in need who are staying nearby.

He said the remaining 40% would be sold to cover the project’s operation costs. “What is special about this project is that it ensures food security in the state.

“Organic compost is used for the plants from an economical food waste composter.

“The yield is without any chemicals,” he said.

On the yield, Chow said a full harvest after two to three months could feed around 400 people.

“A harvest can give a small family a weeklong supply.

“If the yield is harvested once a week or every few weeks, it can cater to fewer people but there will be more frequent harvests,” he said.Think City managing director Hamdan Abdul Majeed said the urban farm would serve as an active site for capacity building and research, and act as a demonstrative showcase of closed-loop urban farming with digital processes from production to harvest and distribution.

“It cost us RM50,000, including creating the system and prototype.

“If replicated in mass production, it would cost us half the amount.

“This is a pilot project and a lot of research was conducted to get it right.

“Urban farming is crucial for the future as the benefits to society are uncountable.

“We live in uncertain times and have witnessed the effects of disruption, most acutely with the Covid-19 pandemic.

“We may encounter challenges such as interruptions to supply chains, loss of employment and movement restrictions.

Hamdan hoped the farm would enable capacity building that gives rise to more agrotech-preneurs and encourage young people to delve into the industry.

“It is also an opportunity for existing farmers to grow their businesses and break out of the B40 community,” he said. 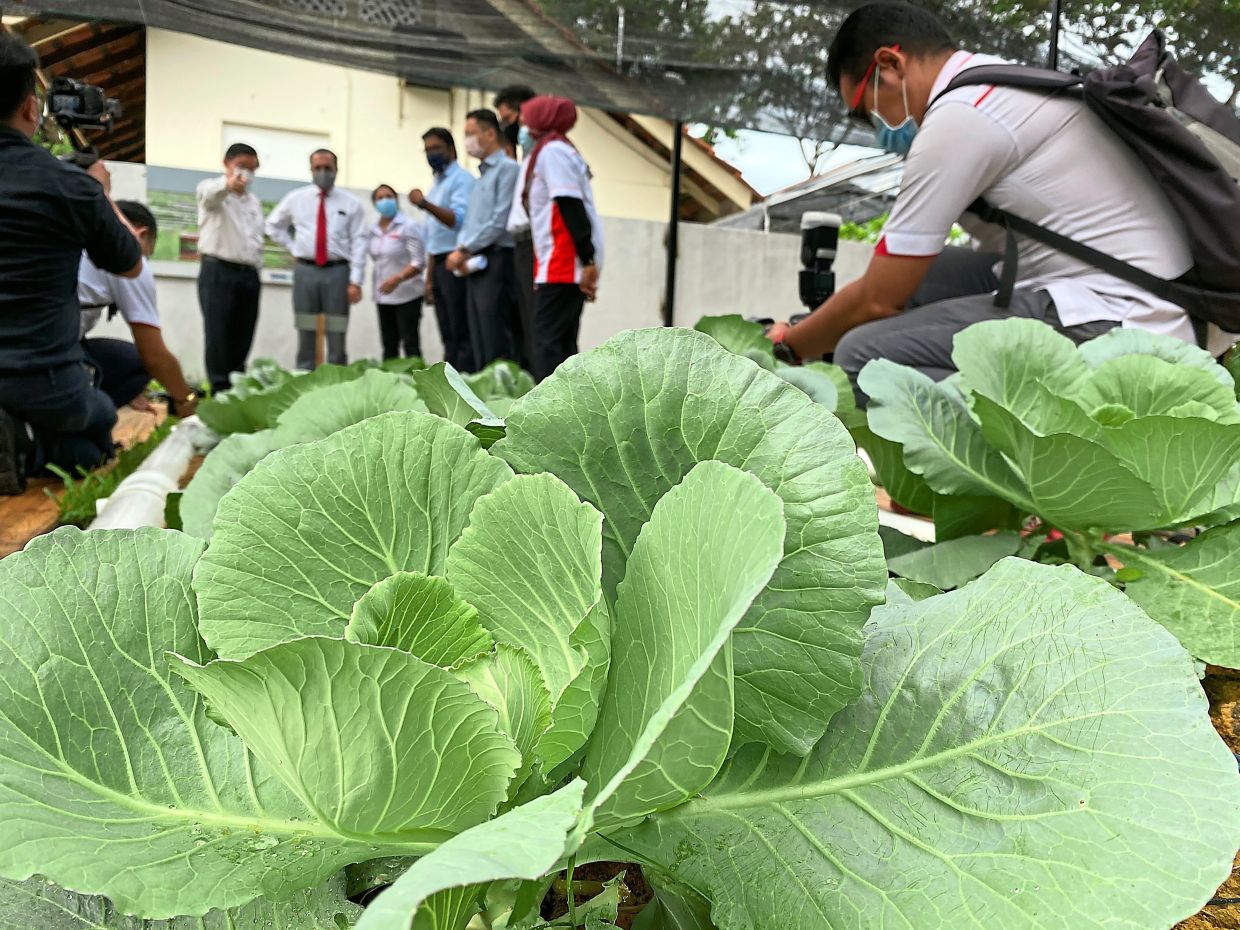 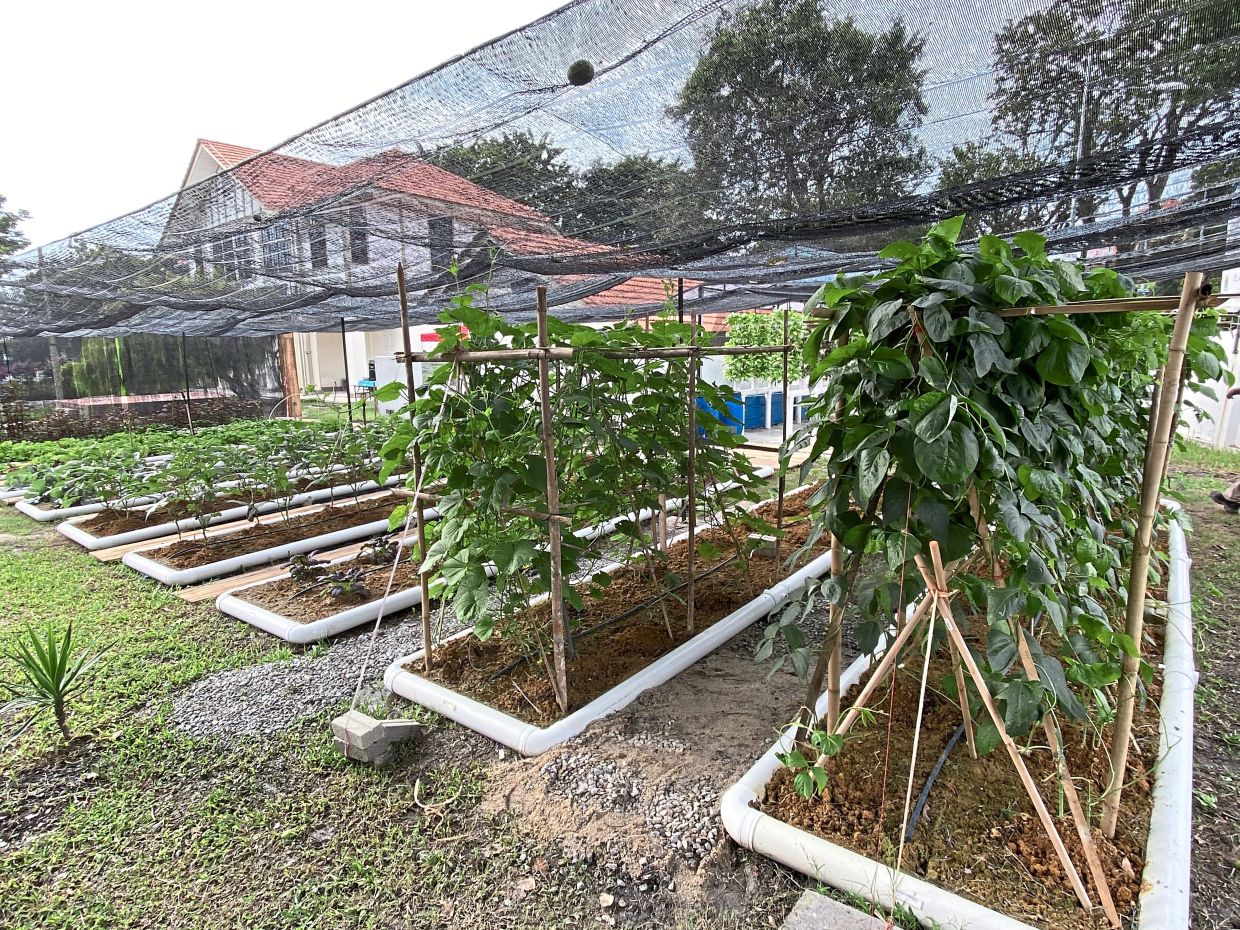 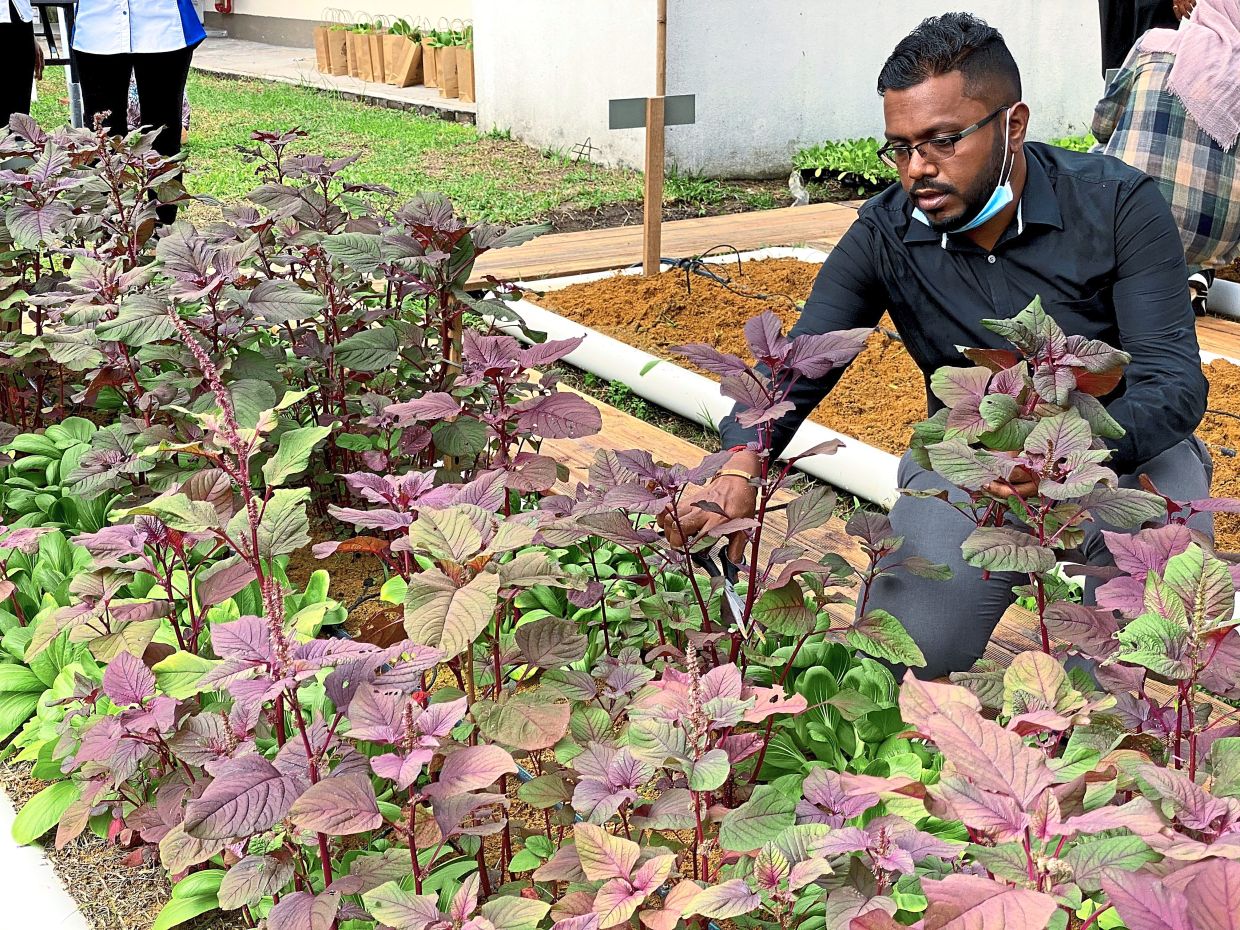 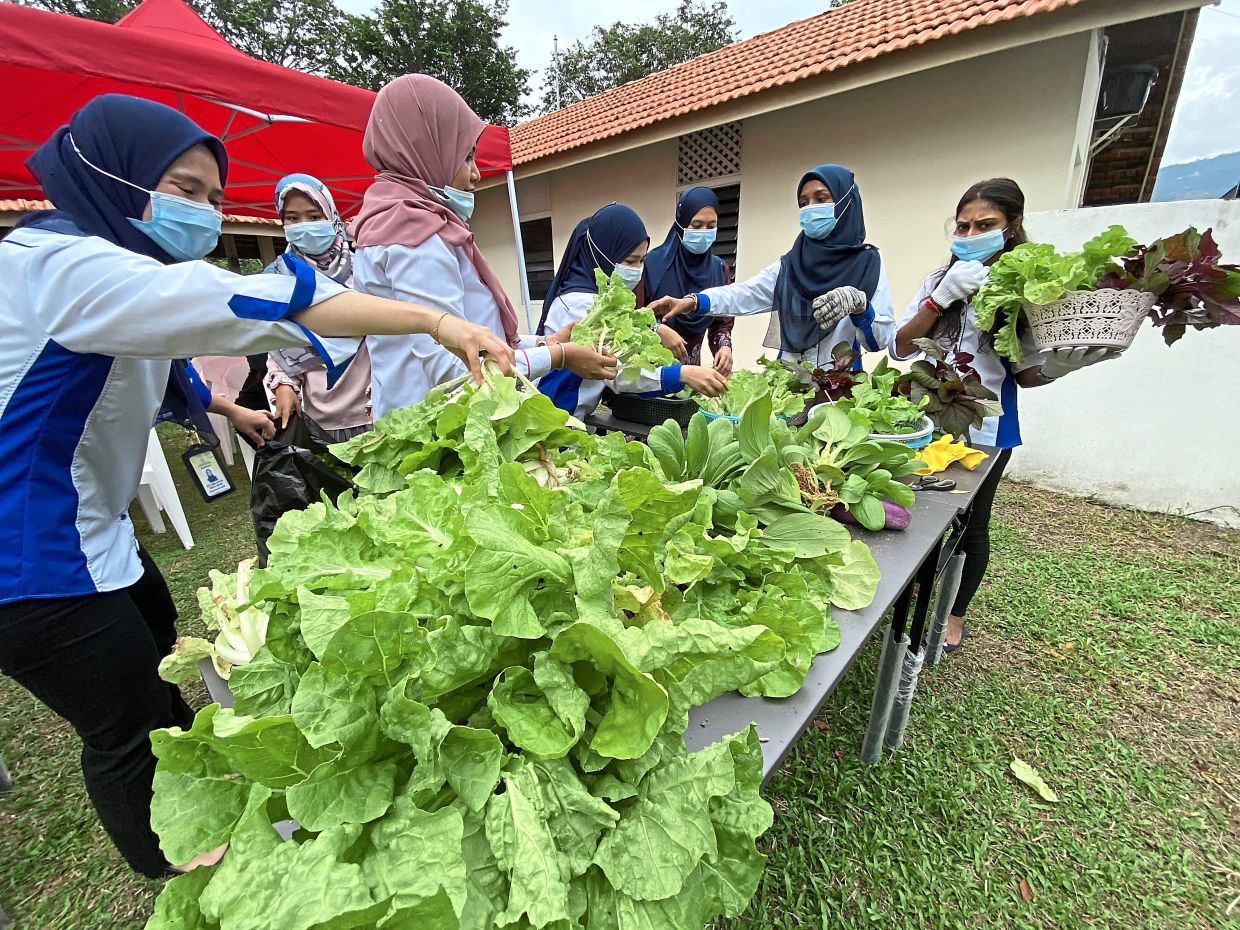 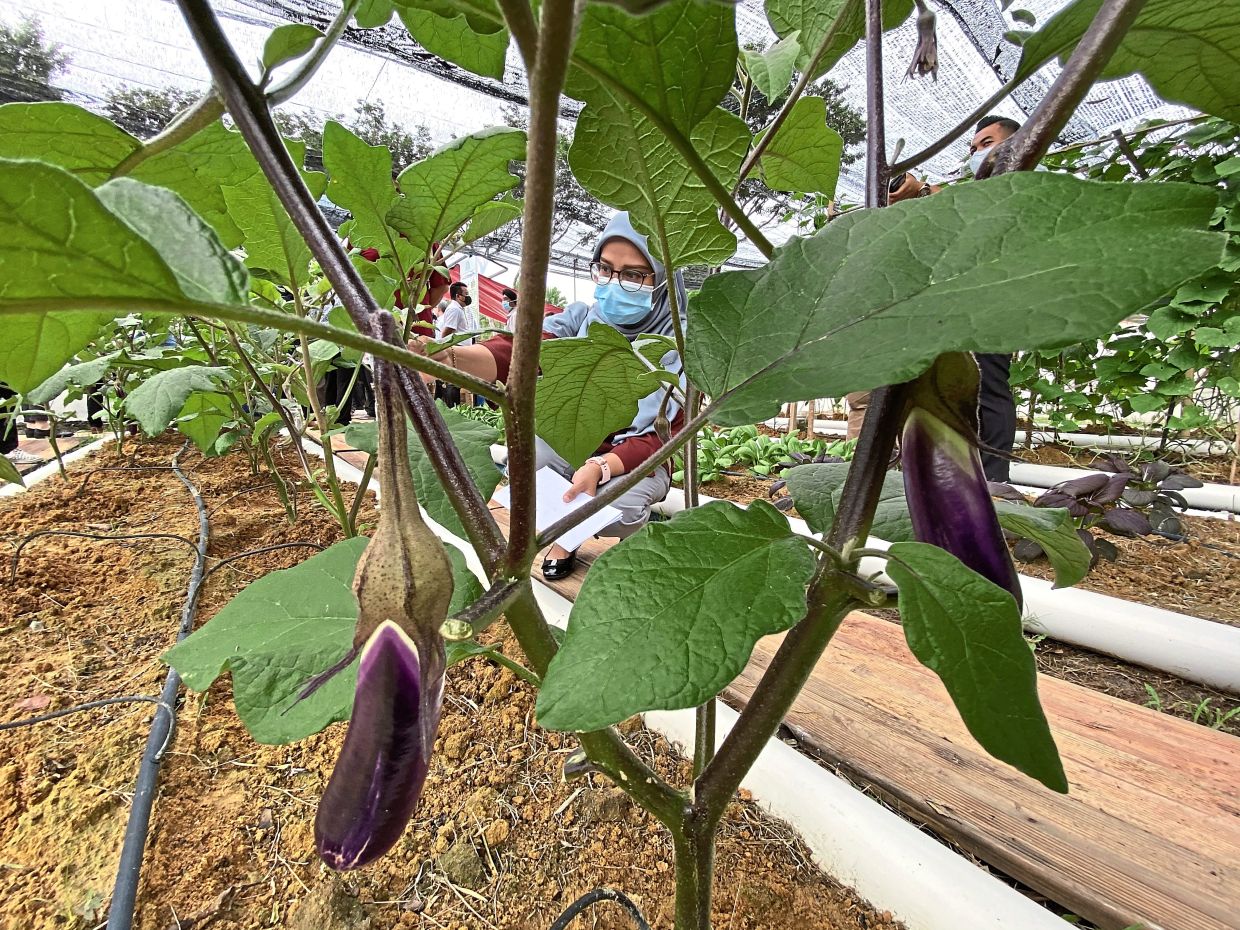 A volunteer harvesting vegetables at the urban farm.

A closeup of brinjal plants being grown at the premises. 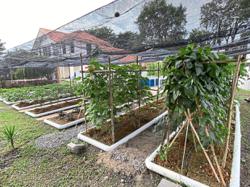 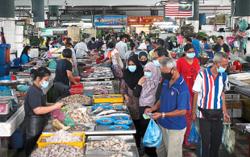 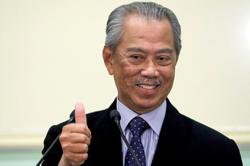