In view of the Covid-19 pandemic, many organisers have cancelled their annual celebration of Duan Wu Jie this year.

Duan Wu Jie, also known as the Dumpling or Dragon Boat Festival, is observed on the fifth day of the fifth lunar month.

Some associations chose to celebrate the festival, which fell on June 25 this year, via online platforms with live videos demonstrating how to make the traditional bak chang (glutinous rice dumplings) to mark the celebration.

In previous years, Kampung Baru Balakong villagers in Seri Kembangan, Selangor celebrated Duan Wu Jie the weekend after the festival by gathering for a bak chang feast.However, the event was not organised this year because of the Covid-19 outbreak and recovery movement control order (MCO).Village head Aw Fui Koon said past annual celebrations were sponsored by the constituency’s MP and assemblyman.

“Volunteers would make bak chang before the event.

“On the day of the event, villagers would queue up for free dumplings and get a coupon for a cup of coffee at the nearby kopitiam. This time around, we could not have the event as it would attract crowds, ” she said. People would start queuing up as early as 6am to get the festive goodies then.

“We would give out 1,200 pieces of rice dumplings (two per person) as well as Fung Wong biscuits, water and ang pow.

“We distribute festive food to share the festive spirit with everyone, regardless of whether they are rich or poor.

“However, we decided not to hold the event this year because of the Covid-19 pandemic and recovery MCO.

“We do not want to risk everyone getting a RM1,000 fine for violating social distancing guidelines, ” he said.Chan added that at Petaling Street, the atmosphere remained quiet as Kuala Lumpur City Hall had yet to give the green light for vendors to resume operations there.

Likewise, Kuala Lumpur’s Thean Hou Temple, which has observed Duan Wu Jie for the past 20 years, had also cancelled its events.

Selangor and Federal Territory Hainan Association president Dr CY Tang said, “Every year, we would co-organise the event with a Chinese newspaper.

“We sold tables to the public. There would be about 900 to 1,000 people in our hall and families would celebrate the festival together and enjoy the different types of glutinous rice dumplings such as Hainan, Hokkien, Hakka, Teochew and Cantonese dumplings.

“This year, we moved the celebration to an online platform. Last week, we had a video showing viewers how to make Hainanese dumplings, ” he said.

“We would have an event for parents and children to try their hand at making bak chang together. There would also be a colouring competition for children. The event would attract 500 to 600 people.

“However, with the ongoing pandemic, we decided not to have the event this year as we did not want to expose people to the risk of infection, ” he said.

Instead, the association held an event online the weekend before the festival with a live show demonstrating how to make rice dumplings.

“It was our first time having it online. There were about 100 to 200 viewers watching the programme live.

“During the MCO, many tried their hand at cooking and this was also a chance for them to make their own dumplings, ” said Goh, adding that the association would be having events via an online platform until the end of the year. 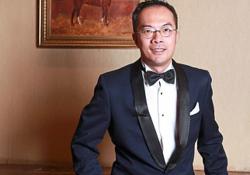