Rubbish scattered on top of ledges and awnings at the Teluk Indah flats in Prai, Penang.

COLOURFUL bags of rubbish blanket the floors between two blocks of low-medium cost flats in Teluk Indah, Prai, as it continues to live up to its ‘dirtiest flats in Penang’ image given several years ago.

The bags of rubbish, which burst upon hitting the ground between blocks E1 and E2, can be found strewn all over the place while drains around the blocks are clogged.

Foul stench fills the air as the wastes start to rot on the wet ground.

Resident Serina Azizan, 55, who has lived at the flats for about 10 years, said it did not matter if cleaners clean up the garbage daily because they would pile up again the next morning.

“It’s the attitude problem of some residents here who are used to ‘conveniently’ throw garbage out of their windows but not into the provided garbage bin.

“At night, we can hear the bags of garbage crashing on the floor but never found out who dumped them.

“In the mornings, the floor around and between the blocks will be covered in rice, curries, vegetables and even used diapers.

“I hope the authorities can step in and install CCTVs to nab the culprits,” she said. 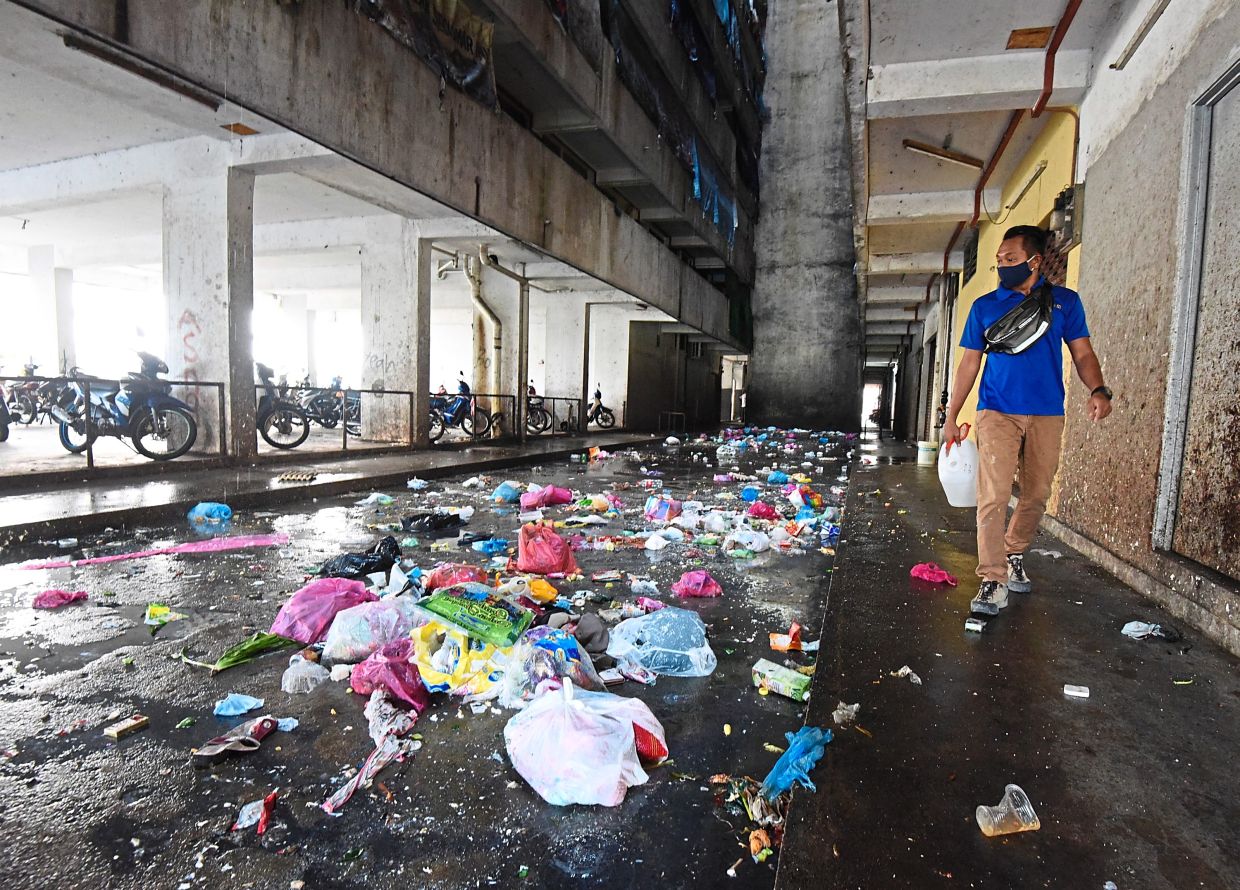 Another resident who declined to be named said the slab of concrete between the blocks was supposed to be a common area for people to gather, but that’s not the case there.

“Residents here would warn you not to walk into that square as garbage may land on your head at anytime.

“Visitors think that square is a big garbage pit and we are ashamed of it.

Seberang Prai City Council (MBSP) councillor P. David Marshel, who launched several campaigns to educate the residents, said he was disappointed that not much had changed despite the efforts.

“We organised several gotong- royong events, but till today, all those efforts to change their mentality have been futile.

“Workers from the council move in once a month to clean up the surroundings but this doesn’t solve the issue,” he said.

It was reported that in July 2016, David, who was fed up with the filth, put up a banner which read ‘Tahniah Teluk Indah Blok E Flats Terkotor Di Pulau Pinang. Adakah Anda Bangga? (Congratulations Teluk Indah Block E Flats, dirtiest in Penang. Are you proud?).

A month later, a major cleanup was held with the participation of residents, council staff and contract workers hired by the flats’ Joint Management Body (JMB).

They wore T-shirts bearing the words ‘Saya Bukan Pengotor’ (I Am Not A Dirty Person).

But the filth returned after that.

Prai assemblyman Dr P. Ramasamy said he will be helping the flats’ JMB fix the broken lifts but worry that they won’t last.

“We’ve spent a lot of money providing facilities and helping out the management but new things installed are always vandalised.

“Under the state’s 80:20 policy, I’ll be forking out money to support the 20% cost of new lifts if the management is willing to spend the remaining 80%,” he said.

Both the 21-storey blocks were completed 15 years ago with a total of 1,008 units in both blocks.

It was also recently reported that deplorable conditions at a block of flats in Butterworth, which became worse during the movement control order (MCO), had forced the MBSP to intervene.

Conditions at Block C of the Taman Perai Indah flat had been described as disgusting and inhumane with foul odour lingering in the air.

An inspection of the flat, which has 180 units, by the MBSP health department found holes under the broken elevator’s shaft filled with garbage.

There were also empty liquor bottles scattered along the hallways and stairways.

On May 28, the department’s enforcement team carried out random checks on the units while MBSP workers were deployed to help with the clean-up. 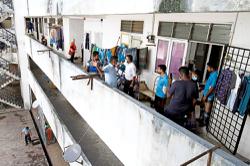 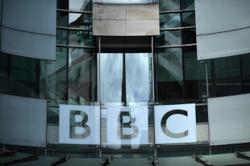 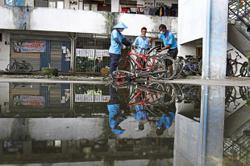