Some cheer for Muslim families

THE Muslim community in the Pengkalan Kota constituency in Penang is not forgotten as Penangites adhere to the conditional movement control order (MCO).

“I was happy and not expecting to receive the rice and dates at all. I was preparing dinner when they came.

“This good deed brightens up my Ramadan as I have not done any shopping for Hari Raya this year due to the Covid-19 pandemic. 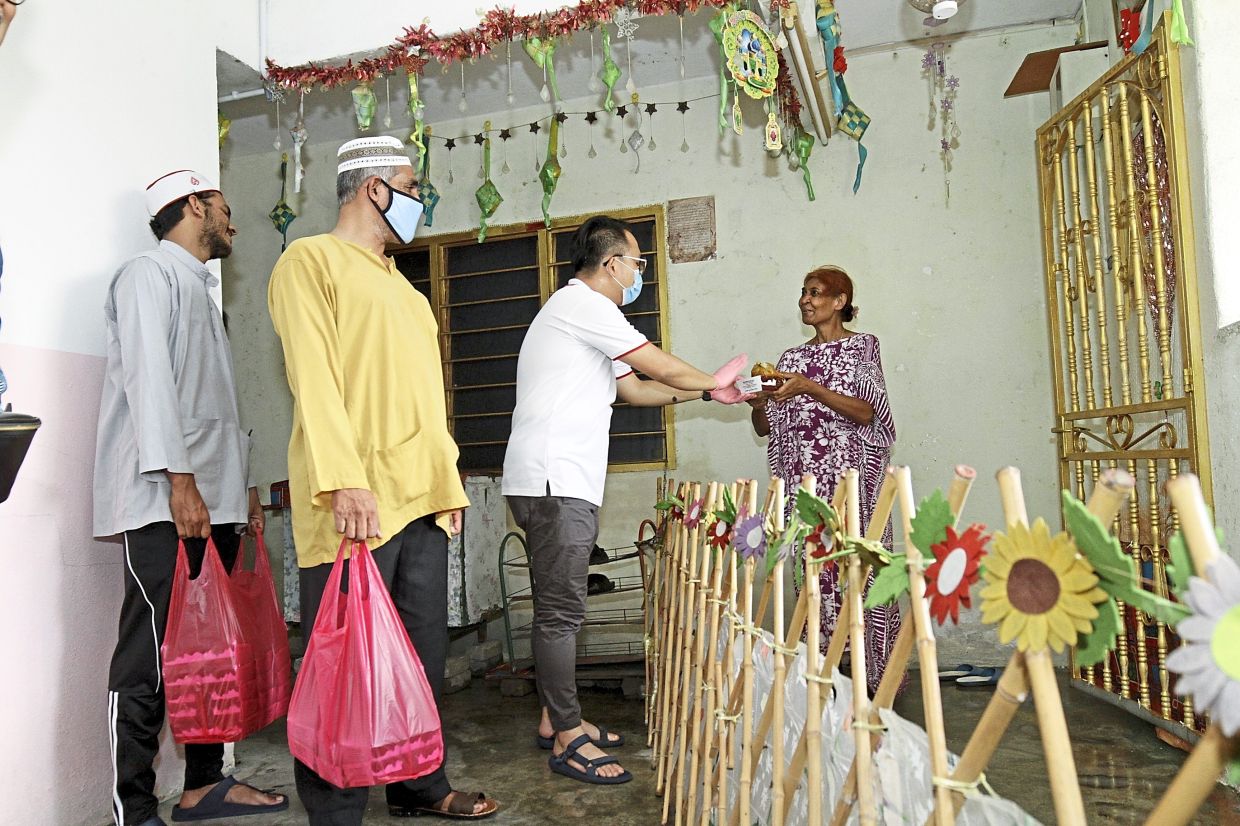 “We were also given rations a few weeks ago,” she said when met at Pelangi Apartments in Lintang Macallum, George Town on Sunday.

Student Mohd Azmaansha Nasir Ahmad, 15, said he was surprised and happy to receive the food items.

“My mother is cooking now and this will be an extra dish for us to break fast later.

“Thank you for making this Ramadan a memorable one despite the pandemic that is worrying,” he said.

Meanwhile, Gooi said that in previous years, the Muslim community in the area would gather at a surau to pray before breaking fast together.

“Due to the MCO, they are unable to do so this year. All activities at the surau have been cancelled. 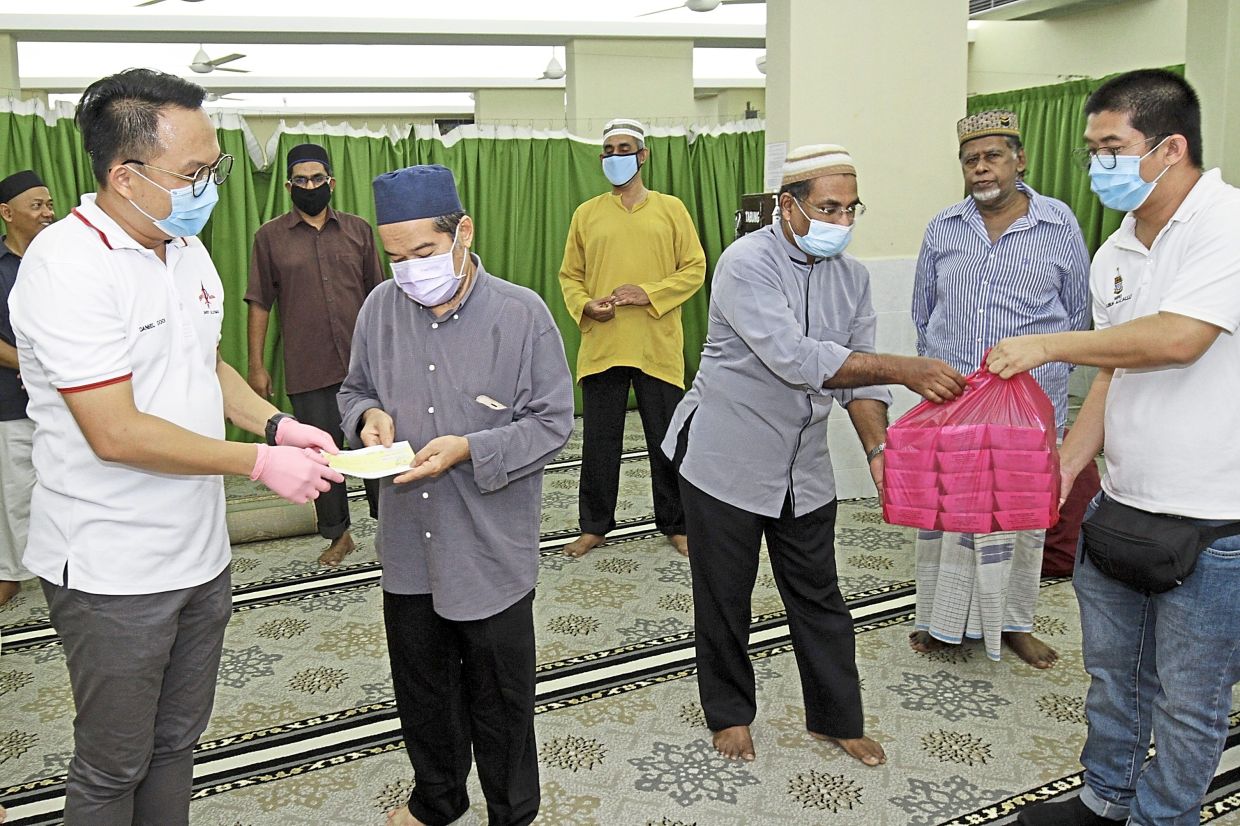 Gooi (left) passing a cheque to Nazaruddin for minor renovation work at the surau.

“Since the surau is closed, we decided to distribute buka puasa meals to the families.

“So far, we have visited five blocks at Pelangi Apartments.

Surau Al-Iman deputy chairman Nazaruddin Nurdin said he was thankful that the meals were distributed to the nearby Muslim community.

“We decided to give out rice packets and dates to those who are fasting in conjunction with the Nuzul Al-Quran celebration,” he added.

Delivering festive cheer
Invoking spirits of the sea
‘Basement carparks can be used to store rainwater’
Tourist arrivals expected to rise during long school holidays
New access road a boon
Bringing the community together
A powerful presence
JB council to recover RM268mil in unpaid taxes from ratepayers
Jalan Ampang link bridge and escalator reopened
Experts: Floodwater facility may not be ideal for KL