Bountiful RM30,000 worth of animal feed for Zoo Negara

THE Malaysian Quarantine and Inspection Services (Maqis) is playing its role in ensuring animals at Zoo Negara have enough food during the movement control order (MCO).

Maqis stepped in to lend a hand following several news reports on the national zoo’s shortage of funds to buy food for its animals due to the Covid-19 pandemic.

In helping the zoo with its predicament, Maqis donated about RM30,000 worth of animal feed.

The fresh produce from Maqis was the result of seizure of import or export of agricultural produce and those forfeited due to non-compliance with Sections 11,13,14 and 15 of the Quarantine and Inspection Services Act 2011.

Usually, imported meat without halal certification of the Malaysian Islamic Development Department (Jakim) or that which is unauthorised by the Department of Veterinary Services are seized and forfeited for non-compliance of local laws and procedures.

Once tested and confirmed that the meat is contamination or disease free, it can be fed to animals especially carnivores at any animal parks.

“As per our observation, the animals in Zoo Negara are in need of extra care during the outbreak as it is facing a shortage of staff and supply of animal feed, ” Dr Azhari said.

“Maqis strongly encourages all parties especially non-governmental organisations to cooperate in ensuring the welfare of animals are taken care of.

“My hope is that animals at Zoo Negara will be ensured of their survival for the benefit of our future generations.

“Zoo Negara is considered a national treasure that should be preserved by all Malaysians.”

Maqis also urged all importers, exporters and agents to continue importing and exporting activities in compliance with the rules and procedures laid out during the MCO.

This is to ensure the bio-security, food safety and food security aspects of the country’s food supply is guaranteed for everyone during these trying times. 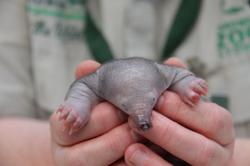 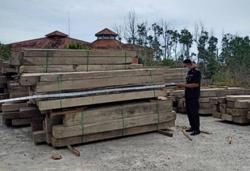