MARKET complexes under the jurisdiction of Penang Island City Council (MBPP) will have to work out a rotation schedule for stalls to open until the movement control order (MCO) is over.

MBPP mayor Datuk Yew Tung Seang said the move came into effect yesterday and if market traders do not open by rotation, the council will close their market.

He said this was to reduce the number of visitors to markets each day.

“The stalls will take turns to open on alternate days.

“Each stall should ideally handle only two customers at any one time,” he said during a press conference held by state local government, housing, town and country planning committee chairman Jagdeep Singh Deo at Komtar on Monday.

Yew also said the markets would only have one entrance and one exit point each for the public.

“All stalls must also have hand sanitisers and no ducks and chickens will be allowed to be slaughtered at the market premises.

“Only plucked and cleaned ducks and chickens are allowed to be sold at the markets.

“Supermarkets have also been asked to increase their stock of chickens and ducks to meet the demands,” he said.

“The roadside stalls along Pulau Tikus market will also be closed from now until the MCO is over,” he said.

Yew said the council came out with the idea for the rotation schedule to ensure that people complied with the social distancing instructions.

The rotation will also include the pig slaughterhouse, which is to operate on alternate days.

“We identified four hotspots on the island - Ayer Itam, Jalan Perak, Jelutong and Bayan Baru - and we will enforce strict social distancing measure now,” he added.

Seberang Prai City Council (MBSP) has announced that it would take harsh measures against those who fail to comply with the MCO.

Its mayor Datuk Rozali Mohamud said stalls operating outside market or food complexes would have their equipment confiscated and business licenses revoked for not complying with the MCO.

“We will be controlling the number of visitors to between 50 and 150 each time to a market.

“There will only be one entrance and one exit at every market.

“If the stalls do not cooperate, the market will be closed.

“Each market will be disinfected every two days while the stalls will be cleaned every day by its operators,” he said.

Meanwhile, checks on Pulau Tikus market and several supermarkets in George Town found that most shoppers and traders are complying with restrictions set by the local authorities during the MCO.

Tan Kim Eng, 60, who lives close to Pulau Tikus market, said although some of the restrictions were a hassle, something had to be done to curb the spread of the virus.

“It will be difficult for a while, but for the sake of my health and to be safe, I am willing to comply,” she said.

Another shopper who wanted to be known as Janet, said during the MCO, she would go alone to the market unlike previous times when her daughter would accompany her.

“It is a bit difficult for me as I have to carry many things. Usually, my daughter would follow me but since the MCO was enforced, I must come alone.

“Hopefully, the MCO will not be extended,” said the 54-year-old single mother.

Meat seller Mohd Ibrahim Othuman, 70, said the restrictions imposed by MBPP should be followed by all in an effort to contain the spread of the virus.

He said he did not mind there being fewer customers as he understood people were afraid to go out due to Covid-19.

“Business has dropped but hopefully all these will be over and we can continue with our lives as usual,” he added.

Meanwhile, city councillor Connie Tan Hooi Peng said the situation at Pulau Tikus market was manageable and the crowd had thinned out substantially.

“Many more people have begun complying with the restrictions. We hope this will continue until the end of the MCO period,” she said. 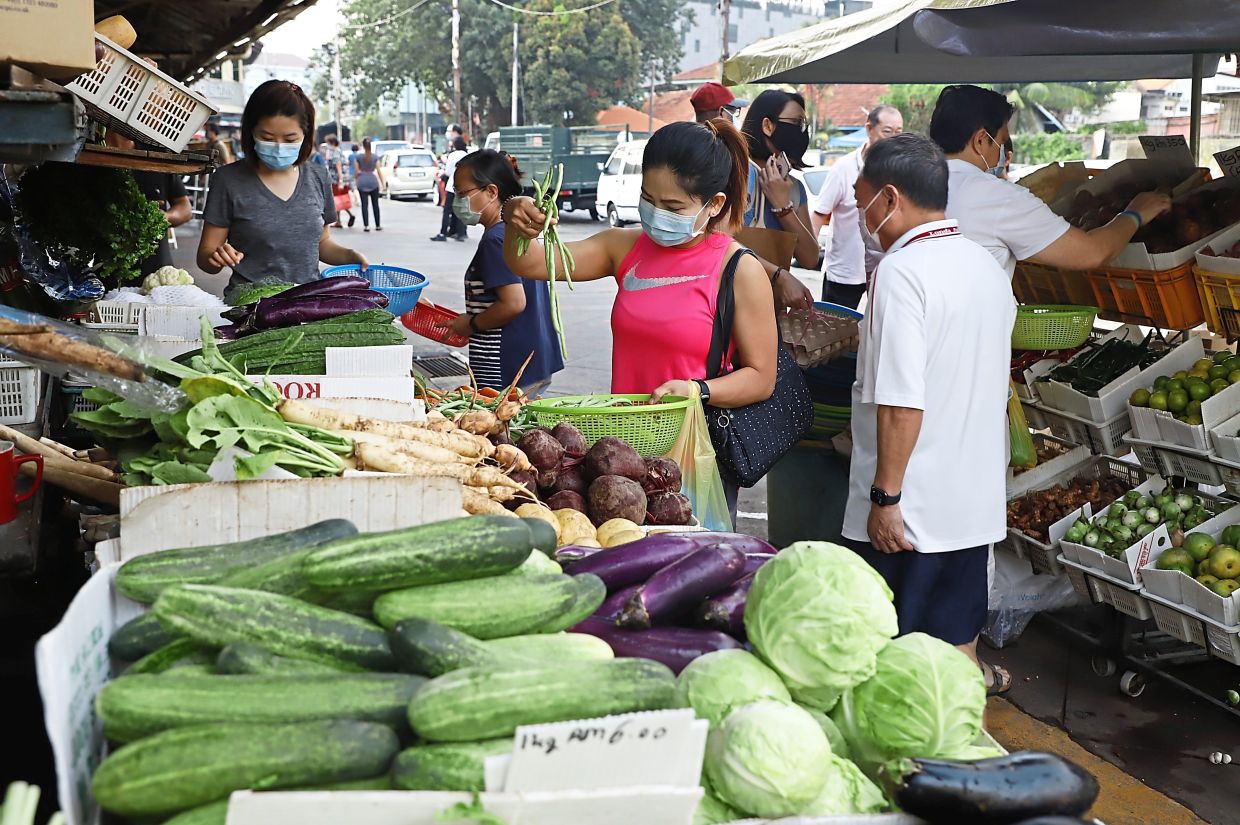 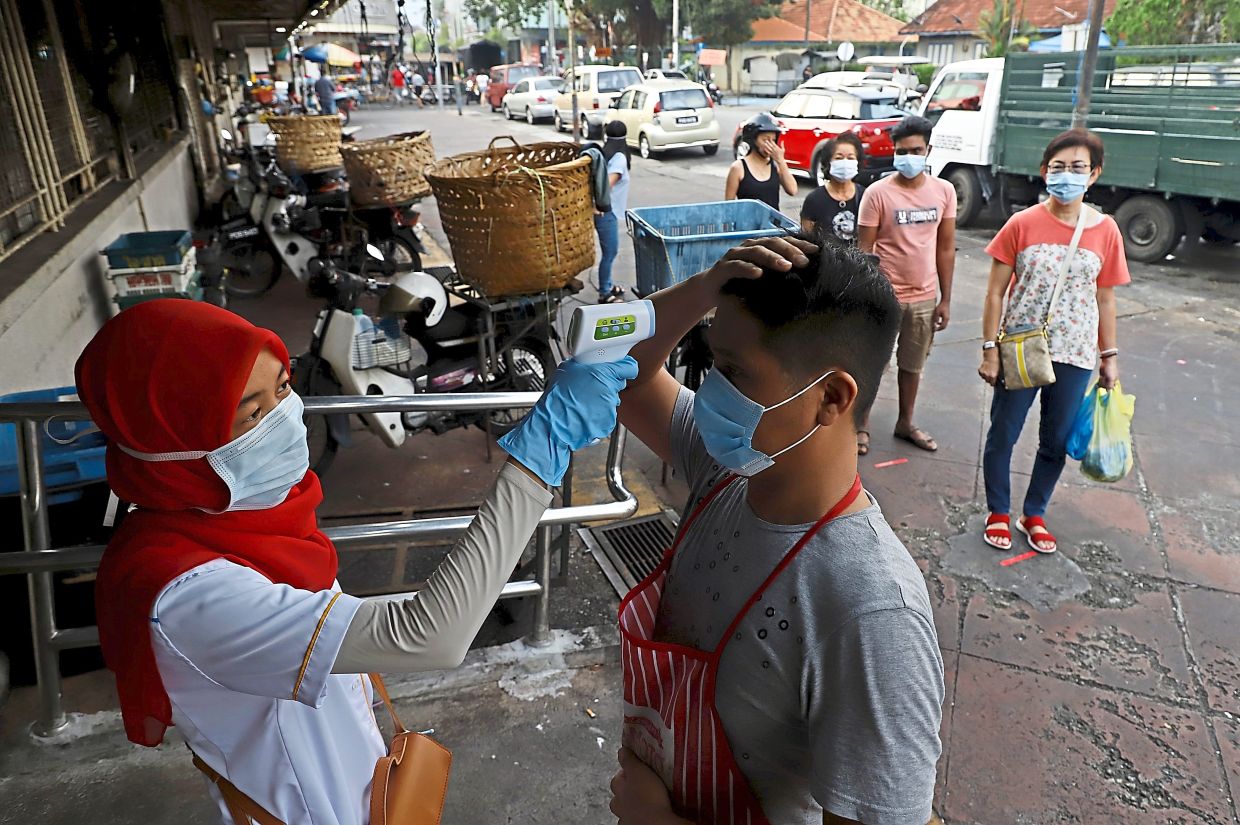 A check at Mydin Mall in Penang Road showing shoppers adhering to the social distancing rule while queuing at the payment counter.

Shoppers standing behind yellow markers on the floor while waiting for their temperature checks before entering the supermarket.