Thousands of lighted floats released off beach at festival 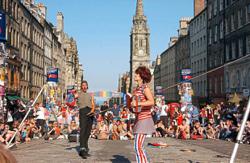 Devotees getting the mini floats ready before setting them adrift off the beach in Teluk Bahang, Penang.

THE coastline at the Teluk Bahang beach in Penang, was akin to a fairyland with thousands of flickering lights.

Brightly lit floats of various shapes and sizes were released into the sea by devotees attending the Masi Magam Theppa Thirunal (Floating Chariot Festival) at the Sri Singamuga Kaliamman Temple there.

More than 30,000 people thronged to the temple since early Sunday morning (March 8) with devotees taking part in several poojas (prayer sessions), carrying of the paal kudam (milkpots) and other religious ceremonies at the 123-year-old temple.

The highlight of the festival was when a brightly-lit floating chariot bearing the deity of Sri Singamuga Kaliamman was taken to the sea on board a raft pulled by a trawler at 9pm.

The devotees were held in awe as the raft itself was gaily decorated with lights and glittering paraphernalia, coupled with the other brightly-lit mini floats, made of paper and polystyrene, which were released into the sea.

Devotees also later lined the beach to welcome the return of the chariot at about 10pm.

Temple committee chairman A. Kanapathy said the festival attracted devotees and visitors from all over the country including neighbouring countries.

“Although fewer people are travelling because of Covid-19, but we are happy with the turnout and the festival was carried out smoothly, ” he said.

He added that more than 100 stalls selling food, drinks and ornaments were set up at the venue in conjunction with the festival.

Singaporean tourist Kirthana Vasudevan, 27, said the view of the mini floats at sea was simply breathtaking.

“This is my first time to the festival and I have never seen so many lights adorning a floating chariot, ” she said, adding that she was visiting her sister in Tanjung Bungah, who had brought her to the festival.

“The festival is one of its kind where the chariot goes out to the sea in such splendour, ” she said.

Consumers Association of Penang education officer N.V. Subbarow said it was heartening to note that more devotees used paper floats instead of polystyrene ones this year.

“We have encouraged the temple to use volunteers to pick all the leftover rubbish after the festival as part of the cleaning-up process to keep the temple surroundings free of litter, ” he said. 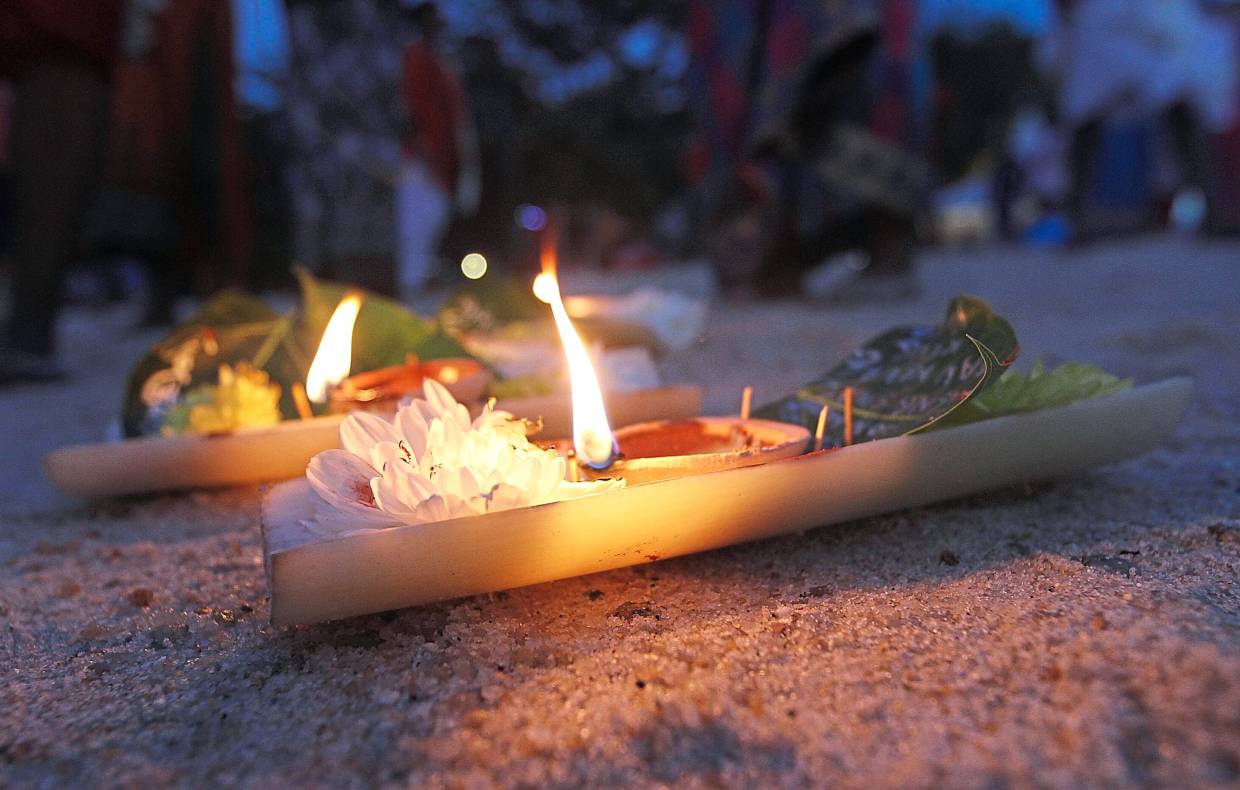 Some of the eco-friendly floats with banana stems for their base. — Photos: ZHAFARAN NASIB/The Star

(From left) B. Maliga, 57, K. Deeba, 37, B. Malathi, 46, and B. Shanti, 48, from Banting, Selangor, with their mini floats at the Floating Chariot Festival at Sri Singamuga Kaliamman Temple in Teluk Bahang.

Tourist Felice Burmingham, 39, from the US, showing the eco-friendly lamp that she used at the festival.

P. Yaswiniy, 21, (right) P. Lakshita, eight, and P. Mala, 54, showing the fancy lamp floats that they bought from a stall outside the temple. (Right pic) Devotees releasing the lighted mini floats into the sea.

The floating chariot at the Sri Singamuga Kaliamman Temple in Teluk Bahang.