Local artists shine light on the plight of endangered wildlife

Yeoh (in blue blazer) briefing journalists about the exhibition. With him (from right) are Gabriel, Haryany and Saat. — Photos: ZHAFARAN NASIB and JEREMY TAN/The Star

LOCAL artists have come together to highlight the plight of the critically endangered Malayan Tiger in an exhibition titled ‘Belang’ at the Penang State Art Gallery (PSAG).

Putting up works done with diverse mediums and styles, they hope it would raise public awareness and concern to try and halt the majestic creatures’ decline.

From paintings to mixed media works, photography, installations and sculptures, the 75 featured pieces beautifully capture the large feline, said to number less than 200 in the country.

“Do we want to be known as the generation who lost the Malayan tiger, our national icon and everything it represents? Tigers are symbolic of strength and courage, as well as determination and independence.

“Many countries have managed to halt the decline of their endangered species, and I hope this show will inspire Malaysians to do the same, ” guest curator Ivan Gabriel told a media briefing last Friday.

The exhibition is a collaboration between the Wildlife and National Parks Department (Perhilitan) of peninsular Malaysia and the PSAG, with artworks displayed at the latter’s 3rd floor space in Dewan Sri Pinang.

It is also held in conjunction with Perhilitan’s ongoing Save Our Malayan Tiger Campaign. It had its soft opening last Sunday and will be officially launched this Sunday at 2.30pm.

PSAG director Haryany Mohamad said the 75 pieces were each done by a different artist, ranging from veterans to established and emerging talents, hailing from all across Malaysia.

Some of them, like Christine Das, Nasir Nadzir and Peter Ong, are also known to have used their talents as artists to give a voice for the unspoken.

Part of proceeds from sales of artworks will be channelled to the campaign in aid of Perhilitan’s conservation efforts for the Malayan Tiger.

Yeoh said the exhibition was timely as it would help get the large felines back from the brink.

“Otherwise, the danger is that the future generations might only be able to see it through photographs, drawings or books, ” he said.

Besides the exhibition, there will also be a conservation talk by Perhilitan titled ‘Belang & Petualang’ on Saturday from 2.30pm to 4.30pm.

On Sunday, there is a colouring contest for children aged four to 12 from 11am to 1pm, an art talk titled ‘Conversation with Conservation Artists’ from 11.30am to 12.30pm, face painting activity from 1pm to 3pm, and live painting demo by Delwin Cheah from 1.30pm to 3.30pm.

The exhibition continues until March 31. Viewing hours are 9am to 5pm daily (closed on Fridays and public holidays). Entrance is free. 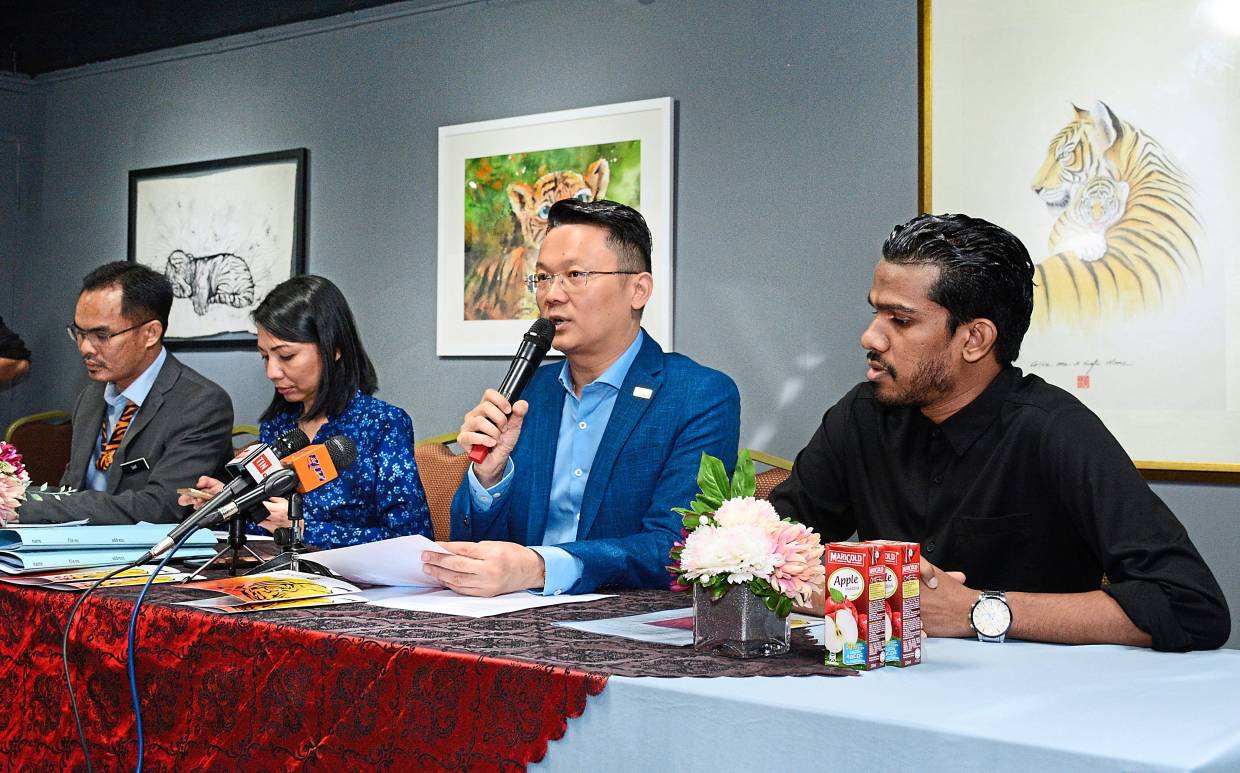 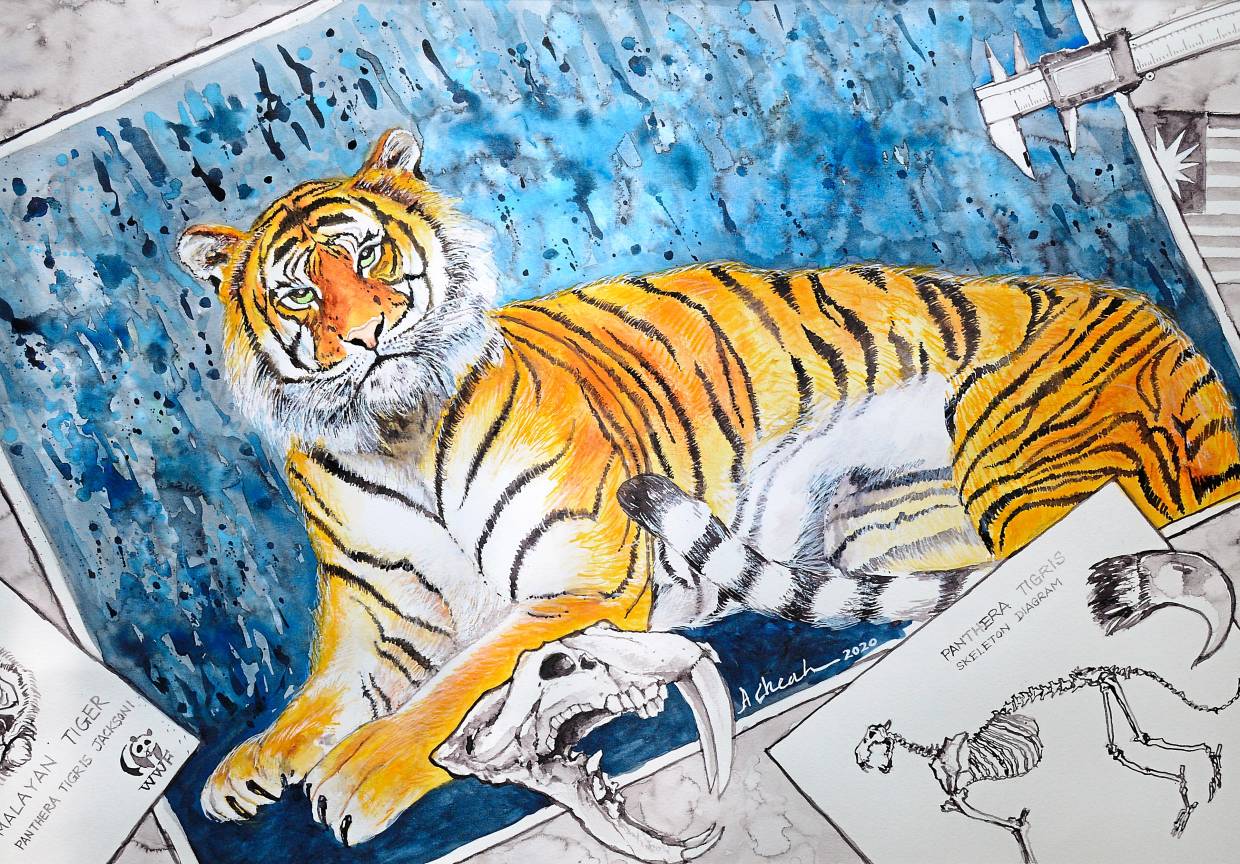 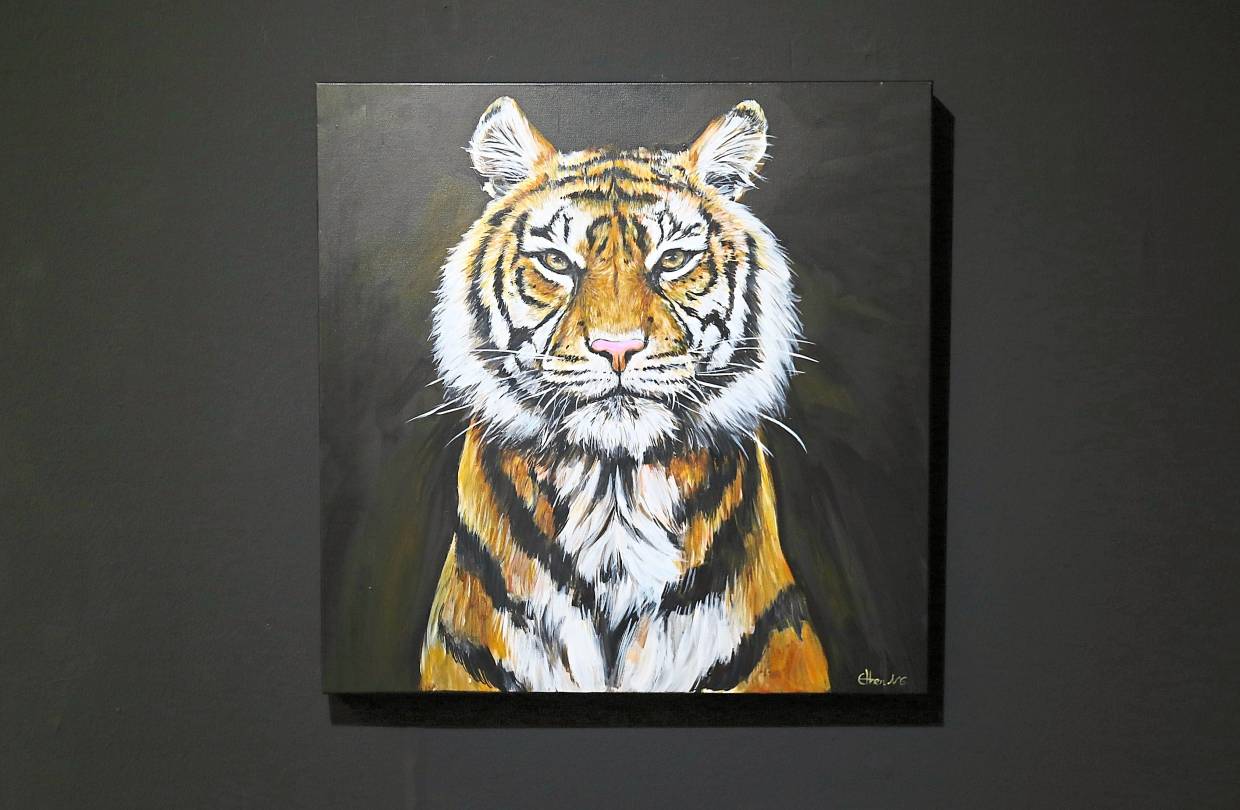 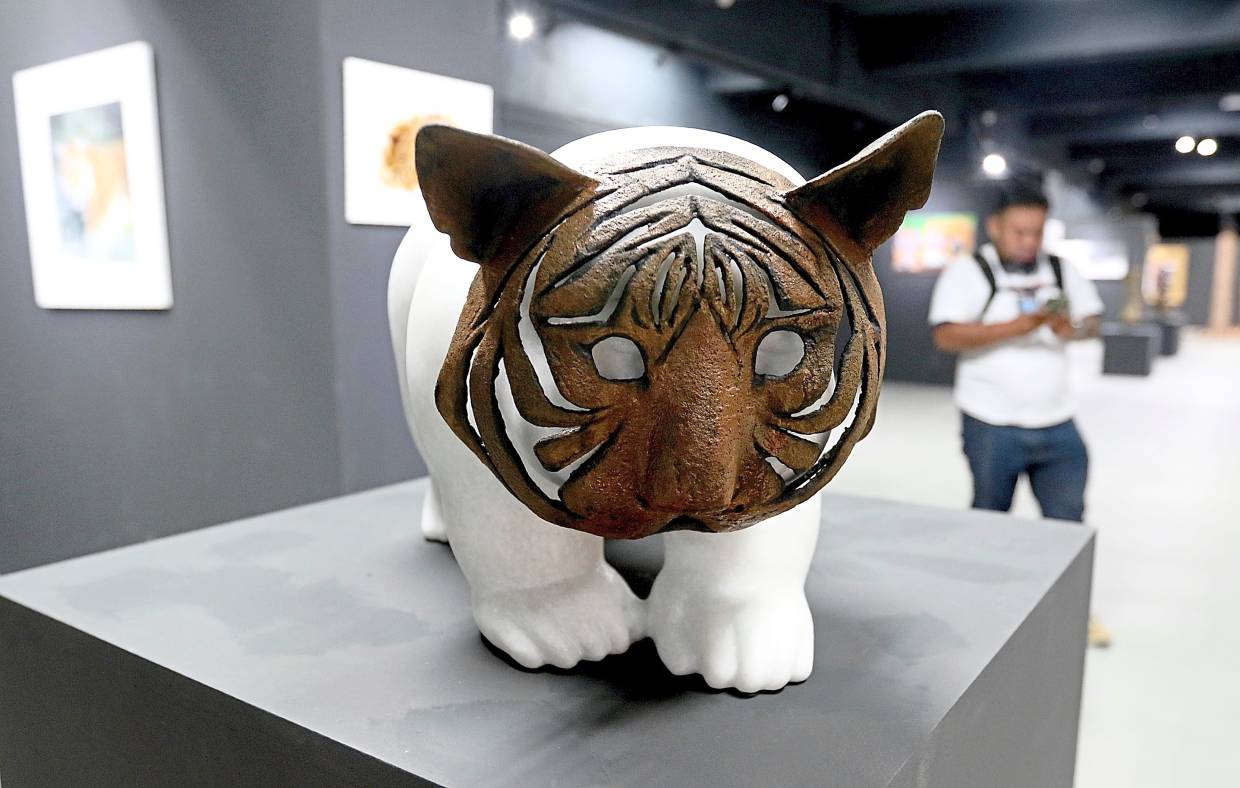 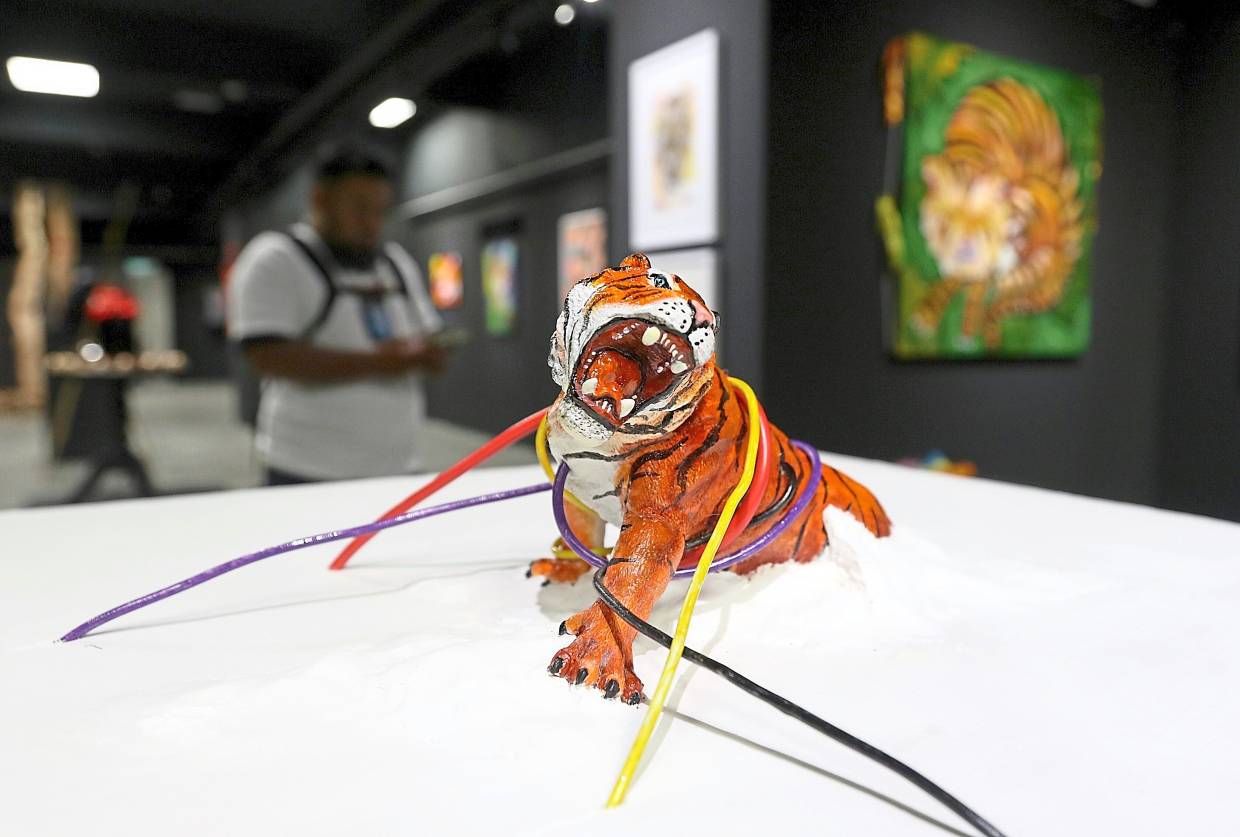 Yeoh (in blue blazer) briefing journalists about the exhibition. With him (from right) are Gabriel, Haryany and Saat. — Photos: ZHAFARAN NASIB and JEREMY TAN/The Star

Beautiful artworks of the Malayan Tiger on display in the Belang exhibition at the State Art Gallery in Dewan Sri Pinang.

A painting of a majestic-looking Malayan Tiger featured among 75 artworks on display at the Penang State Art Gallery. (Left) A sculpture showing an animal with a tiger mask.

A sculpture of an ensnared tiger roaring for freedom.