A total of 987 settlers received their keys to Laman Haris in Bandar Puncak Alam which was developed by Eco World Development Group Bhd.

THE dream of 987 settlers to own a home in Kuala Selangor has been realised after a long wait of over two decades.

Eco World Development Group Bhd delivered what was promised to the settlers of the Green Revolution Plan, Stages II and III, after two others had failed.

“All of us are happy that the dream of owning a new house has materialised.

“The settlers have always fought for our rights and never given up.

“But sadly, five have passed away and could not see the completion of their homes,” he said. Azmin (front row, fifth from right), Amirudin (seventh from right) and Liew (at Amirudin’s right) with some of the settlers posing with mock keys to their homes in Laman Haris. —Photos: AZMAN GHANI/The Star

Siew Chap Sing, 73, said he was happy and relieved to get the house.

“I am satisfied with the unit. My daughter will be staying here while I will continue to live in my old house nearby,” he said.

Each settler is entitled to a double-storey terrace house with three bedrooms and bathrooms and one utility room. It is estimated to be worth RM500,000.

The settlers also received RM44mil cash in addition to the homes.

Soon, the residents at Laman Haris will also be able to enjoy a lake park, children’s playground as well as facilities such as surau and multipurpose hall.

“We are delighted to help the settlers realise their dream but this was not an easy journey.

“I am grateful for the cooperation from all parties, including the state authorities, settlers, landowners as well as the unwavering support of Azmin Ali, the former MB who enabled the project to be realised without compromising settlers’ rights,” said EcoWorld chairman Tan Sri Liew Kee Sin. 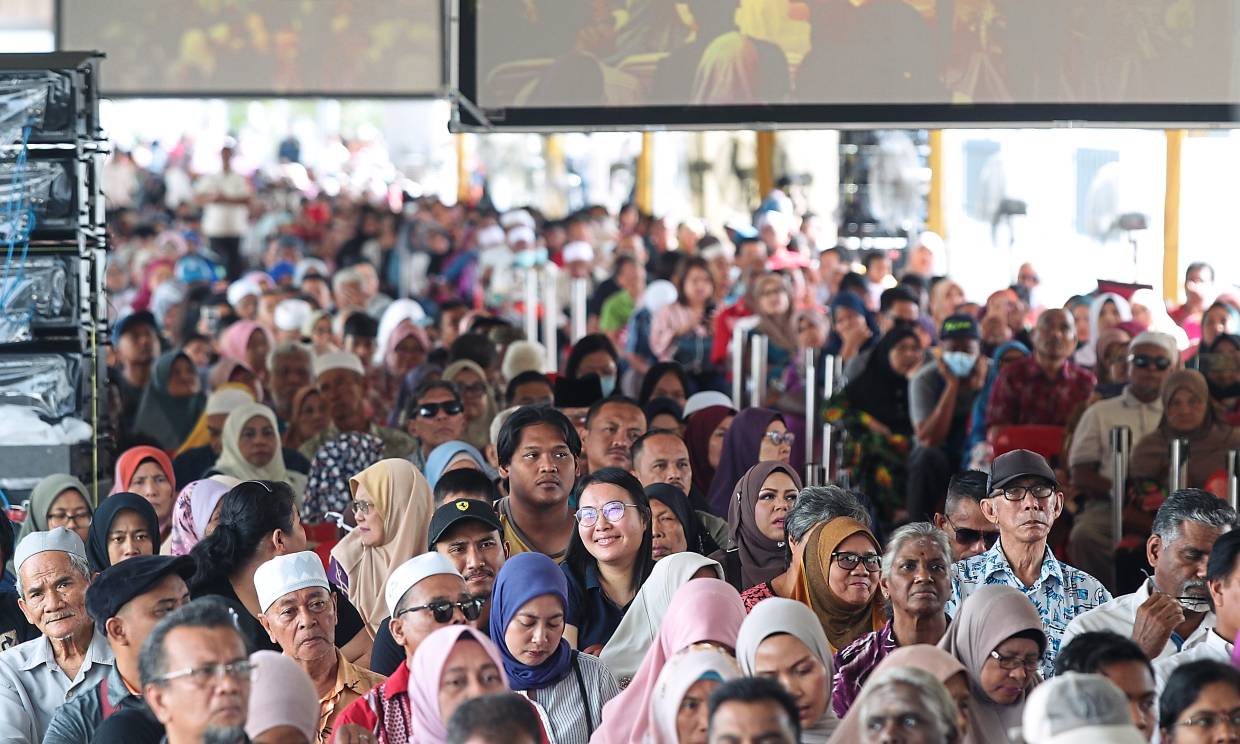 More than 1,500 attended the launch and key handover ceremony at Laman Haris.

Azmin said the state government had worked tirelessly on the project.

“When I was the MB for Selangor, the project had already been abandoned and the settlers were neglected.

“Now, they can finally enjoy comfortable homes,” he said.