By SHALINI RAVINDRAN and EDWARD RAJENDRA

ANOTHER forest reserve in Selangor is under threat of degazettement, which will cut down the presently protected 958ha to a mere 28ha.

If the state government proceeds with its proposal to degazette some 97% of the Kuala Langat North Forest Reserve (KLNFR), it could mean total destruction of the forest and its biodiversity, which would adversely impact the indigenous people who rely on the forest. 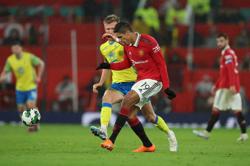