COOKING methods vary widely across the world, from grilling food over an open fire to using the traditional stove and electrical kitchen appliances.

In Malaysia, the rice cooker is a must-have in every household as rice is the staple food in the country and most of Asia.

The rice cooker, however, has evolved from being used solely to cook rice to stir-frying food and baking cakes.

Doing all the cooking in a single kitchen appliance such as the rice cooker and pressure cooker has become the norm, especially for students.

Those interviewed told StarMetro that life has been easy with the single cooking pot as they were able to whip up varieties of food while saving money.Students’ essential

Damia Nazurah Samsudin, 23, from Selangor is studying at a university in Beijing, China and will be graduating this summer.

She said adapting to a new environment was a real challenge for her, especially living in a country where halal food is not easy to come by.

“The major effect is that once I started my regular life away from home, I miss everything especially my mother’s cooking.

“During my junior year abroad, I tried to master the art of cooking and have always relied on my mother’s recipes.

“That is when I realised that by teaching me how to read a recipe, my mother has taught me to cook my favourite dishes.

“Everything I know about ayam percik, rendang and traditional Malaysian desserts, I owe it to her.

“Since then, I became more eager to cook. With more free time, I perfected my recipes, ” said Damia.

“One best thing about cooking with the rice cooker is that you can put all the required ingredients for a one-pot meal and walk away without worrying.

“Admittedly, a rice cooker becomes my best companion as I can cook in my room without having to go to the kitchen, ” she added.

Damia said her favourite dish using the rice cooker was macaroni and cheese.

“There is nothing better to keep me going during late-night study sessions than a bowl of rich and creamy mac and cheese, and luckily it’s incredibly fast and easy to make using a rice cooker.

“I have also discovered that the rice cooker can help me satisfy my sweet tooth with pengat ubi, bubur cha cha and caramel pudding, among many others, ” she said.

Nur Hayati Khairul Saleh, a 23-year-old radiographer and assistant nurse at a clinic in Puncak Jalil, Seri Kembangan, said cooking was something her family enjoyed during the holidays because they could spend time together despite their busy schedule.

“Cooking using the rice cooker is much more convenient than using the stove because it has more benefits and is cost effective especially when you live alone in a city.

“Rice cooker is usually used to cook rice alone, but as time passed, it has evolved to a multifunction cooker that can be used to steam, fry, and boil basically everything in one pot, ” she said.

The dish she cooks most of the time in the rice cooker is spaghetti.

“I do not have a fixed time for lunch due to working on shifts. I skipped dinner several times by having a late night supper.

“Spaghetti has been my comfort food ever since I was small and it is super easy to make especially using a rice cooker, ” she said.

“As a student studying in an urban area, our living cost is quite high.

“My weekly budget is roughly between RM100 and RM200. Instead of dining out, I could easily save about half the budget, ” said Wafiy, adding that he has mastered cooking the ayam masak merah, chicken curry, roti jala and ayam kicap jawa in the rice cooker.

“Using rice cooker to cook is much more convenient since some of us cannot not afford a stove and also it is against university hostel regulations, ” he said.

She later used a mini rice cooker in her room.

“I started to cook using a rice cooker when I noticed the Japanese making mini pancakes.

“I prefer to cook as it is much easier and I also do not know what to eat in foreign countries, ” she said, adding that she preferred

taking along her own ingredients and cooking in a rice cooker during her travels.Pressure cooker

It is a different story with Syahmi Haikal Mohamad Helmi, 23, from Kajang, Selangor, who uses the pressure cooker to cook daily.

“We used to be of the view that only women should know how to cook.

“I personally feel that everyone should learn to cook, especially when being abroad, ” he said, adding that preparing homemade meals might be one of the most effective ways to save money.

Halal food in Russia was difficult to find, he said, adding that restaurants that did offer halal meat were not located near his hostel.

Syahmi said he would use a pressure cooker to cook almost everything as it has several modes such as steam, stir fry, slow cook and of course pressure cook mode.

“I am living in a hostel room given by the university and it is pretty convenient using the pressure cooker as I can cook in my own room, ” said Syahmi whose favourite dish was nasi lemak.

“I can eat nasi lemak all day everyday. I am using my mother’s recipe, so every time I eat it, it reminds me of home, ” he added.

Syahmi said Malaysians find it difficult to cook as there were many restaurants and stalls offering varieties of local and international delicacies.

“One can easily cook, it saves you a lot of time and money, ” he said. 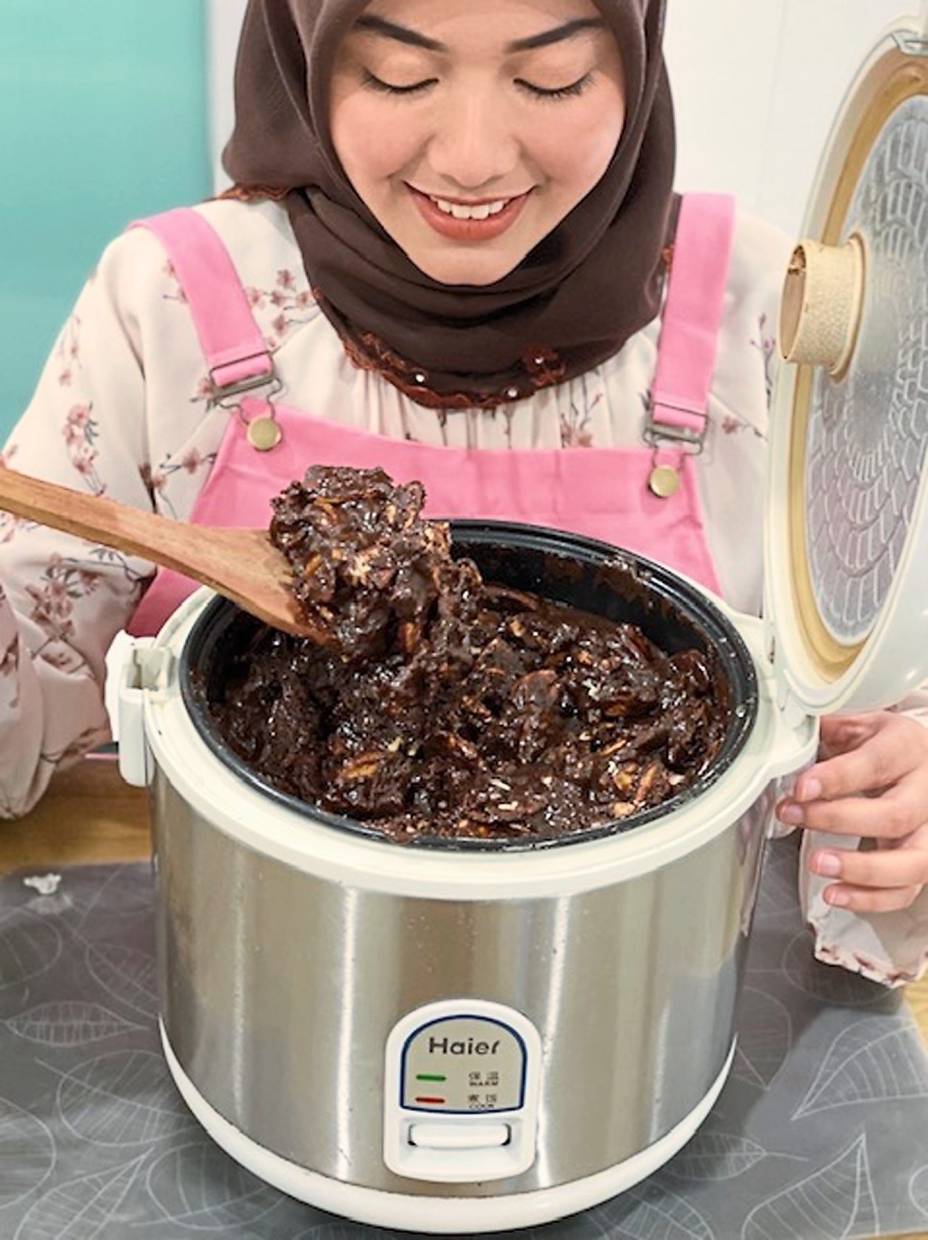 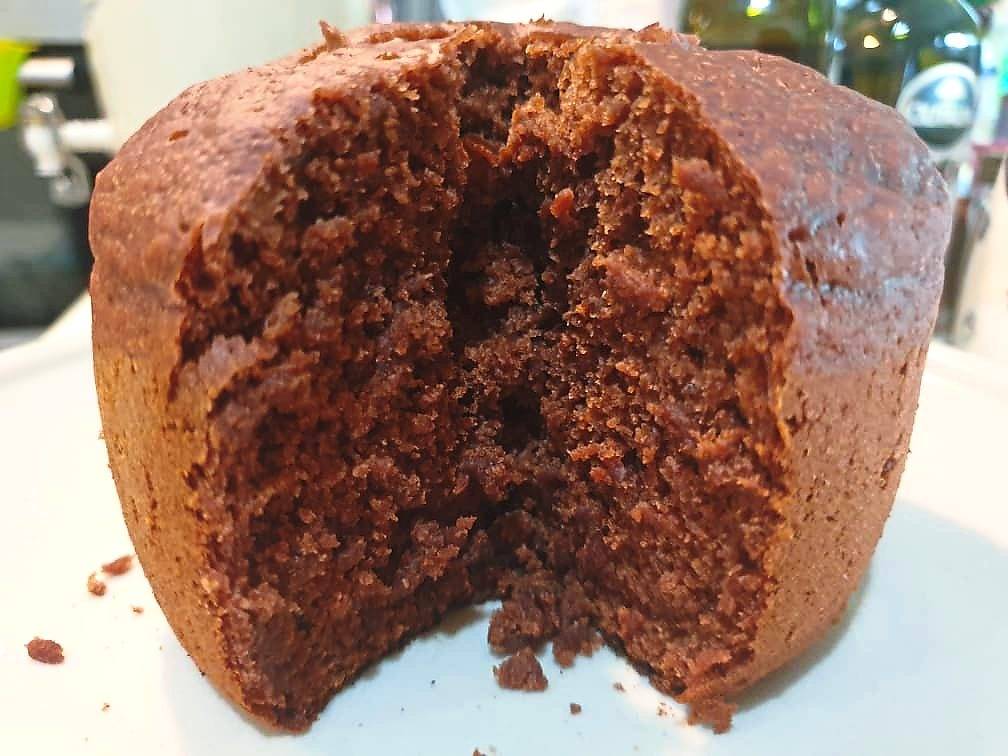 Damia is preparing her pengat ubi in a rice cooker.

Among food that students have made in the rice cooker are pasta, olive bread, pancakes and chocolate banana cake.

Even a cake can be baked in a rice cooker as seen here.