Places to party into new decade 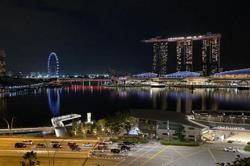 While some may choose to stay at home with their loved ones tonight, others are looking forward to partying the night away with friends.

If you are part of the latter, here are some places you can celebrate New Year’s Eve and kick off the new year with a bang. 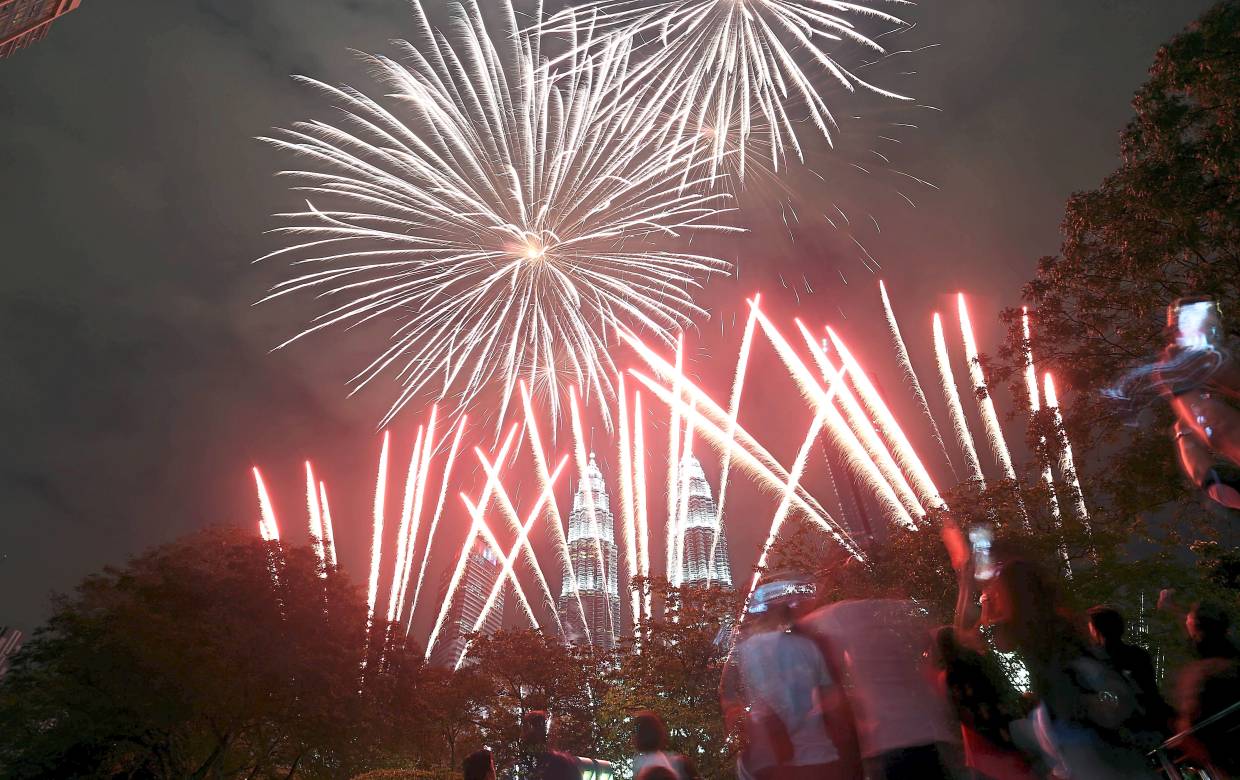 At Dataran Merdeka, Kuala Lumpur City Hall (DBKL) is collaborating with the Tourism, Arts and Culture Ministry to host the “Ambang 2020 @ Kuala Lumpur” from 10am, featuring a host of activities such as Malaysia Christmas open house, a time capsule concert as well as a performance of the official song for Visit Malaysia 2020 and VM2020 Light Show in the Sky.

Stay until 11.30pm and you may just catch a glimpse of Prime Minister Tun Dr Mahathir Mohamad launching the 2020 Countdown.

Among those performing tonight are Korean pop star Jang Han-byul and local artistes Awie, Ella, Hujan, Santhesh, Bunkface and Pop Shuvit. A fireworks show is set to light up the night sky at the stroke of midnight.

The night will end with an exciting musical fireworks.

Over at Desa ParkCity, the 2020 ParkCity New Year Carnival will be taking place at Car Park 3, opposite Plaza Arkadia. From 8pm, the carnival will feature stage performances from nearby schools, including The International School @ Park City as well as artistes Hydra and singer/songwriter Poova.

There will also be fun-filled activities at The Waterfront and Plaza Arkadia. An eight-minute-long firework display is set to go off at midnight.

Sunway Velocity Mall is welcoming the new year with a countdown party as well. There will be a food truck lane, carnival, 3D photo booth and countdown concert with fireworks. IPC Shopping Centre, The Curve and eCurve have joined forces to begin the new decade with good company, music and a dazzling fireworks display at the Mutiara Damansara Commercial Centre.

The New Year’s Eve Countdown party, which starts at 9pm, will be the place to be with a line-up of talents such as The Colours, Manbai, Syafeek Ikhwan, Geraldine Gan, NAMA, Sarasara Akustika and Anak Seni Warisan making an appearance. The night will top off with the longest and largest fireworks display in the Damansara area.

Alternatively, you can usher in the new year with the Amazing 2020 @ Sunway City concert, featuring prolific Malaysian talents such as Kingsman, De Fam, Midnight Fusic, Karen Kong and Alvin Chong.

The free concert taking place in front of Sunway Resort Hotel & Spa starts at 9pm and a spectacular fireworks showcase featuring “2020” emblazoned in the sky will end the night’s celebrations.Citta Mall in Ara Damansara will be hosting its fourth New Year’s Eve Party this year. The shopping centre has called on Rejuvenate Dance Crew, As’ad Motawh, Raja Syahiran, Nana Sheme, Nabila Razali, Lost Radio and 3P to liven up the atmosphere from 9pm.

After going through a revamp and reopening at the beginning of this year, The Square by Jaya One wants to celebrate its milestone with the public.

DJ Joleen and DJ Jodie are all set to get the party started at 6.30pm. Party-goers can also expect a thrilling fire spinning performance by Tommy Tongchai — a Thai fusion gastrobar — as fire shows are part of the nightlife culture celebrated in Thailand. The Square’s New Year’s Eve countdown will have music by live band Music Sense.

The countdown party will also feature glittery confetti rain. As this is a pet-friendly square, people can bring their “furkids” along to usher in the new year.

If you are in Shah Alam, join the countdown celebration with Selangor Mentri Besar Datuk Seri Amirudin Shari at Dataran Kemerdekaan Shah Alam.

Exciting activities like a night run, drone racing and e-sports tournament as well as food trucks are planned from 10am onwards.

To usher in the new year, a marching band’s performance will start at 9.45pm and a fireworks display will take place at the stroke of midnight.

Over at i-City, the annual New Year’s Eve Countdown will be held, along with a spectacular firework display, with festivities starting from 10pm.

In conjunction with Visit Malaysia 2020 and Selangor’s Golden Triangle Day in February 2020, i-City will be featuring multicultural performances and other special activities.

After the clock strikes at midnight, every ride and attraction will be offered at a “Buy One, Get One Free” deal at i-City Theme Park. 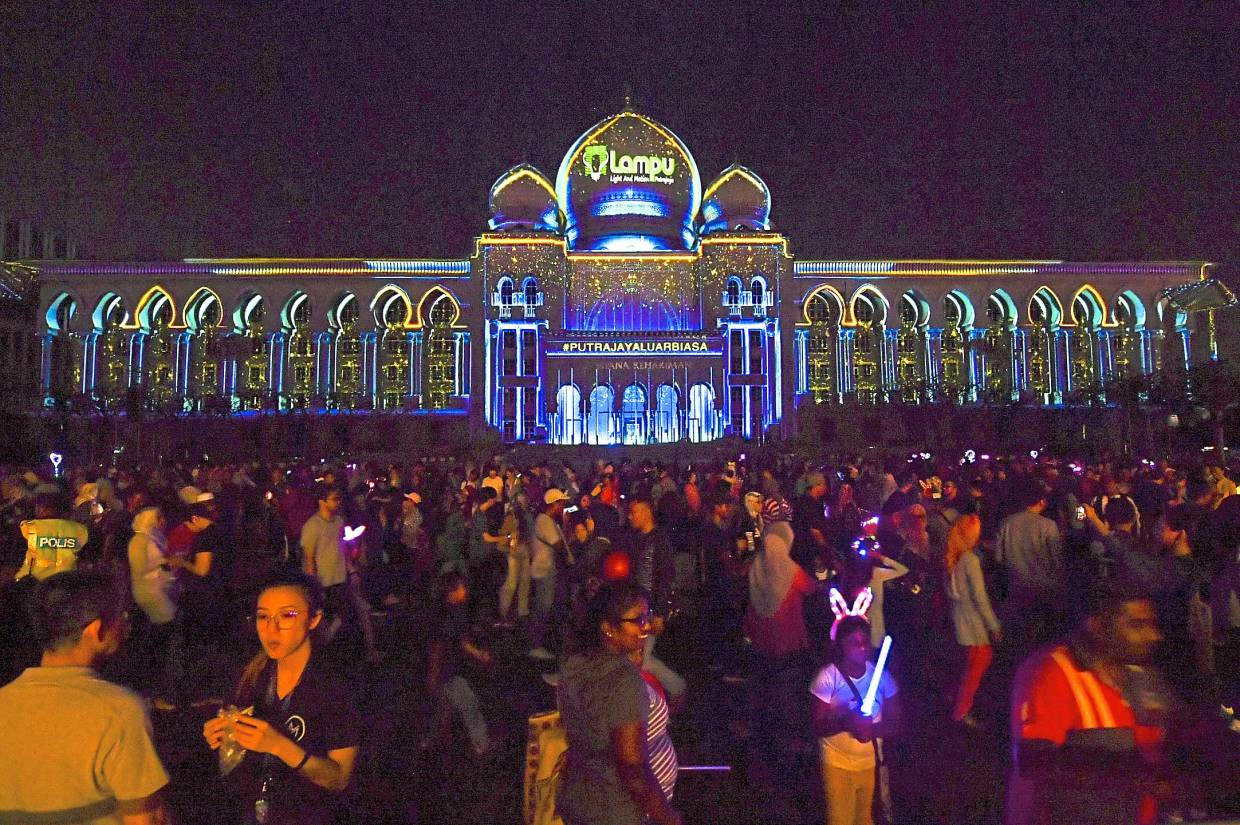 The light show or grand projection mapping against the Palace of Justice in Dataran Putrajaya will feature stories on the country’s growth before and after independence. — Bernama

In conjunction with its silver jubilee, Putrajaya is having the 7th Light and Motion Putrajaya (Lampu) 2019 at Dataran Putrajaya, with New Year’s Eve being your last chance to view the installation.

The light show or grand projection mapping against the Palace of Justice building will feature stories about the country’s growth before and after independence.

Visitors can look forward to a digital fireworks display and a pyrotechnic display.

There will be plenty of food trucks and food stalls. Admission to the event is free.

Expect performances by street artists and buskers, silent marching, cultural performances such as wayang kulit and bhangra, as well as an outdoor theatre and toy arcade.IOI City Mall is also having a countdown to 2020, with fun activities planned such as Zumba starting at 6pm and an array of delicacies and snacks made available to visitors. Revellers will be entertained by Bahiyya Haneesa, Balan Kashmir, Mei Sim, NYK, RICE and Yasmin Aziz. Counting down towards the new decade will be none other than Datuk Zainal Abidin.

Be ready to witness a grand display of fireworks to usher in a brand new year. 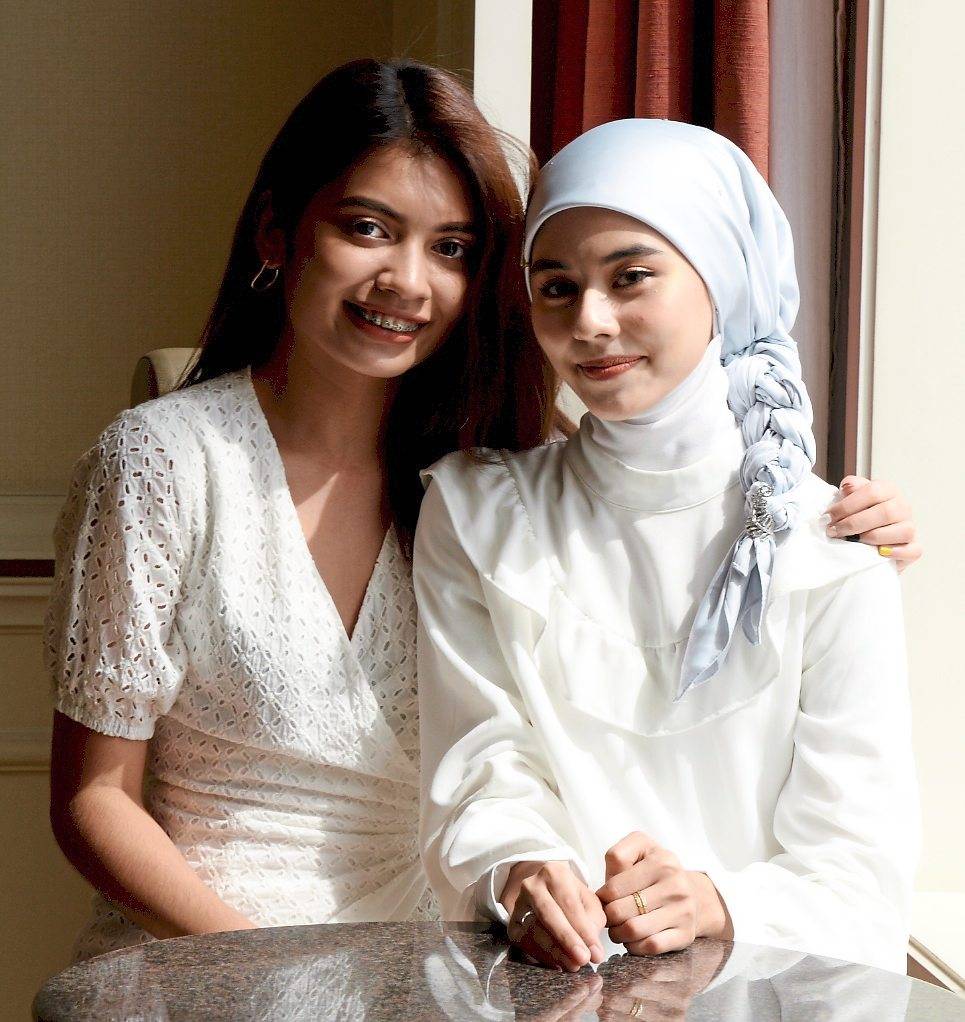 Singers Jeryl Lee and Masya Masyitah will perform at the Arena of Stars on Dec 31. - S.S.KANESAN/The Star

If you are lucky enough to be up in Genting Highlands for New Year’s Eve, Resorts World Genting has a few events going on that night.

You can celebrate multiracial friendships with Jeryl and Masya at the “My SISTA” New Year’s Eve Countdown Concert at 10pm.

The two 19-year-old singers will be showcasing their vocal mastery at the Arena of Stars. Tickets are priced from RM156 to RM346.

Or you could choose to join Zouk Genting’s New Year Eve’s Countdown Party to enjoy the fireworks in the sky from 9.30pm.

The best locations for viewing the fireworks are FUHU, Park Avenue Lounge, High Line Rooftop Market and SkyAvenue outdoor open deck (next to Beauty in the Pot).