Gearing up for life-changing surgery

Diagnosed with Tetralogy of Fallot, a congenital heart disease before she turned two, Nur Syiffa’s family had to put her surgery on hold for more than seven years due to financial constraints. Now, she can finally get a shot at a normal life, thanks to generous donors.

German Motors Sdn Bhd founder and chairman Fritz Imbacher said, “We have been donating annually to Star Foundation since 2017.

“Last year, we expressed interest in supporting the Medical Fund programme but there were no active cases at the time. When we approached them again this year, this case was brought to our attention and we felt it was right for us to support this child.”

German Motors and Liqui Moly contributed RM27,500 towards the procedure.

The remaining costs will be borne by donations collected from cases supported previously under Star Foundation’s Medical Fund programme. The surgery and convalescence expenses are estimated to cost RM55,000.

Imbacher hopes Nur Syiffa will make a full recovery after the surgery. “I hope she can live without suffering and play without running out of breath. All children deserve that, ” he said.

“In the past, we contributed to shelters and organisations but this time, we can contribute directly to a child to save her life. Her smile will be our reward, ” said Imbacher after presenting the mock cheque to Star Media Group corporate communication senior manager Siti Hajar Abdul Rahman.

The German Motors-Liqui Moly Asia Pacific partnership is no stranger to charitable work. Besides their annual contribution to various charitable organisations, including Star Foundation, they also organise charity campaigns every Christmas.

Liqui Moly Asia Pacific Sdn Bhd managing director VS Look said they jointly donate either RM10 or RM15 to charity for service packages purchased in November and December each year.

“We have been doing this for more than seven years and have raised approximately RM200,000 so far, ” said Look. 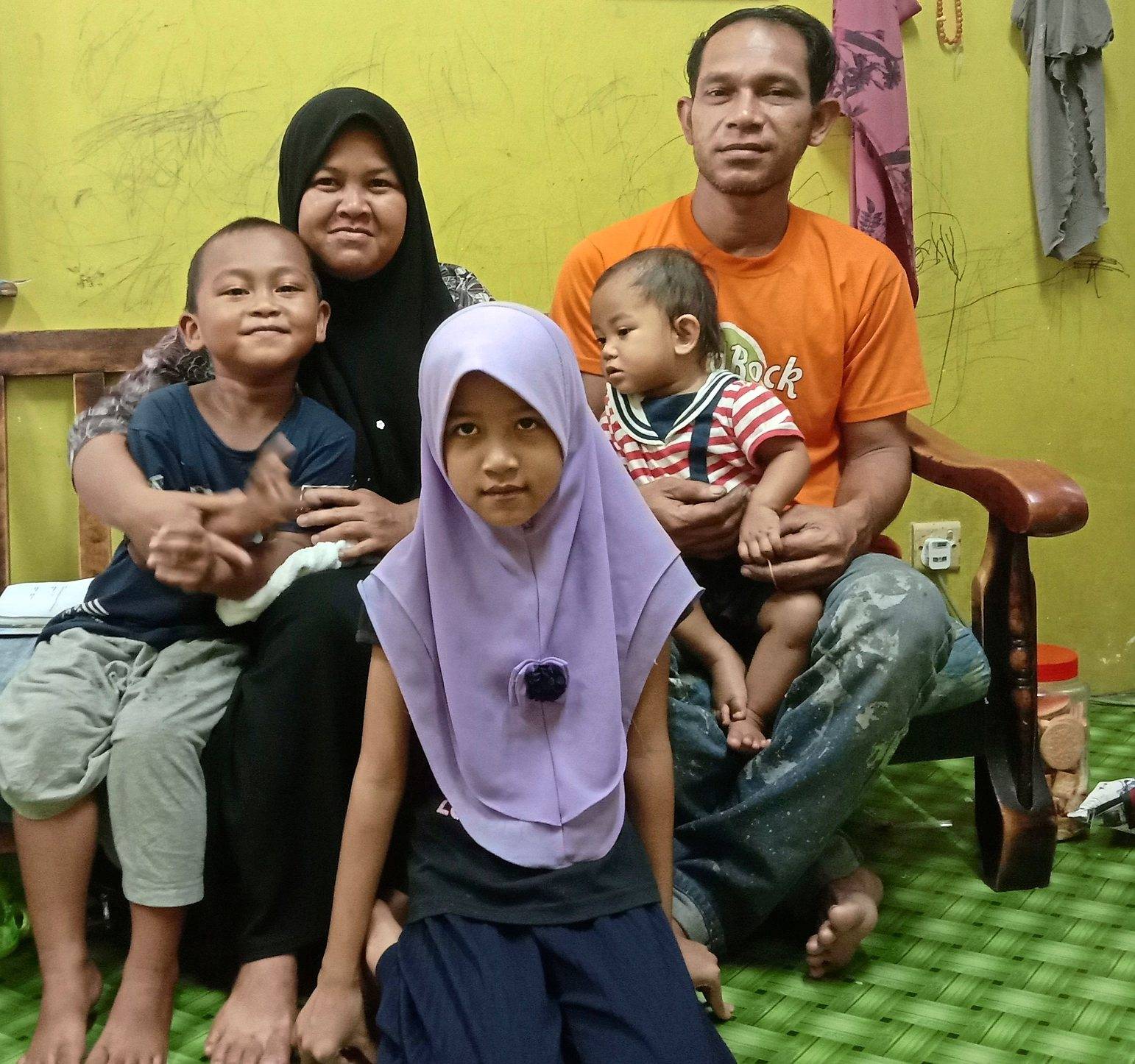 The surgery will enable Nur Syiffa (front) to lead a normal life.

Nur Syiffa’s plight was brought to the attention of Star Foundation in early November.

Her mother, Siti Hasliza Husain, 36, said Nur Syiffa enjoys colouring and learning Bahasa Malaysia in school but is restricted when it comes to physical activities.

“She goes out of breath and her fingers turn blue when she gets tired. Corrective surgery would enable her to go to school and play like other children. Unfortunately, we could not afford her surgery all this while.”

Nur Syiffa has five siblings aged one to 17. She lives with her mother and two younger siblings in Kampong Bukit Payong, Jerteh, Terengganu.

Her father, Mat Arif Abdullah, 41, and her sister, 14, share a home with relatives in a low-cost rented flat in Kajang.

Mat Arif works as a labourer while Syiffa’s sister helps out at a food stall near the flat to help make ends meet.

“It is difficult to get jobs in Jerteh so my husband and second daughter had to move to Kajang for work while I care for the younger children in Terengganu.”

“With his salary of about RM1,000 every month, we barely have enough to provide for the children, let alone money for the surgery. Now we have hope, ” said Siti Hasliza.

Nur Syiffa was seen by a consultant paediatric cardiologist at Institut Jantung Negara who recommended a Tetralogy of Fallot Correction. This surgery will help normalise the oxygen level in her body so that she can enjoy a better quality of life.