Local and international placemakers being briefed by PNB representatives during a ‘place games’ visit at Stadium Merdeka, Kuala Lumpur.

“There is a need to balance street space, to get motorists to respect pedestrians and to transition traffic from highway to downtown or city area, ” she said.

“While city roads are controlled by transport authorities that want to move traffic as fast as possible, there are ways to control it so everyone’s rights on the streets are respected.

“The streetscape should be more balanced, such that more space is given to pedestrians and less for cars.

“It is important that the right of way is given to the most vulnerable people in society, namely children, senior citizens and the disabled.”

Nikitin, who was one of the speakers at Placemaker Week Asean, observed that people do not feel safe in Kuala Lumpur because of the speed and volume of traffic, rather than crime and security reasons.

“In Malaysia, there is a desire to be a cultured, globalised world leader but that aspiration does not align with what is happening in reality, ” she said.

“There has to be both a ‘bottom up’ and ‘top down’ approach. There has to be an active, self-aware community that wants to make change and city authorities that are receptive to change.

“City authorities have to listen, play a more responsive role and update people on their policies and programmes so that there is a sense of accountability.”

Placemaker Week Asean — presented by Think City and UN-Habitat — offered a platform to share best practices, case studies and ideas to discover how placemaking could be an effective means of improving public spaces, buildings, streets and cities.

“It started with our dissatisfaction over how the city was run. Bandung was unkempt, there were hardly any sidewalks and space for parks, ” said the BCCF chairman, adding that close to 80% of Bandung’s three million population were aged below 30.

“A group of us formed BCCF to take the initiative to change the city through programmes and prototype urban solutions.

“For example, we turned a public park into a play jungle to make it a safe space for children and organised an exhibition under a flyover as that space was underutilised.

“Our intervention also helped save Bandung’s only city forest from being mowed down to build multistorey apartments, ” said Tita.

“The ‘Bandung method’ is so well-received that it is expanding to other places in Indonesia under the Indonesia Creative Cities Network, ” she said, adding that 211 out of 514 cities in Indonesia were members of the network.

“We came up with a guideline entitled ‘White Paper of Creative City’. It lists down the 10 principles of a creative city for how compassion can translate to city policies.

“We hope to use the book as a push factor to establish long-term policies for cities, as we do not want our efforts to disappear each time there is a change of mayor or regency.”

The Placemaker Awards Asean was also launched at the conference, with the aim of recognising the best public spaces within South-East Asia.

Set to take place in April 2020, the first regional award of its kind will provide an avenue for local councils, property developers and non-governmental organisations to showcase their respective community-building efforts through the creation, design and management of public space.

Open for entries from Dec 15 onwards, submissions will be judged on design, programming, community value and ownership. 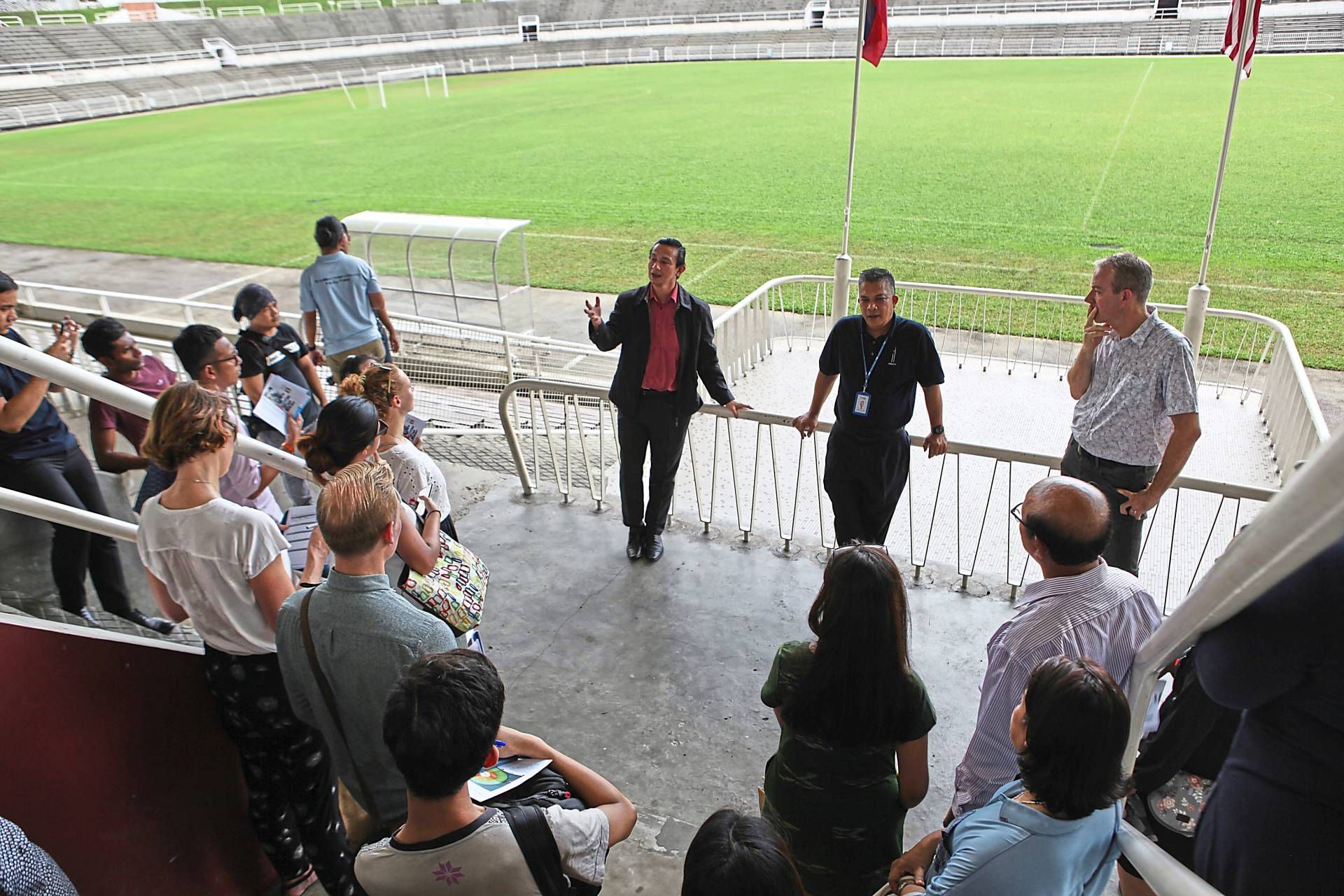 Local and international placemakers being briefed by PNB representatives during a ‘place games’ visit at Stadium Merdeka, Kuala Lumpur.

Nikitin says there is a need to balance street space, to get motorists to respect pedestrians and to transition traffic from highway to downtown or city area.

Tita says the ‘White Paper of Creative City’ guideline lists down the 10 principles of a creative city for how compassion can translate to city policies.