The organising committee members with SCASFT staff and children posing in a group photo after the press conference.

The ACWJW made it into the Malaysia Book of Records for the longest running charity walk/jogathon event. The event allows other non-governmental organisations (NGOs) to take part in it to raise their own funds.

An important figure will be missed in this year’s event, the late Datuk Seri Dr Lam Peng Chong, SCASFT’s president who passed away last June.

“My husband was in SCASFT for more than 50 years. He did not get paid for the job but still, he dedicated his life to it,” said Datin Seri Lam Lee Pin while reminiscing her late husband’s contributions.

“He remembered every child and he used to say ‘give until it hurts’. Not once did I hear him complain.

“Even when he was suffering in pain from cancer, he never said it.

“He started the ACWJW and I am very grateful to see all the things SCASFT is doing to remember him,” she added. 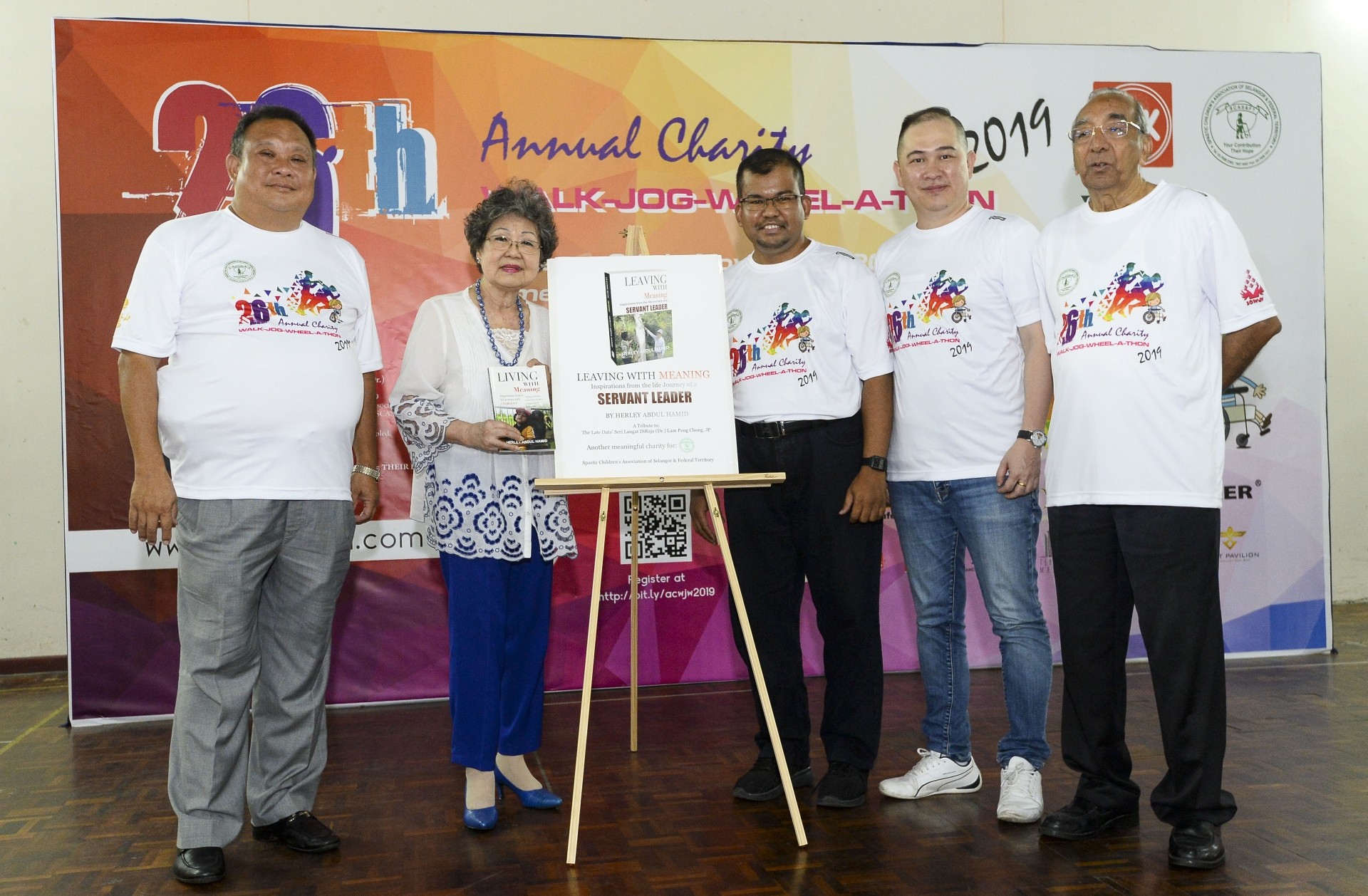 (From left) Hong, Lam, Herley, Ching and Mohinder at the pre-launch of ‘Leaving With Meaning: Inspirations from the Life Journey of a Servant Leader’.

SCASFT has committed to sponsor Kuntum magazines and dimsum subscriptions for this event. Star Media Group special officer in corporate office Loo Phan Kooi was present for a symbolic handover

of the magazines to the event organising committee.

Herley, who has a child born with cerebral palsy, wrote his second book titled Leaving With Meaning: Inspirations from the Life Journey of a Servant Leader, to pay his respect to Peng Chong.

“I wrote for my son who at the time had a small chance of living. Who would have thought that the man who helped me get through my son’s near-death experiences would be the one to leave first? 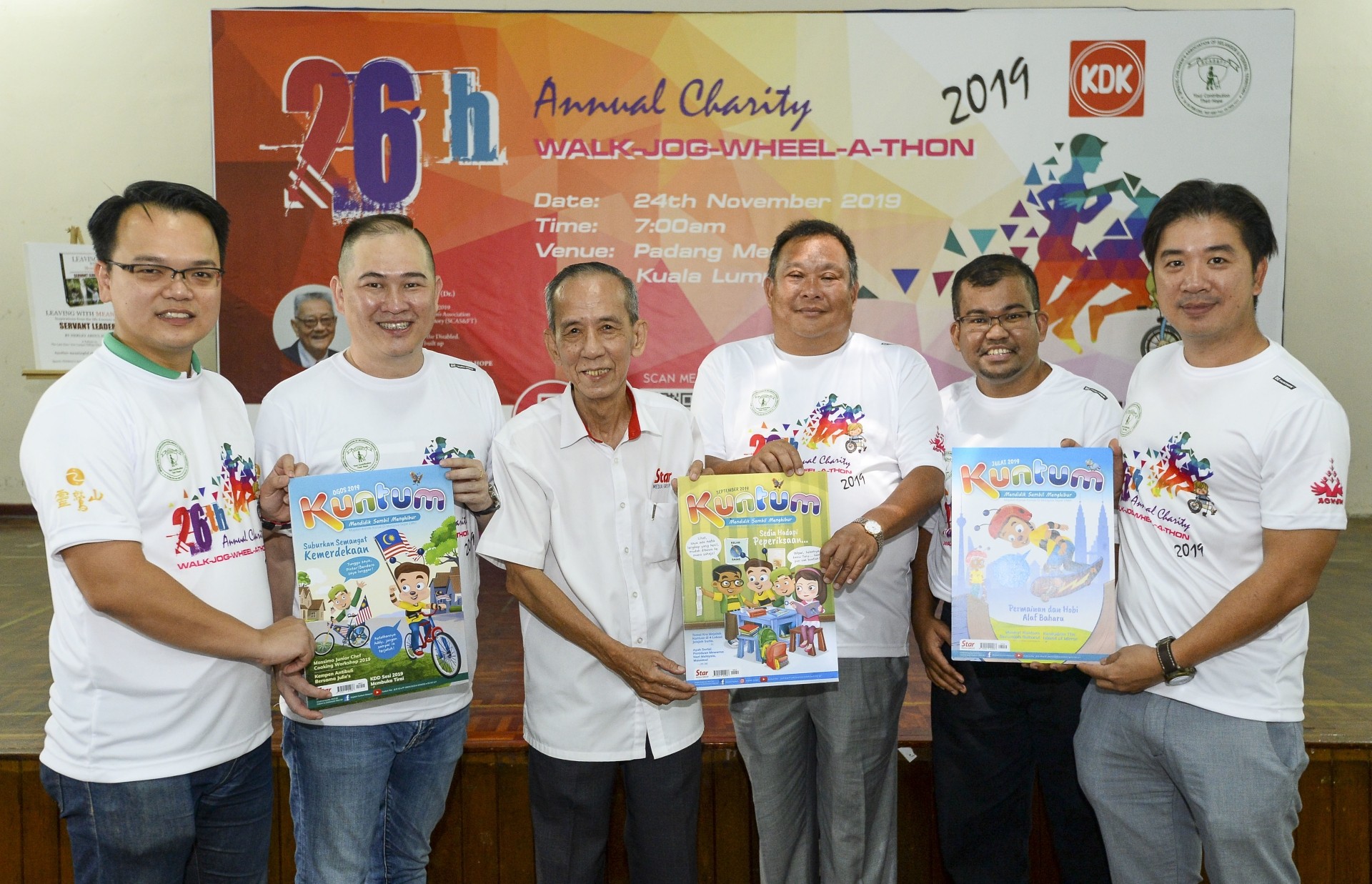 “He was like a father to me. He always asked about my son’s well being with so much care and passion,” said Herley who has been SCASFT ambassador for three years.