Members of the winning teams posing for a group picture with Yeoh (in black T-shirt) at the 10th Penang International Lion Dance on Stilts competition held in Kepala Batas.

YI Wei Athletic Association from Singapore continued to impress their supporters, with another scintillating performance in the Penang International Lion Dance on Stilts competition at SRJK (C) Pei Yu in Kepala Batas, Penang.

The team from Ang Mo Kio is no stranger to the competition, having won it twice in 2016 and 2018.

Troupe leader Li Wen Hong said he knew they could win the tournament again as they had been preparing for the event in the last three months.

“I feel great and proud with our achievement, ” he said.

Li, who is also one of the coaches, said they were now setting their sights on another international championship in Taiwan this month.

“The victory served as a good training and exposure for us before we enter the next tournament, ” he said. 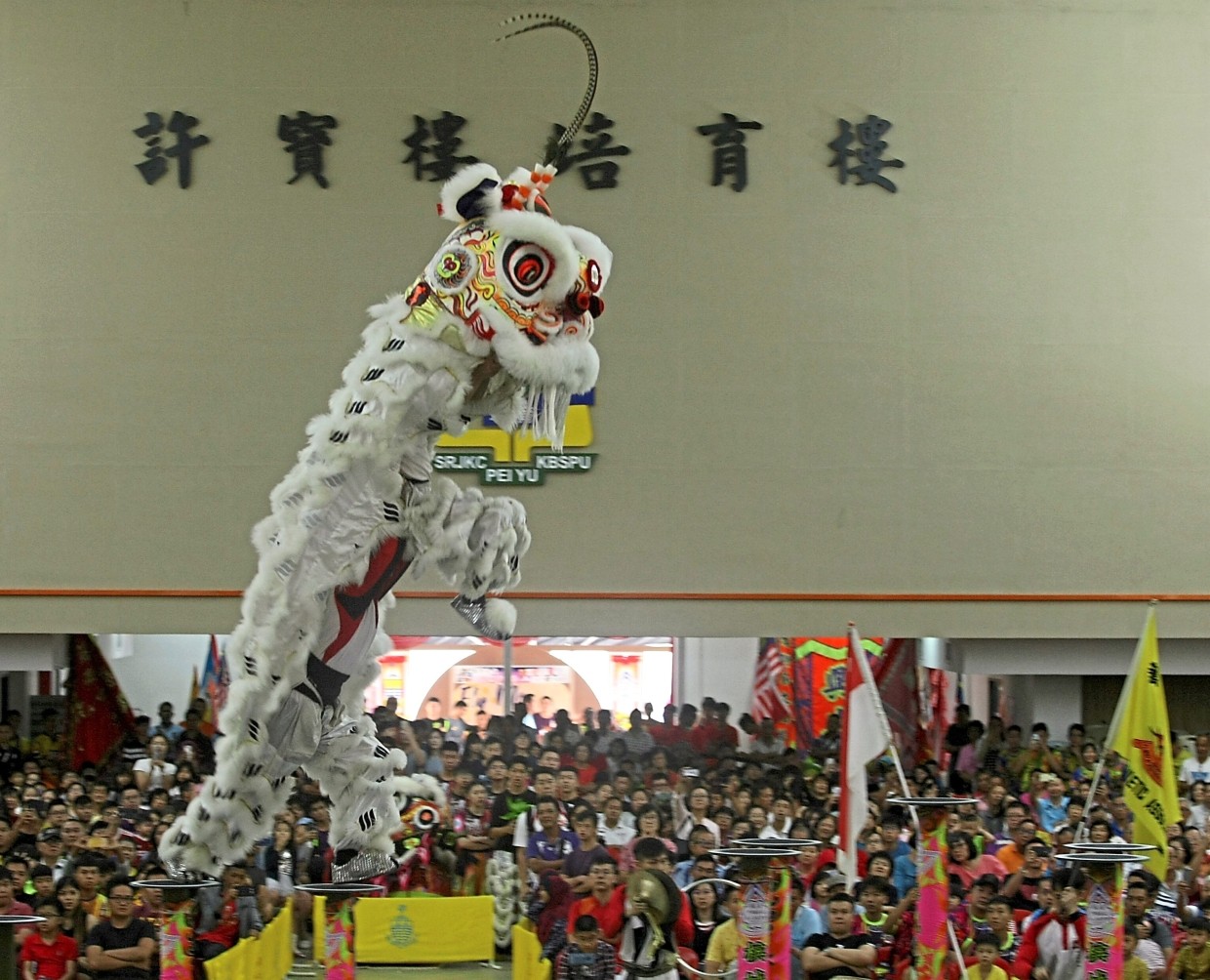 A total of 32 teams took part in the recent competition, which also saw the participation of teams from Malaysia, Vietnam, China, Taiwan, Indonesia and Hong Kong.

Hundreds of people, both young and old, turned up to watch the event organised by the state government in collaboration with Persatuan Sukan & Kebudayaan Tiong Kua Kepala Batas.

“The competition also shows that the government is doing all it can to preserve the Malaysian culture while promoting it as a tourist attraction, ” he said.

He also congratulated the winning team and praised all the participants for their efforts.