TAKING one look at the hazy evening air, Fateha Mazlan, 34, wondered if her kids could go to school the next morning.

“You don’t need to know the API (Air Pollutant Index). Just look at the haze and you know it is getting worse, ” said the businesswoman.

But yesterday morning, there was still no announcement and so her three children went as usual to Convent Light Street.

Fateha said she was flabbergasted when she got the call to pick up her kids at noon after the state Education Department ordered all schools in Penang’s northeast district to close early. 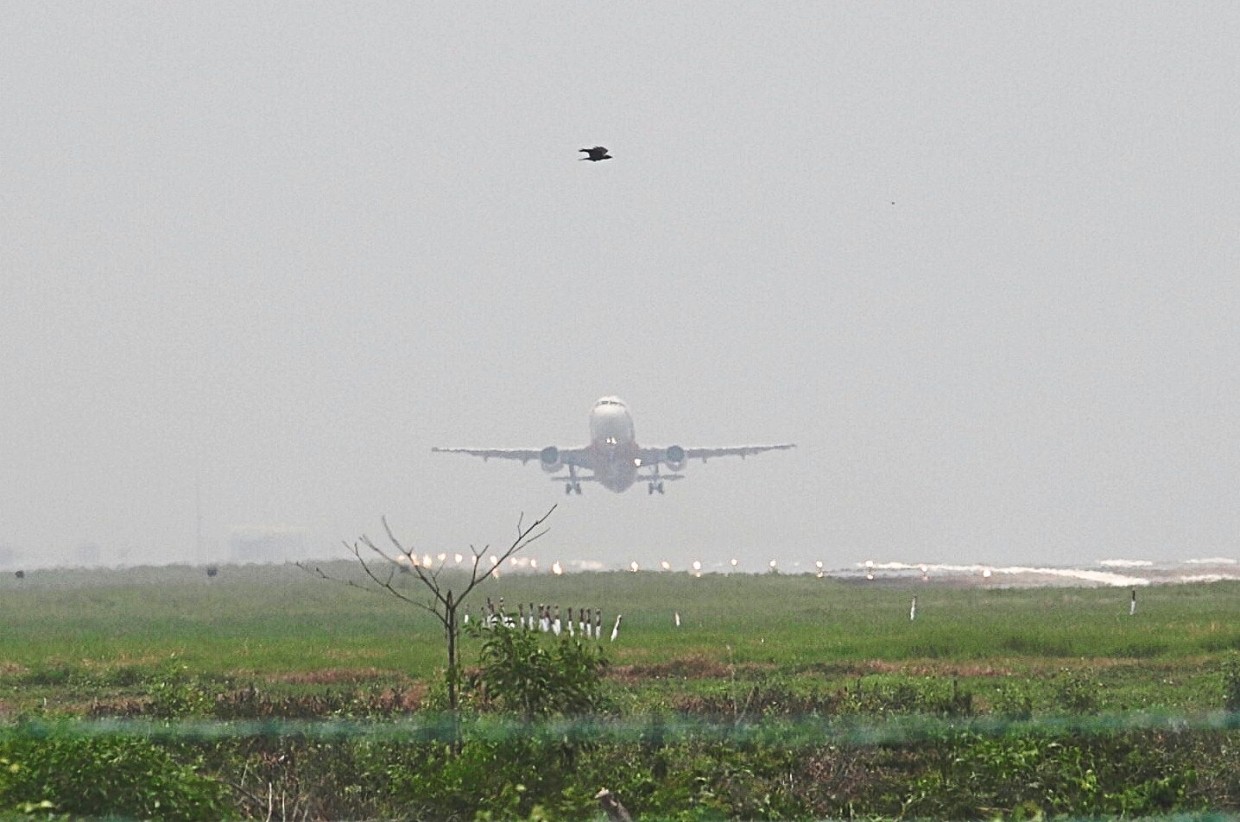 A plane taking off in the hazy sky at Penang International Airport.

She said her children were supposed to stay back at the school until 2.30pm that day because it was co-curriculum day, adding that she felt for working parents who might not be able to leave their offices early to pick up their kids.

“I got a call that my three children were told to go home at noon, ” he said.

“So now, I have to go to three schools and take them home one by one on my motorcycle. 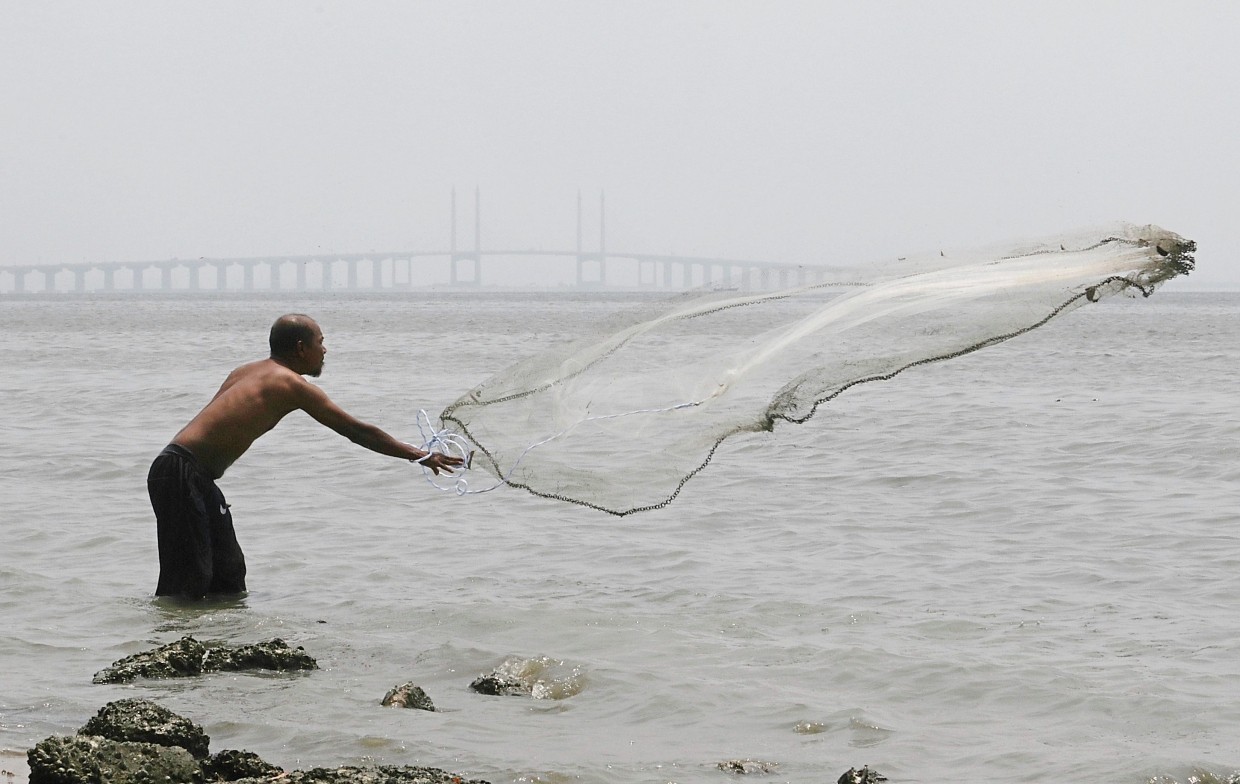 A fisherman casts his net with Penang Bridge barely visible in the background.

“I’m lucky my superior gave me time off to come out before lunch.”

Parent Hardy Singh, 54, said he spent the morning looking at the Education Ministry’s website to see if there would be a closure announcement but found none.

“The ministry should be more proactive. There is no need to give sudden notices like this.

“You look at the sky yesterday (Tuesday) and you know the situation. Why wait until the API is 200 and order the closure suddenly halfway through the day?” Hardy asked. 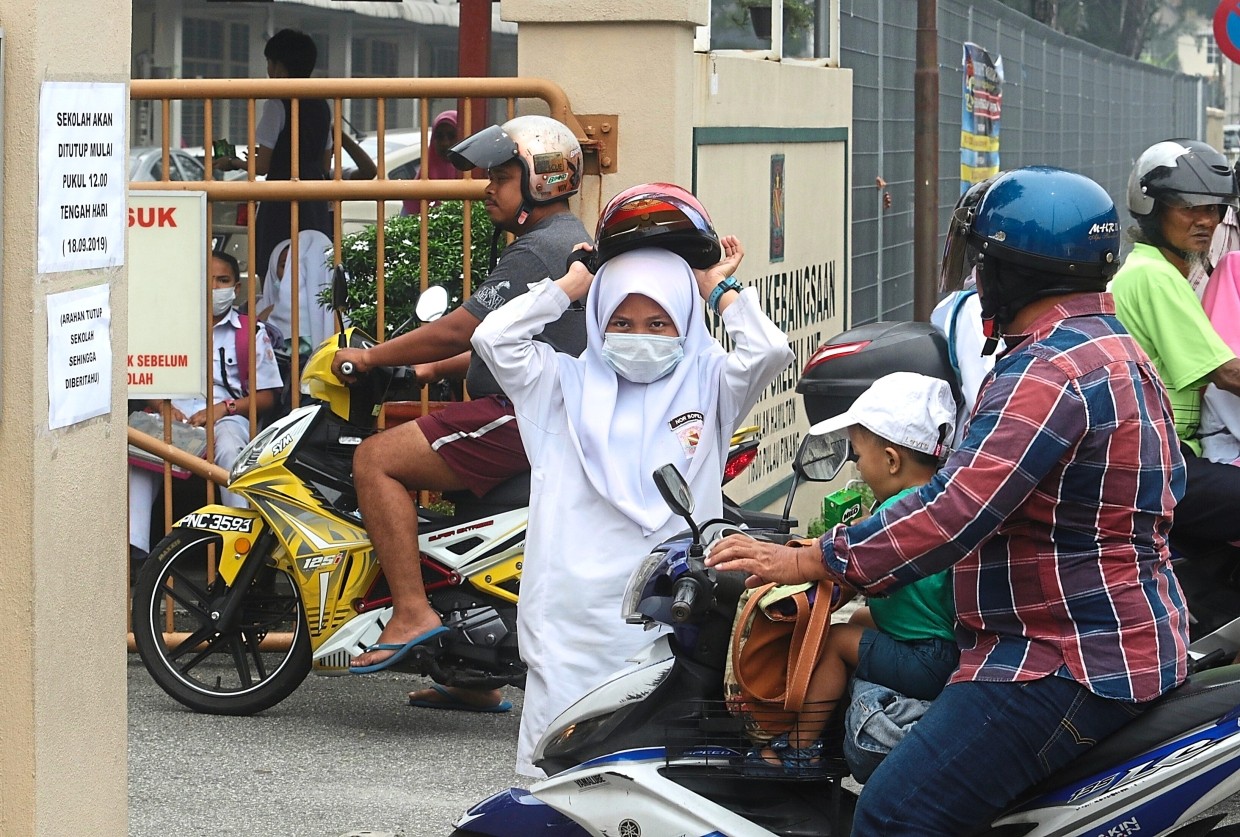 Parents picking up their children early after closure notice was issued for SK Convent Green Lane.

He said he was told that a private school on the island took the initiative to order its own closure on Tuesday.

Penang Education Department ordered 51 schools to close in the southwest district on the island at about 8am yesterday.

At the time, almost all the students and pupils had arrived at their schools and were gathered for morning assembly. 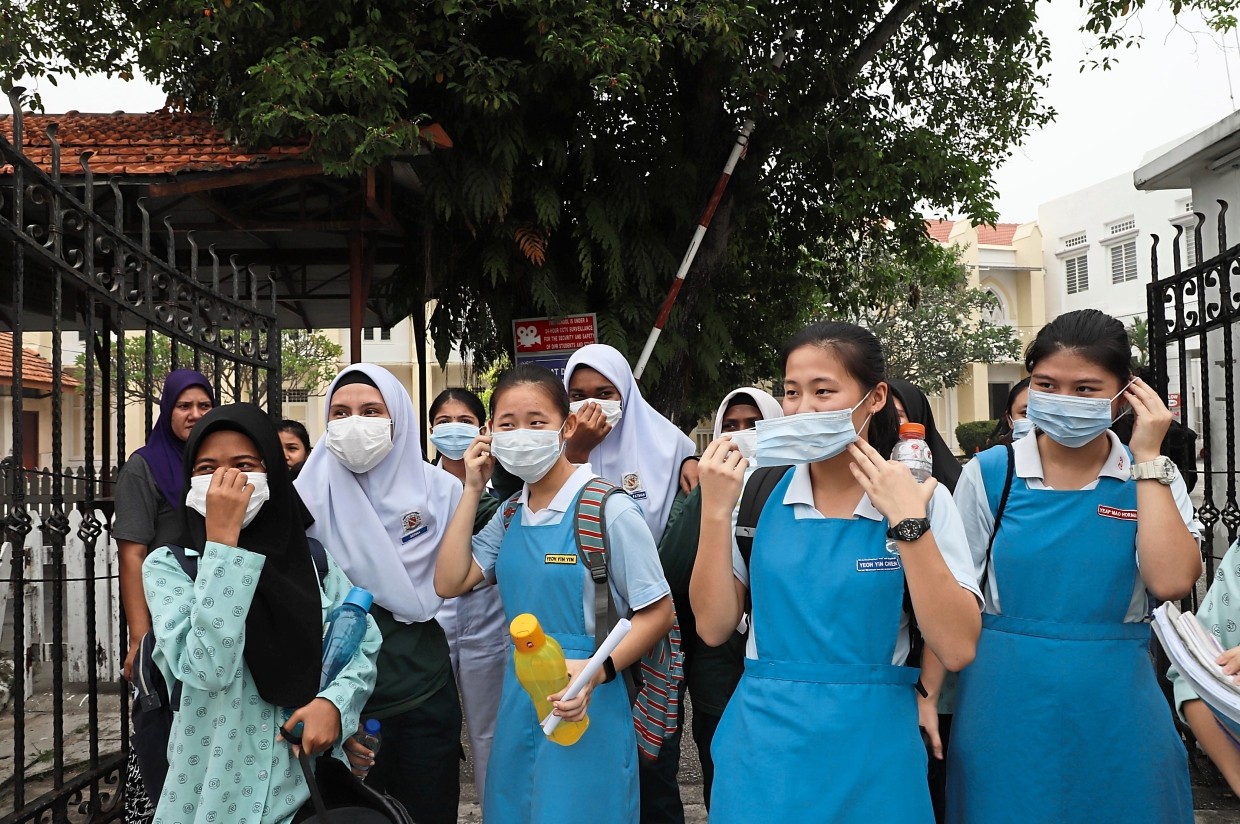 SMK Convent Light Street students putting on face masks as they wait for their parents.

In the northeast district, children went to school amid a thick haze, with an API of 185.

At 10am, the district’s API reached 203 and the order for schools to close at noon was issued shortly after that. 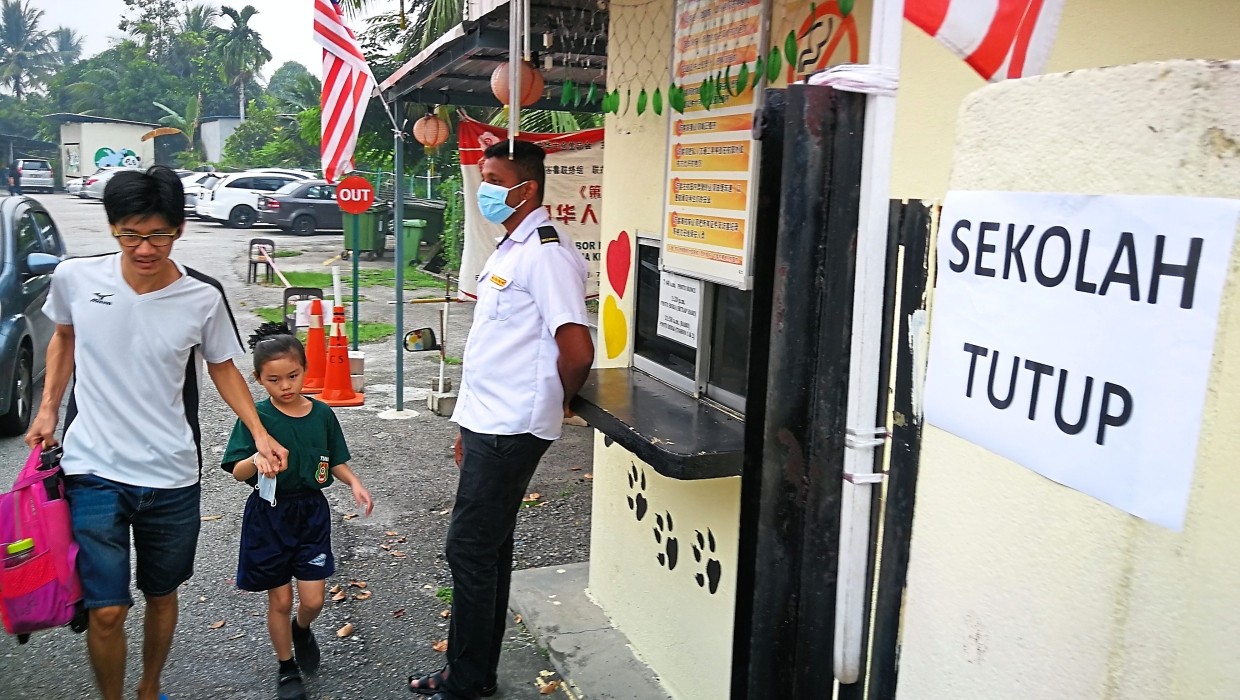 According to guidelines from the National Disaster Management Agency under the Prime Minister’s Department, all schools, kindergartens and daycare centres must close immediately as soon as the API hits 201 and above, categorised as ‘very unhealthy’.

When the API is between 151 and 200, categorised as ‘unhealthy’, the guidelines call only for the Disaster Management Committees in the federal, state and district levels to be activated.

When told of the parents’ unhappiness over the sudden school closures, Convent Green Lane headmistress Noor Azian Ahmat explained that schools had to follow orders from the District Education Offices. 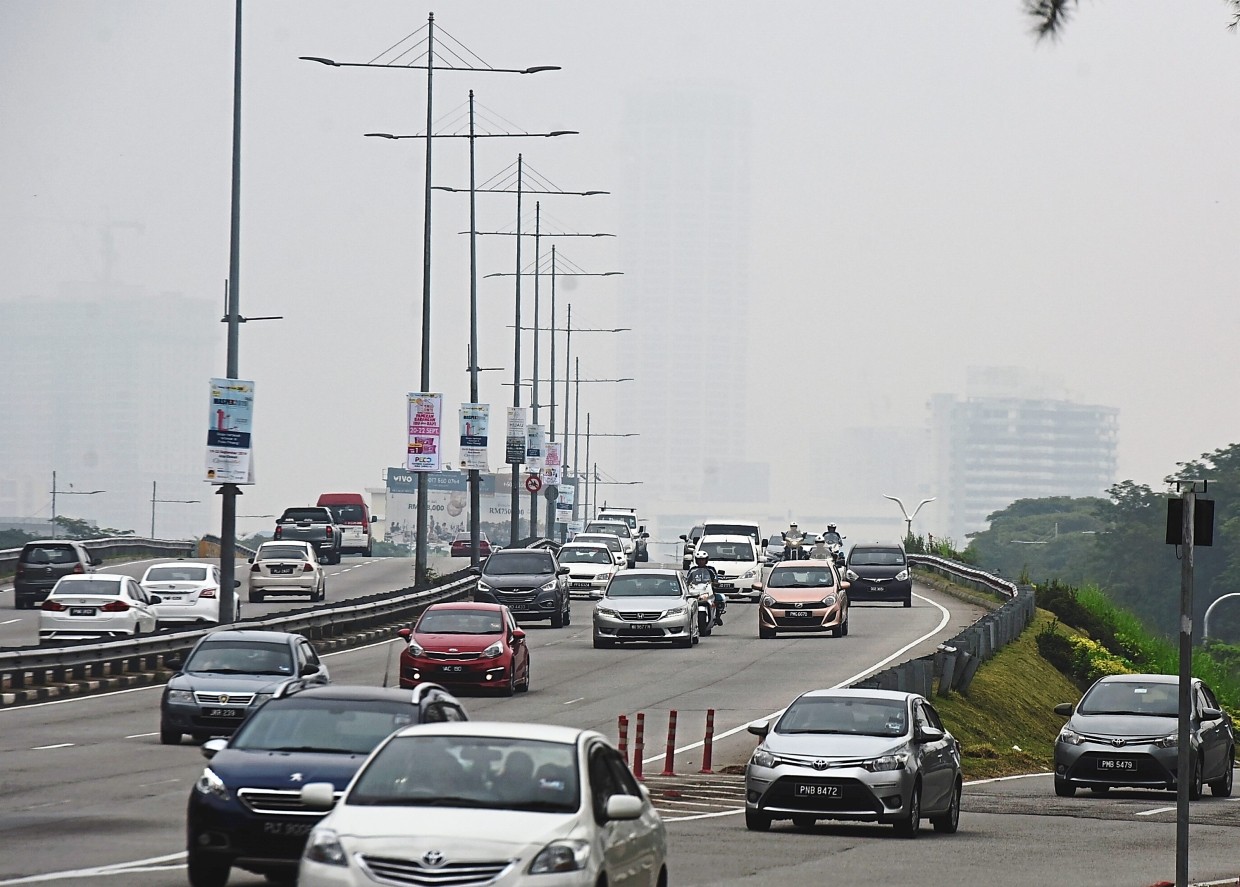 The Komtar tower can barely be seen in the background at Tun Lim Chong Eu expressway.

“We have to rely on the API readings and wait for instructions from above before declaring schools to be closed.

“There are procedures for this. We cannot issue the order to close the school before the API reaches the fixed level, ” she said.