‘Gazette hills to protect them for perpetuity’

There is an urgent need to preserve Gunung Lanno, say caving enthusiasts.

NATURE lovers are urging the Perak government to gazette limestone hills in the state as protected areas similar to a permanent forest reserve.

“In Gopeng’s Gunung Gajah, there is a species of tree known as “Hopea bilitonensis” or commonly called merawan batu kapur.

“It is listed by the Switzerland-based International Union for Conservation of Nature as critically endangered.

“But the hill is on state land and quarry activities are taking place nearby,” he pointed out. An aerial view of quarry activities at Gunung Lanno in Simpang Pulai.

Meor Razak was commenting on caving enthusiasts’ calls for the state government to protect the Gunung Lanno limestone hill in Simpang Pulai.

It was reported on July 5 that rock blasting activities at nearby quarries were threatening these sites.

It was learned that State Tourism Committee chairman Tan Kar Hing had requested some of the quarries to halt their rock blasting activities to enable scientific studies to be carried out in the area. 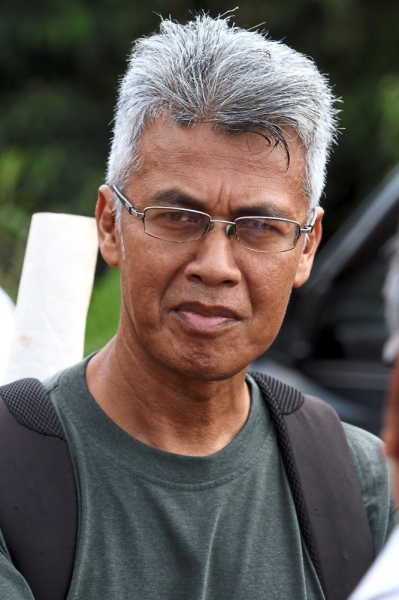 He was also quoted as having asked the state Minerals and Geoscience Department and Perak State Park Corporation to visit the caves.

Meor Razak said there were sustainable ways to generate revenue without having to destroy nature.

“The state should invite more researchers to conduct studies at these locations,” he suggested.

“When they come, they will usually bring in a team and could stay for months, thereby boosting business for local homestays and eateries.” The report which appeared in The Star on July 5.

He said Perak State Park Corpo-ration had confirmed to him that Gunung Lanno was part of the Kinta Valley National Geopark.

He explained that although Kinta Valley was declared a national geopark by the Sultan of Perak Sultan Nazrin Muizzuddin Shah last year, it did not mean it would be protected from quarry activities.

“There is a difference. If it is gazetted, there will be documents on its management and protection, similar to how our forest reserves are protected,” he added.

Meor Razak said it was ironic that in Ipoh, which is known for its limestone caves, none of these sites were gazetted as state parks or forest reserves.

“The only area in the country with limestone that is part of a protected site is the Perlis State Park, on the Nakawan Range,” he noted. 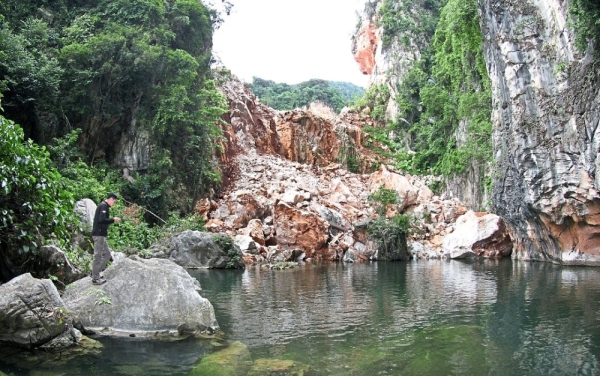 Gua Air is one of the many beautiful caves at Gunung Lanno.

After referring to the Ipoh Local Plan, Meor Razak discovered that some of the limestone hills here had been designated as quarry zones or for quarry-based industries.

“The quarry companies have valid licences so their activities cannot be stopped immediately without suitable compensation from the state government, and that may be an issue.

“Although the government has the right to take back the land for the benefit of the public, it may not be a viable option either as the quarries are a revenue stream for the state,” he added.

He said this would be one way to stop quarry and rock blasting activities.

A rock formation that looks like a tortoise in Gunung Lanno.

“The Forestry Department or the state park corporation should determine which category best fits the hill,” he said.

Hafizudin said the state government should set up a committee to protect forests, hills and mountains in Perak.

“Together with other environmental groups, we had asked the Perak Mentri Besar to do so with members comprising experts, local communities and environmental activists.

“The committee would be able to make recommendations on areas deemed suitable for development and other commercial activities.

A wall drawing found in one of the caves at Gunung Lanno, Simpang Pulai.

“Sadly, we have not received any response,” he said, adding that something must be done urgently before Gunung Lanno’s 36 caves were destroyed.

Hafizudin said as Gunung Lanno was on state-owned land, it should not be difficult for the government to gazette and protect the area.

“It would be sad if the state chooses to do nothing to preserve Gunung Lanno when it can generate income for the state through eco-tourism.

“We do not have many amazing limestone caves left, therefore it is important to protect the present ones,” he added.