REHABILITATION of Sungai Klang is under way to turn an area in Klang into a major tourism attraction for Selangor.

Called the Selangor Maritime Gateway, the venture will see the river cleaned up and various development projects planned around it.

This will include boardwalks at a mangrove swamp and at a riverside park, as well as water taxi services to transport tourists to these attractions.

The project is expected to be completed by 2022.

The Selangor government has engaged the services of Landasan Lumayan Sdn Bhd, an environment conservation company, to clean, rehabilitate and redevelop Sungai Klang right up to the river mouth at the Straits of Malacca.

Landasan Lumayan has removed tonnes of rubbish for a 56km stretch of the river. 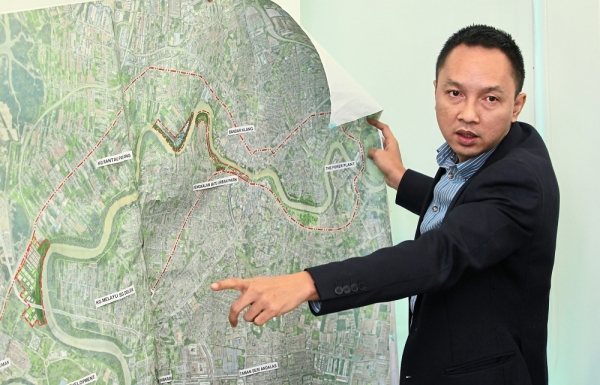 Syaiful says the first phase of the Selangor Gateway Project will be completed next year.

“Cleaning works started in 2016, but that was merely collecting waste and sending it to the landfill. At that point the river condition was very bad.

“There were a lot of waste and illegal dumping along the river banks especially near abandoned areas where access was minimal,” said Syaiful.

He said cleaning works became tougher as they had to work their way from Petaling Jaya right up to the river mouth.

The 50,000 tonnes of waste collected was huge, he said, as rubbish involving the River of Life project in the Kuala Lumpur stretch (110km) amounted to only 128 tonnes.

The first phase of the project is the redevelopment of the Pengkalan Batu Park which will be ready next year.

The 6.46ha park in Klang has not been upgraded for many years.

Given its strategic location, Landasan Lumayan plans to refurbish the dilapidated space and turn it into a modern park complete with water features utilising supply from the river.

“We want to show the public how water is treated naturally using vegetation.

“When people know the water quality is improving, they will understand our conserva­tion role better,” said Syaiful, adding that only Zone Two (see graphic) would be opened to the public next year.

The park, he said, was strategically located near the river and was not extensively enjoyed by the public.

Artist impressions of the proposed 1.6km boardwalks at the Mangrove Point (left) and the park (right).

“We want to enhance it further by introducing educational elements and creating greater awareness by getting the public to be more involved with what we are doing,” he said.

Syaiful said cleaning works have also managed to improve the water quality from Class V to Class III while certain areas were already seeing positive results with readings as good as Class IIB, which was suitable for recreational activities.

“We don’t have a target, but we generally want to reduce the bad smell and improve the colour of the water,” he said.

Some 15km from the park is the second project, which is developing a lesser-known mangrove spot.

“It is a pity that we have these beautiful mangrove trees growing along the river but can only be appreciated if we take a boat out to see them,” he said.

“We want people to enjoy the mangrove at close view without having to take a boat ride.

“That is why we plan to construct a 1.6km boardwalk for the public to walk to see the mangrove trees,” said Syaiful, adding that it would cost about RM17mil. Hoarding surrounds the Pengkalan Batu Park that is under construction beside Sungai Klang.

Facilities such as a cafe, public toilets, rest areas and educational zones would also be built for visitors.

Sightings of crocodiles and otters in Sungai Klang, he said, were also a positive sign that the water quality was quite good.

To maintain good water quality in the river, Landasan Lumayan has installed sensors along the river to collect data, including the water level.

“We know the daily readings from the rivers, even Selangor Water Management Authority (Luas) can monitor the water level and quality,” he added.

The project is also to increase public awareness on the importance of the environment.

It is also a message for those living near the river to not throw rubbish into the river and take ownership of the natural surroundings.

The benchmark, Syaiful said, was Singapore, South Korea, and even Melaka for doing well in promoting their rivers for cruises.

“Look at Melaka, restaurants and cafes are now opening their back doors to customers to dine along the river.

“We hope to do the same for Sungai Klang by not only removing waste but developing the area around it as well,” he said. 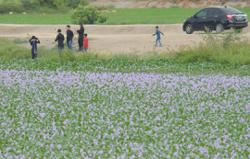