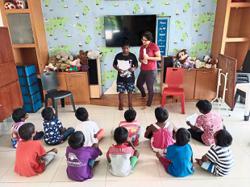 MORE people are becoming aware of the link between single-use plastics and the damage the materials are causing to the environment.

A number of consumers interviewed by StarMetro in Ipoh said they had begun carrying their own food containers and reuseable shopping bags when buying food and groceries.

Engineer Herman Iskandar Dzulkarnain Shuhaimi, 38, opted to have food packed in his own containers during Ramadan bazaar visits to help reduce plastic waste.

“I want to do my part for the environment. Some traders even gave me free kuih or discounts for my effort. But some also asked why I brought my own container.

“I believe it will take a year or two for the trend to pick up. However, slow progress is still progress,” Herman Iskandar said, adding that he hoped the Perak government would create more awareness campaigns against the use of plastic.

“They should have incentives like tax reductions for traders. We need everyone to play their role in reducing the use of plastic.” Some traders are adamant about retaining single-use containers and plastic bags because they are cheaper than biodegradable alternatives.

“Sometimes I wonder where the polystyrene or plastic containers are stored and if the storage areas are clean.

“Maybe I am over-thinking it but at least I know the container I bring is clean.

“I am definitely concerned about the impact of single-use plastics on our environment,” Nurul Shakila said, adding that she would carry at least five containers when buying takeaway food.

“Some of my friends have also taken steps to reduce the usage of plastic when they visit night markets.

“Some still use the containers provided by traders but they carry them in reuseable bags. I have also asked my family to do the same.” Nurul Shakila says she uses her own containers for environmental and hygiene reasons.

Some traders though are adamant about using single-use containers and plastic bags because they are cheaper than the biodegradable alternatives.

“Biogradable containers are more expensive than plastic. I can’t afford them because I just started my business a few months ago,” said drinks trader Amar Asyraf Yus Amirul, 27.

“But I encourage my customers to bring their own bottles to reduce the usage of plastic cups. In return I give them a discount or a little bit more of what I am selling.”

Conversely, some locals insist they recycle the plastic bags given.

“If plastic bags are free when we buy our groceries, I don’t see why I should stop using them,” said clerk Noor Ain Mokhtar, 30.

“I would reuse a plastic bag as much as I can rather than collect new ones, for instance when I shop at the supermarket or pack other things.”

N. Loshni, 22, said she tried to avoid using plastic bags but admitted that it was sometimes difficult. Herman Iskandar also brings his own containers when buying food.

“We are famous for our hawker fare, a food business that relies heavily on single-use plastics. Although there are options to use food containers, I don’t think it is being put into practice yet, at least not by the majority.

“Obviously the more educated are aware but what about those who have not been exposed to recycling?” she asked.

“Having lived in Kuala Lumpur before, I don’t think awareness on reducing single-use plastics is at the same level in Ipoh,” she added.

Loshni also questioned the Perak government’s decision not to ban single-use plastics unlike some other states.

“I am sure plenty of research has been done on the damage plastic and polystyrene have on the environment, which is why the ban was initiated in the first place.

“I think we are wasting time. We really need to do something to protect our environment.”

Ipoh City Watch (ICW) president Assoc Prof Dr Richard Ng said it was heartening to learn that more people were aware of the importance of protecting the environment for future generations.

“But more campaigns are needed to educate the public.

“They should engage more environmental NGOs and provide funding to them to organise talks in schools and communities.”

Ng said the state government should reintroduce the plastic ban revoked in 2017.

The state government under the previous administration had initially planned to ban single-use plastics in June 2017, but the prohibition was called off several months before to allow “further studies” to be conducted.

When contacted, Perak Environment Committee chairman Dr Abdul Aziz Bari applauded the initiative by the public to reduce the usage of plastics.

“People are now more aware about the harm of single-use plastics to the environment.

“The state government has not decided on banning plastic completely because we need to consider several matters, especially the impact of a ban on the industry,” he said.

‘Emulate other states and ban plastic’ 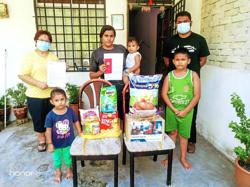